During the era of the EU LCS, H2K consistently produced highly successful or competitive LoL teams which made their absence from Riot’s franchised league and subsequent disbanding a shock to all fans.

In their parting message, the org said they preferred to “stand up and speak out” on the financial imbalances that Riot’s franchised league would present. And for League of Legends’ 10-year anniversary, Wells exposed “the truth of how much (LoL) teams are actually losing.”

Failing “to turn the esports landscape into a financially viable space for team owners,” Wells gave a rundown of conservative figures that he observed while operating his LoL squad.

Taking averages of “LEC incomes” which includes contributions from team sponsors, figuring in Riot sponsor’s effects, prize money (that presents an ideal scenario of a team winning both splits and Worlds), merch, and digital sales then subtracting the cost of actually fielding a whole org devoted to League of Legends would figure to a rough loss of -€1,485,232, or about -$1,637,973. 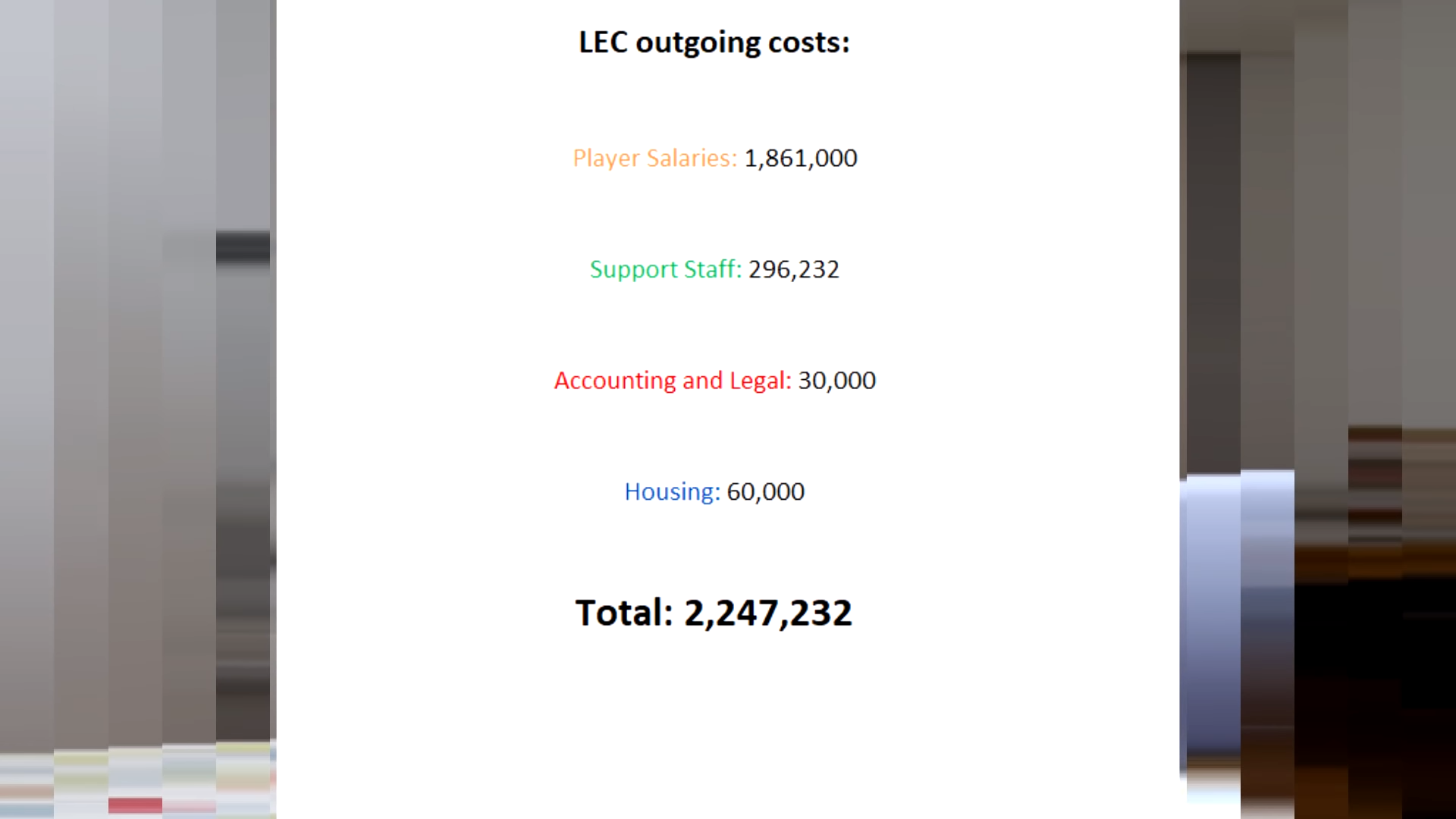 A total of what a League of Legends team, from players to coaches, could cost.
[ad name=”article3″]

Wells’ breakdown of the costs, to take one example, involved eye-opening margins such as the take-home an org roughly gets from a typical jersey.

Based on organizations using third-party vendors to make and distribute merch, “on a €60 jersey, a team is probably making no more than €12.” 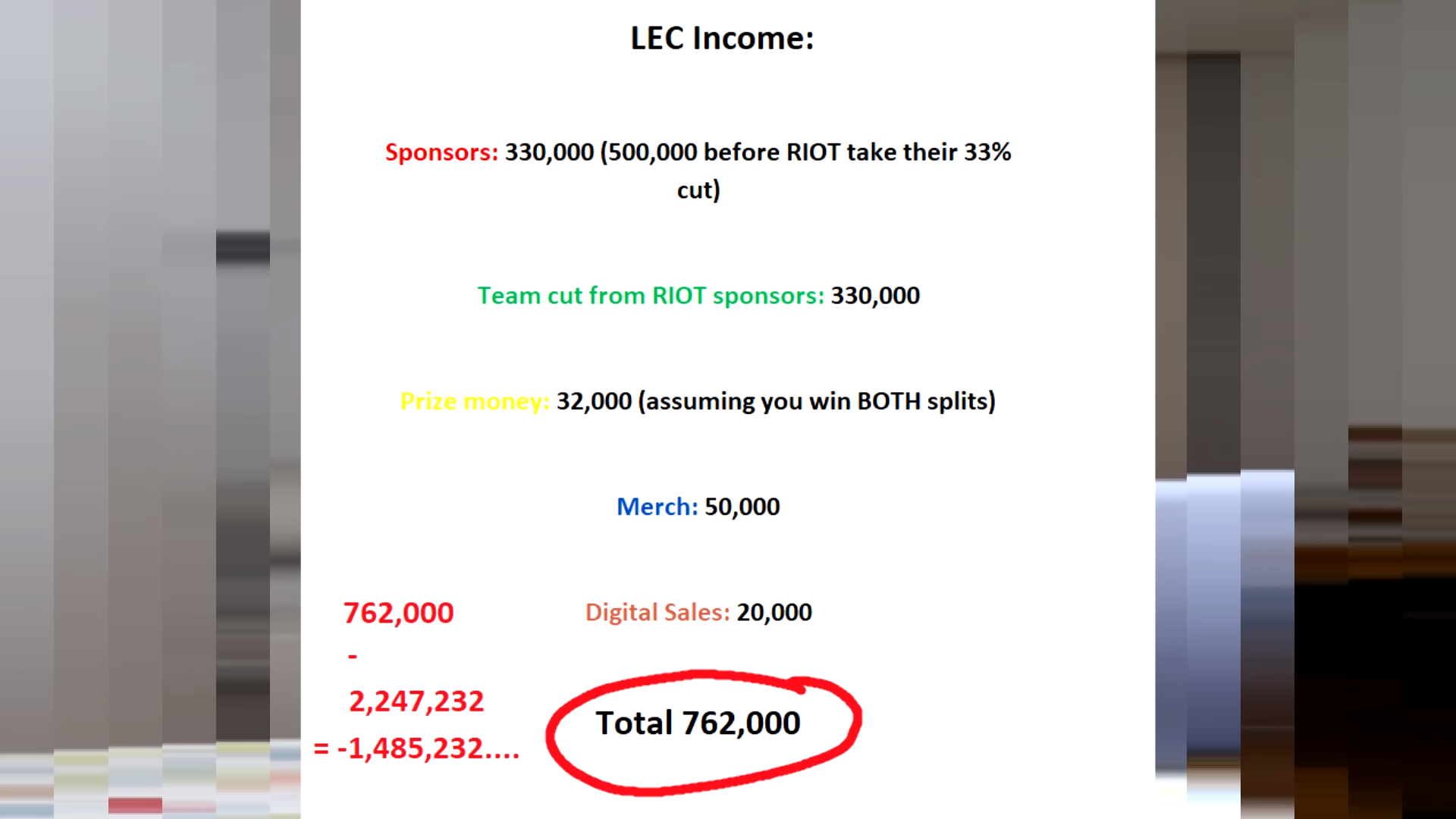 After all the dust settles, the average loss of what an LoL team can be.

The operating cost doesn’t figure in the reported fee of $10 million for orgs to be a part of Riot’s franchised ecosystem, nor does it take into account an org’s financial commitments to any other esports it might be a part of.

As a former executive for a popular org, Wells is fully aware of the pitfalls that buying into the LEC would have created. But he and his org believed that teams in the EU LCS “should not be expected to continue to subsidize a multi-billion dollar company.”

Wells said that Riot “correctly rejected” H2K’s application to be in the league. H2K “applied for the right to negotiate the contract” to include their stipulations, which would have asked a lot more from Riot’s part.

While he noted that there are obvious fluctuations in specific numbers based on the popularity or success of individual brands, the costs finally give fans a better picture on what it takes to run a franchised League of Legends team.