Doinb, who is known as the “Super Carry” back in China, has had a stellar calendar year ahead of his Worlds final berth. He earned his first domestic title with a 3-1 victory over Royal Never Give Up in Summer, and has finally spread his name to the world.

Arriving on the world stage, FPX seemed to struggle in the group stage, nearly losing their first-seed to LEC third-seed Splyce. They recovered, however, before defeating 2018 finalists Fnatic 3-1 in the quarterfinals, and then the defending champions Invictus Gaming, again 3-1.

And now, even though he’s now preparing for perhaps the biggest challenge of the tournament at the final hurdle, it seems like nothing could rattle Doinb and his infectious excitement. 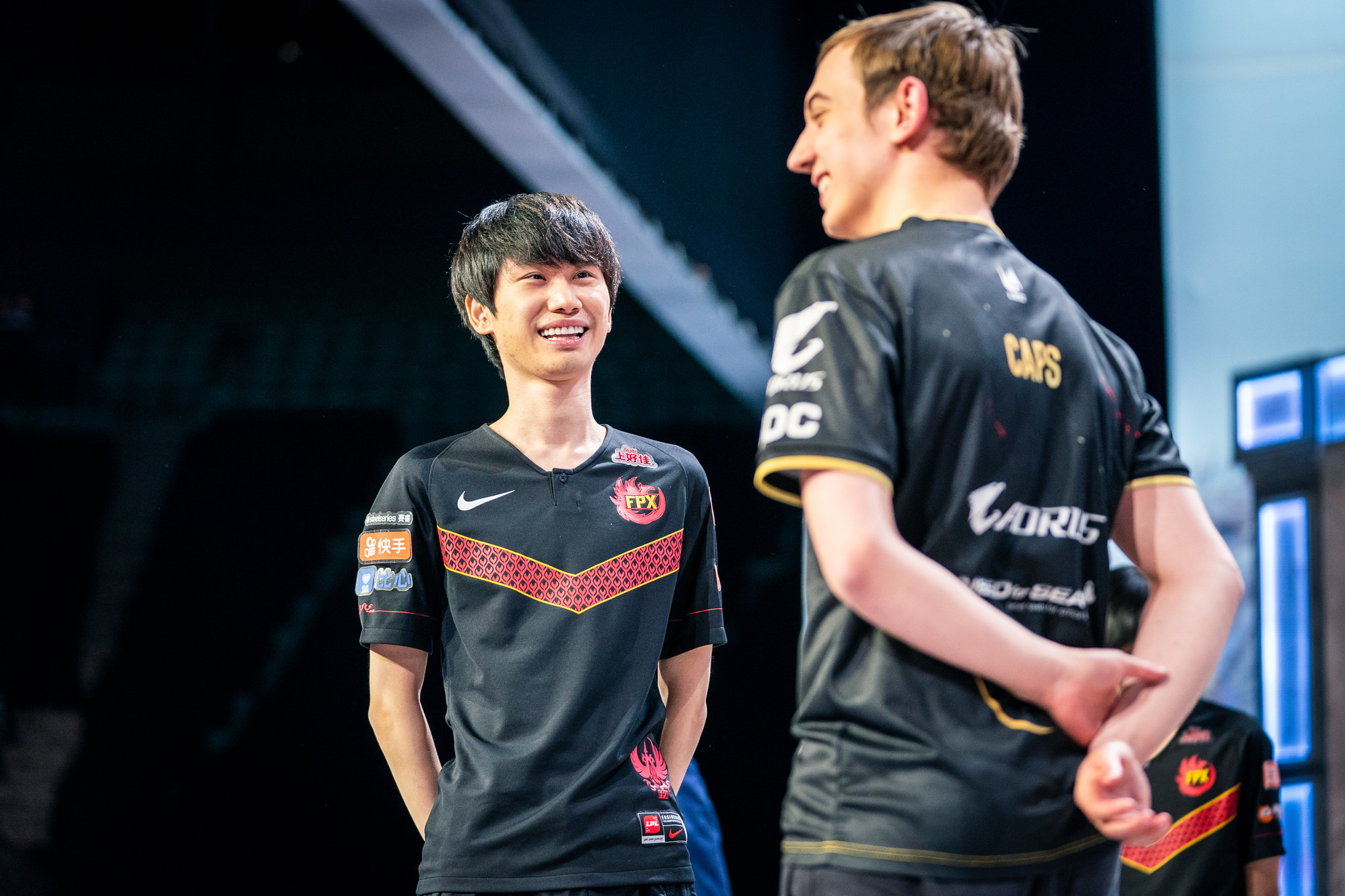 Find someone that looks at you the way Doinb looks at upcoming opponent Caps.
[ad name=”article2″]

It almost seems like he’s not taking the momentous occasion ahead of him too seriously, just like upcoming rivals G2 and their notorious roster stacked full of pranksters, and even admitted one of the main reasons he wanted to face the LEC champs was because of a conversation with Fabian ‘Grabbz’ Lohmann backstage ahead of the quarterfinals.

“I’m very much looking forward to meeting G2. I wanted to face against G2 because I talked to G2’s coach and told him that we are going to meet in Paris,” Doinb revealed after the team’s victories in the elimination playoffs at the Palacio Vistalegre, as translated by Inven.

He also added that he’d be excited to play against Caps since he saw the G2 star against Invictus Gaming in the 2018 Worlds final last year, where Fnatic suffered a shocking 3-0 defeat, and the LPL finally earned its first world championship. 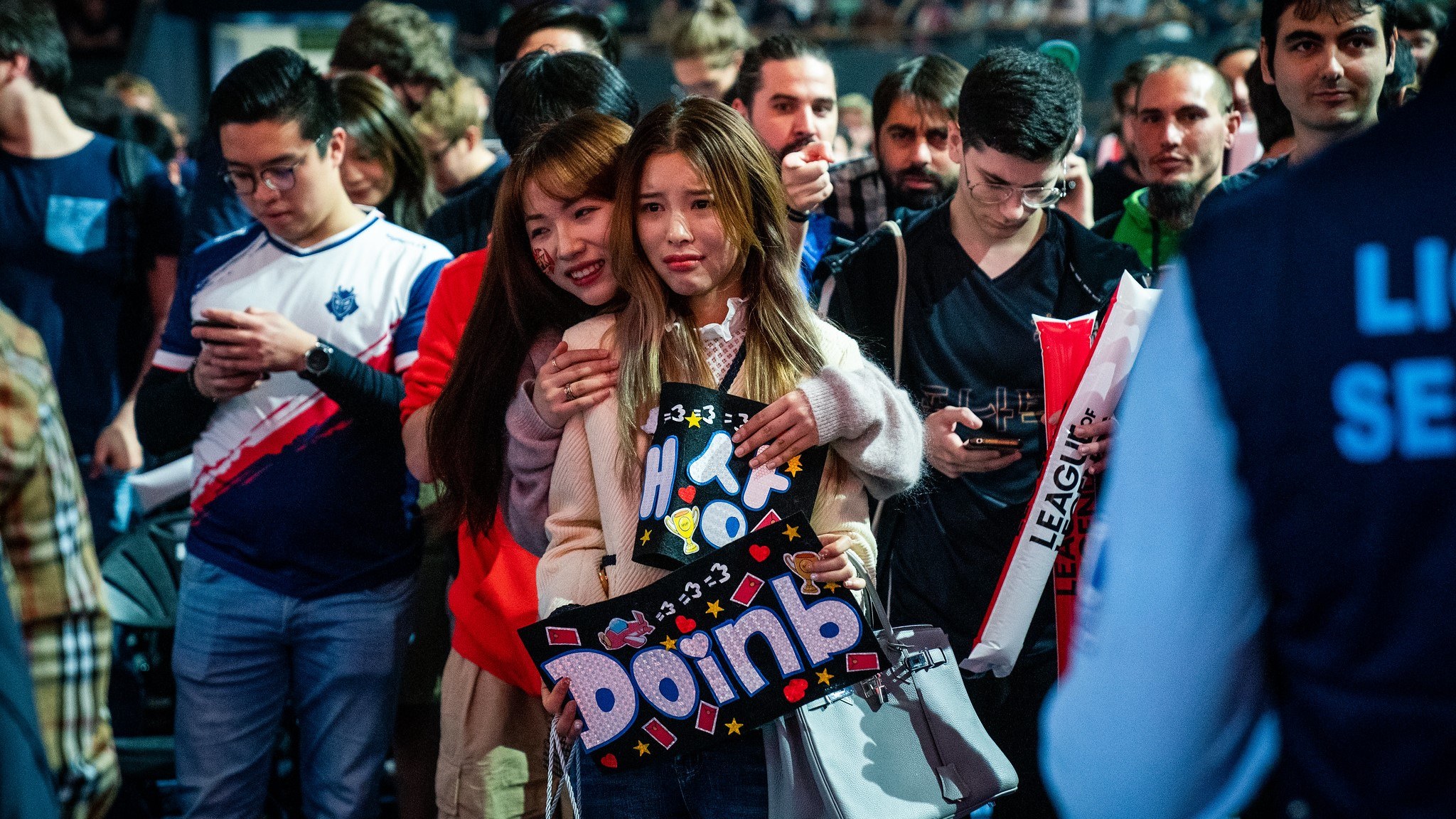 “I think Caps has a similar playing style with me,” he said, and joked that his “champion ocean” would win the day when they finally met face to face in the middle of the lane on November 10. “I still have more than 100 champions that I haven’t shown you guys.”

That’s not to say the LPL champion isn’t taking Sunday’s blockbuster clash seriously. In between his jokes and wide smile, Doinb seems to let on just how much the fate of China’s Worlds campaign weighs on his and his teammates’ shoulders.

There were even points he doubted his own skills, both during repetitive failures in the LPL, and during the slug-fest against Splyce in what should have been an easy Group C.

“I’ve never made it to Worlds before this year, and I’ve always doubted if it was of my own inabilities. However, with this win, it proved that I’m good enough to make it thus far,” he said.

“We were very nervous in groups. We’ve never played Bo1s, and none of us have never made it to Worlds before. I think our team’s much stronger in Bo5s, and when it comes to groups, I was very unlucky, and I don’t think I did very well on the two champions I’ve played.” 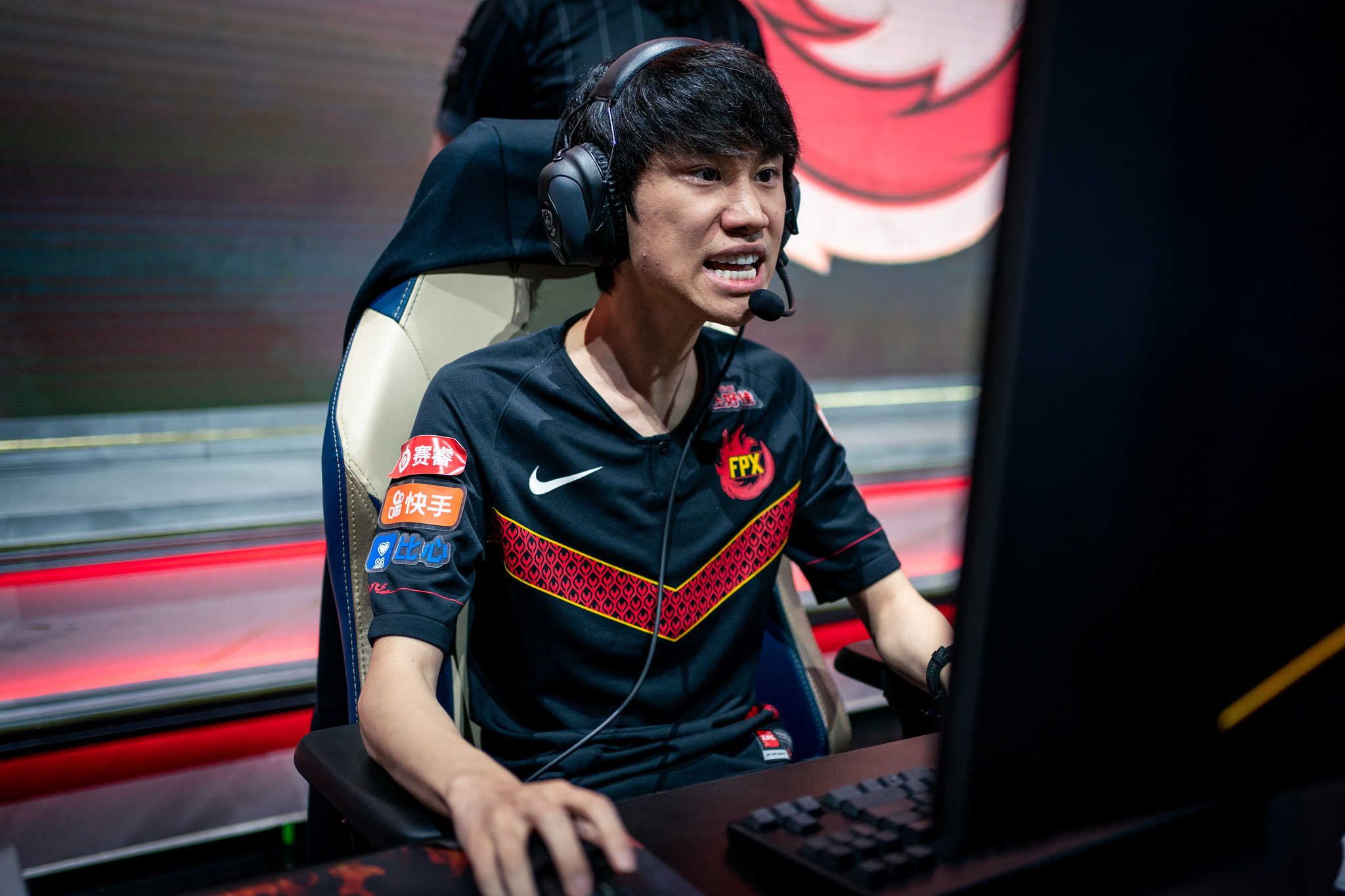 Doinb and his FPX roster also have a special objective that they could pull off at the AccorHotels Arena this weekend. G2 are hunting League of Legends’ first-ever grand slam, after winning both domestic titles and MSI earlier this year, and the LPL champs could play spoiler.

And, true to his happy-go-lucky personality, Doinb, even knowing how much the final means to G2, and how many French and European fans will be supporting their hometown team, called for the crowd at the AccordHotels Arena to cheer their loudest anyway.

“Whether it’s us or our opponents getting the kills, I can feel the passion from the fans, everyone’s cheering very loud,” he said with a smile, before showing his encouragement with a colloquial Chinese saying: “MOMODA!”

The grand final coverage is set to begin from 1pm CET on November 10, with new Riot music group True Damage and other musical acts expected to make up the Opening Ceremony, before G2 and FPX clash for the right to lift the Summoner’s Cup in Paris soon after.