A League of Legends fan has created a combined image of the new champion teasers that offers a more complete look at what the champion is capable of.

On January 3, Riot Games offered fans the first hint of what was to come with four teaser images which showed a mysterious figure laying waste to several champions of Demacia, one of the major regions of League of Legends lore.

The champions in question – Lux, Garen, Jarvan IV, and Galio – are all sword protectors of the realm in one fashion or another. Siblings Lux and Garen are of the Crownguard lineage, sworn to protect the throne, Prince Jarvan IV is heir to current monarch Jarvan III, and Galio is a stone defender awakened only by the presence of powerful magic.

That the mysterious new champion seems to have dispatched them all, along with the king himself, and is seen sitting atop the throne makes for a fearsome introduction.

The combined image by u/Kampsycho gives a broader look at the devastating power this shadowy new figure apparently weilds. 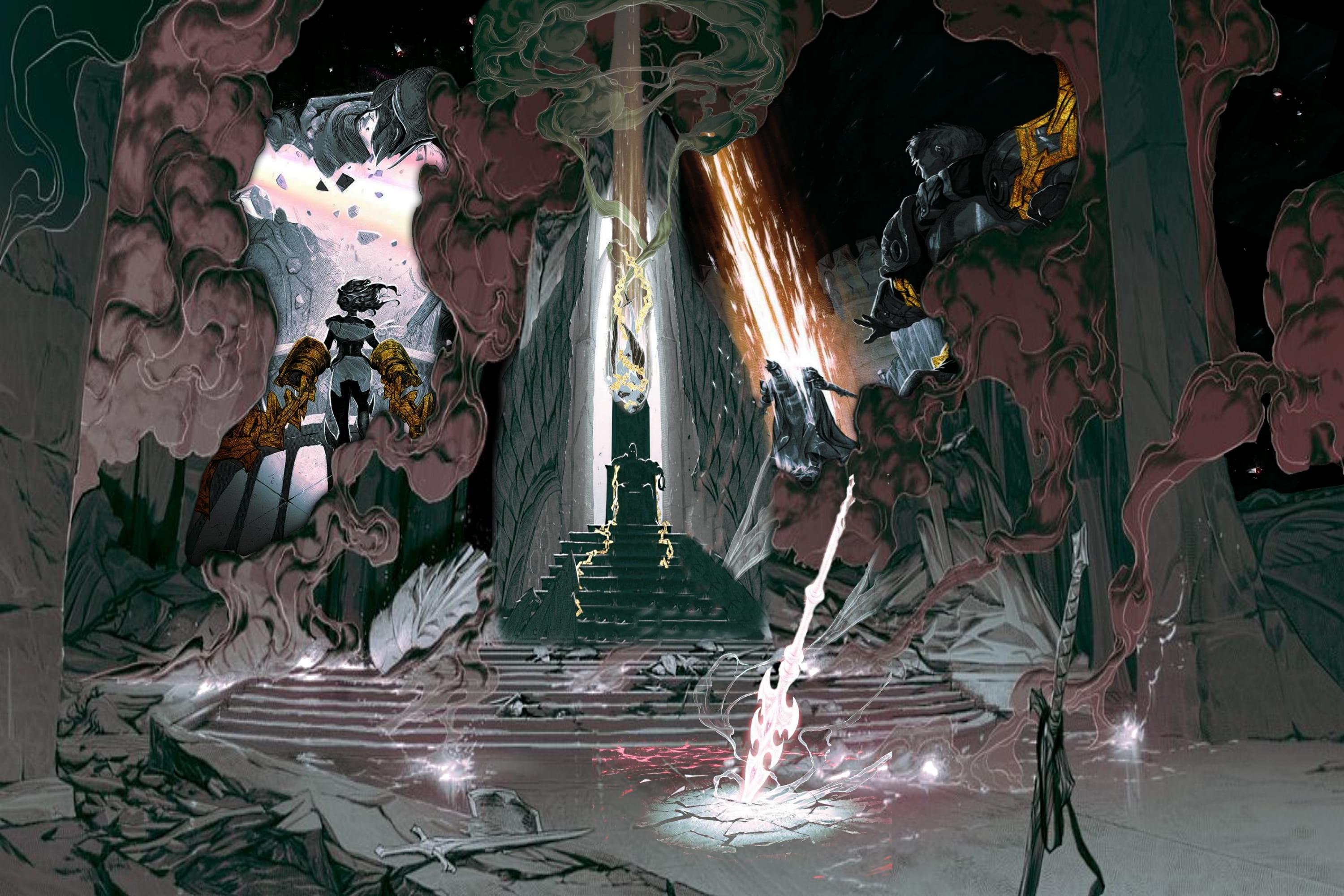 Fan theories have already begun to guess at who the figure might be, with most popular suggestion being Sylas, a character who appeared in a recent story set in Demacia and who appears to have the ability to redirect magic attacks.

In the story, called “Demacian Heart”, Sylas is seen as a boy, perhaps at the beginning of a journey that could end with his assault on the throne. Whoever sits atop the throne in the teaser images is certainly no boy.

With patch 9.1 expected to drop on January 8, fans are hopeful that another teaser or reveal – perhaps a trailer for the new champion – might be imminent.