League of Legends: Riot Games has dropped teaser art for a new champion in 2019

Riot Games are ramping up the 2019 hype-train for their new League of Legends champion(s?) as the developer released a few images that follow a recurring trend of evil-doings by the unknown assailant.

League of Legends mixes up its decade old MOBA by releasing new characters who bring new and exciting elements to the Rift, and will continue that trend for the next champion by the looks of the teaser art released January 3.

Riot Games have released four images that give a brief look at the dismay of popular Demacian characters while being either constricted or affected by a chain-wielding foe who is soon to come to the game. 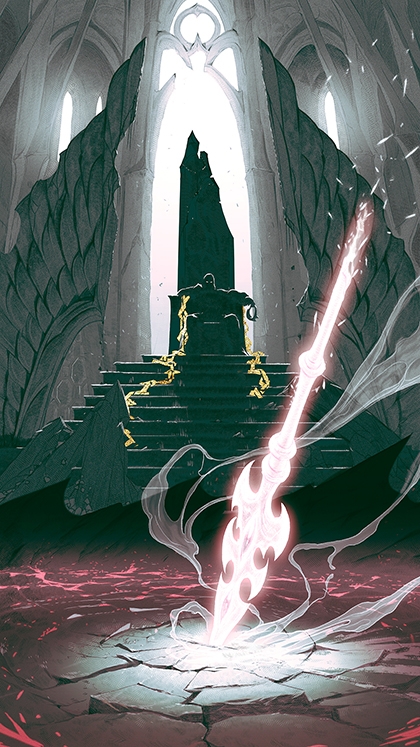 The silhouette of the character causing the mayhem sits on the throne as Jarvan IV’s ult has been expended with no sign of the nobility.

Each image is minimally stylized to depict a harrowing moment that carries grave consequences for the afflicted champion.

A discomforting similarity of each image lies in the succinct color palette used. With popular champions playing a secondary, grayed-out role in the art as opposed to the blazing gold chains and mysteriously pink hues that are causing the grief.

The chains seemingly belong to a villainous Champion who has been rumored to be a new top lane champion that has various Crowd Control abilities in their arsenal. 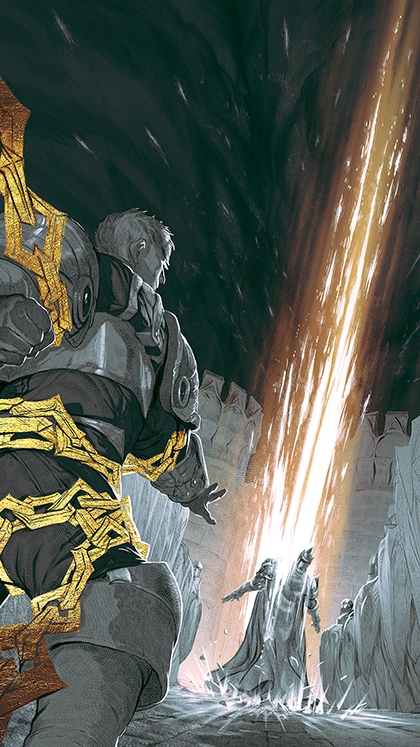 Seems that Garen is being held back as his Ultimate ability strikes his royal ward.

Various theories suggest the upcoming fighter to be Sylas, a character from a Demacian story released by the developer who shares similar characteristics to the events shown.

“The images shown here give off a vibe of a guy using one’s power against them, like how Sylas absorbed and redirected the magic power from that girl near the end of the story,” said Reddit user Jocelotknee.

The character is already garnering a lot of interest and is sure to be the center of much speculation as Riot Games releases more teasers in preparation for the champion’s debut.