The Early Access version of Hearthstone Battlegrounds is coming on November 5, and here’s how you can play.

Blizzard shocked fans around the world at Blizzcon 2019 with the announcement of Hearthstone Battlegrounds, the companies take on the popular Auto-Battler genre.

The all-new game mode is set to go into open beta on November 12, but here’s how you can try it out before then. 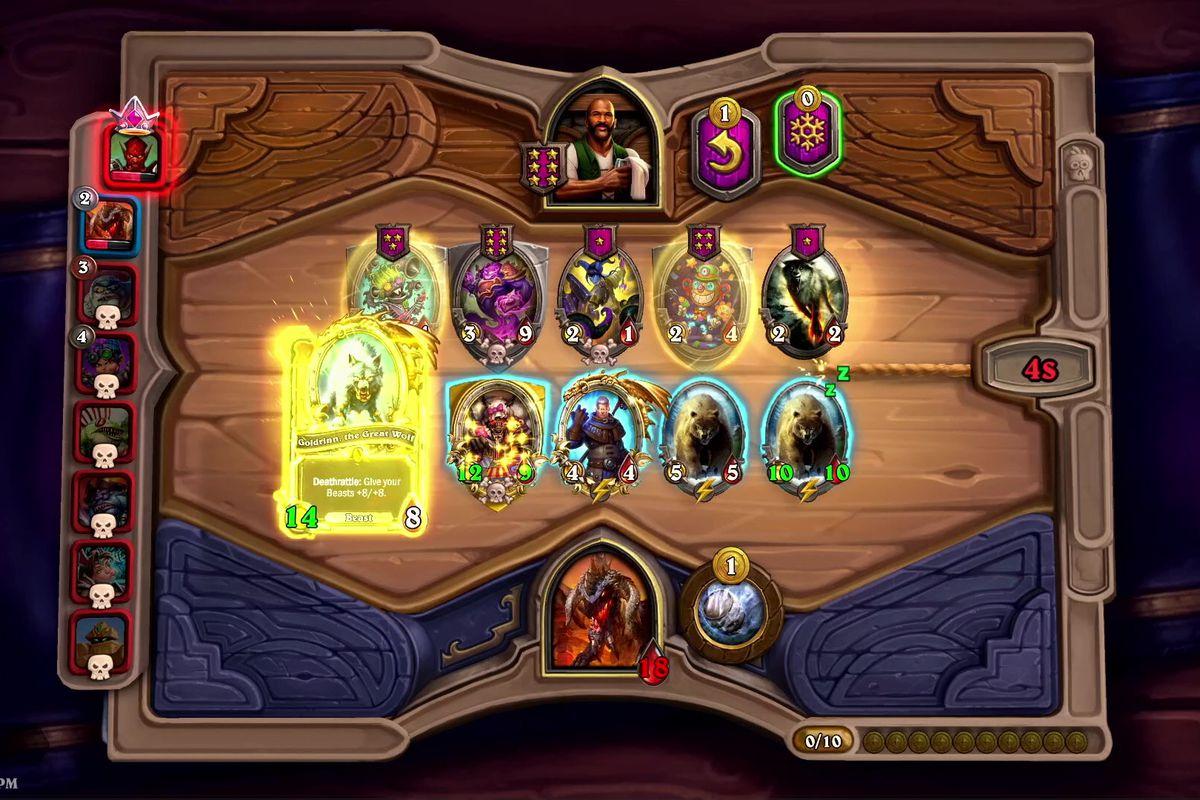 Hearthstone Battlegrounds is Blizzard’s take on the Auto-Battler genre.

What is Hearthstone Battlegrounds

Hearthstone Battlegrounds is Blizzard’s version of the Auto-Battler genera, which began with the ever-popular Dota Autochess. The game has a few unique Hearthstone twists, including Hero Powers, a variety of Heroes, and more.

So far 24 different Heroes have been announced, all of which can influence the game in a different way, giving players an incredible amount of tactical possibilities. 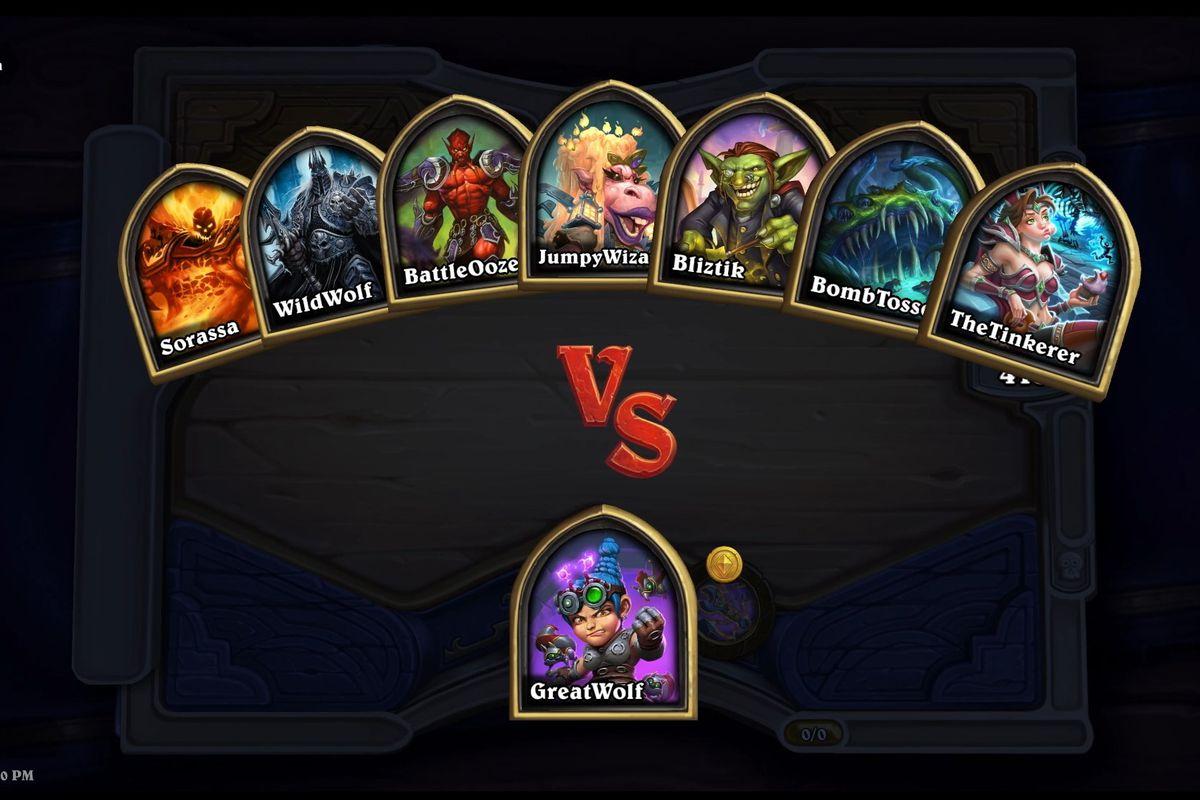 How to play Hearthstone Battlegrounds

Hearthstone Battlegrounds is set to enter early access on November 5, giving fans a chance to play the game ahead of the open beta if they have purchased the newest expansion bundle, Descent of the Dragons, attended Blizzcon or purchased the Blizzcon Virtual ticket.

An update is expected to hit the servers at 01:00 PM ET (06:00 PM GMT), it will enable access to Hearthstone Battlegrounds through the main menu, where you will simply have to click on it and press play.

For players that haven’t done any of the above, an open beta will launch on November 12.

This all-new game mode was announced alongside the new expansion, Descent of the Dragons, which finally adds more dragons to Hearthstone’s year of the dragon.

The expansion will launch on December 10, and it is likely to bring something new to Battlegrounds, as well as the base game.

Blizzard has confirmed Hearthstone will finally be adding dual-class cards in its upcoming expansion, Scholomance Academy, which is set to be released in early August according to the collectible card game developers.

Hearthstone has just unveiled its next major expansion, a wizarding school-themed set that evokes the world of J.K. Rowling’s Harry Potter franchise. The August expansion will be the second to be added in the Year of the Phoenix, following ‘Ashes of Outland.’

There are a few new features Blizzard are planning on bringing to their long-standing online trading-card game in the next expansion, they confirmed on July 14. Chief among them are “dual-class cards,” a first for Hearthstone.

Blizzard just unveiled its next Hearthstone expansion, Scholomance Academy, set to be released in August.

It’s not the first time the base classes have shared limited cards; the title’s fourth expansion ‘Mean Streets of Gadgetzan’ added “tri-class cards” to the pool all the way back in December 2016. There were only nine classes back then, however.

With the addition of Demon Hunter at the start of Year of the Phoenix, Blizzard can now split cards into five groups, each with two related classes. There will be ten dual combos all up in the August expansion release:

Each class pairing will be given four of the 40 dual-class cards on the menu in Scholomance Academy, Blizzard revealed. The devs also confirmed each of the ten pairings would also get a Legendary ‘professor’ minion as well.

The “Double Major” cards won’t be the only new addition for Hearthstone in the upcoming August expansion either. As per usual, the devs will also be slapping a new mechanic on the table; this time, it’s called “Spellburst.”

Basically, it’s a delayed spell power for minions and players alike. The new effect warns that it will “trigger a one-time additional effect when a spell is played.” It’s almost like a trap card from rival series Yu-Gi-Oh!, but built into minions.

Hearthstone fans will be able to pull off tricky spell traps with the new “Spellburst” cards.

The final new Hearthstone change for players to wrap their heads around for Scholomance Academy is a new spell type, “Studies.” These cards have Discover-only effects, but allow you to tutor up a specific type of card, like Demon or Mech.

Once you’ve collected your card, it will reduce the mana cost of the next card you play of that type. It certainly seems like a must-pick card for themed decks. The first that springs to mind is Paladin Murloc, which has run rampant in the Year of the Phoenix so far.

The super-aggro Hearthstone deck “Murloc Paladin” will love to get its hand on the new Studies cards.

So there you have it; everything we know about Blizzard’s upcoming Hearthstone expansion Scholomance Academy. Keep your eyes peeled on Dexerto for more details on all 135 new cards set to be released in the August set.

The next Year of the Phoenix release is expected to drop in mid-August. Ahead of the official expansion release, fans can get an “Academy Bundle” for $49.99 USD, or book themselves a whopping 80 packs with the $79.99 “Mega Bundle.”