Some GTA Online players may be looking to get their hands on as much cash as possible before the in-game Casino finally opens on July 23, but there’s a reason why they should avoid ‘Free money drop’ streams.

After years of waiting, GTA Online players are preparing to spend their hard-earned cash at The Diamond Casino and Resort once it opens on July 23.

Rockstar Games have already laid out what the new location will entail in terms of gambling – as well as revealing new missions, cosmetics, and vehicular content. Of course, this is all going to cost in-game money, and plenty of it too. There’s certainly a number of get rich quick schemes out there, including Twitch Prime Loot, but one method should be avoided at all costs – free money streams. 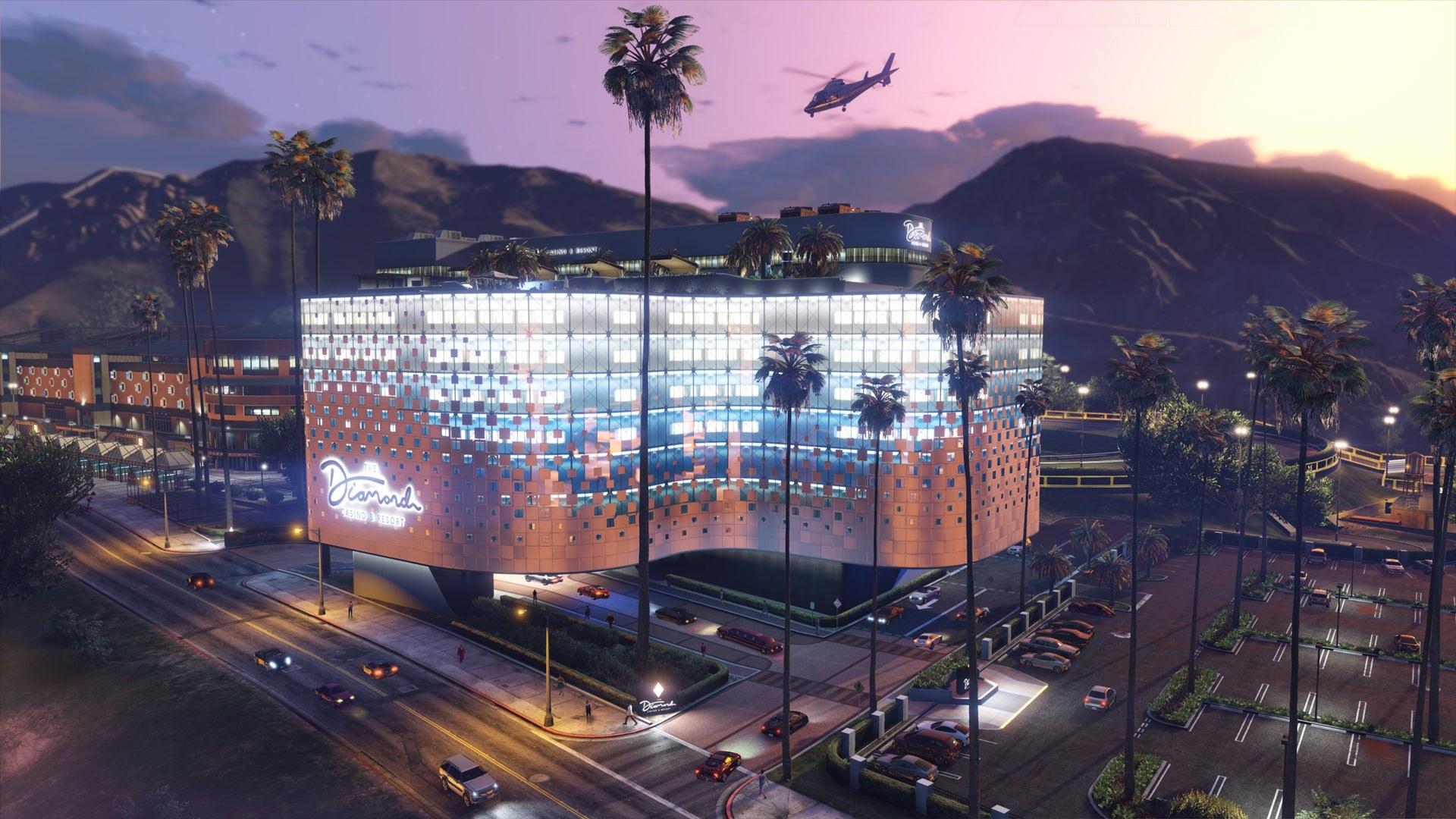 The Diamond Casino and Resort will finally open its doors on July 23.

What are GTA money streams?

Money streams are predominantly YouTube streams set up by accounts that want to show off their in-game cash hack that allows them to drop bags upon bags of currency. Within seconds, players can witness eye-watering amounts of cash changing hands.

Some will even offer viewers the chance to get an invite, provided they fork out with a donation. However, according to one investigation by Kotaku, the streamers behind these accounts generally won’t take too much notice – leading to a scam situation.

These ‘money streams’ can rack up hundreds of viewers but not hand over any prize.

During their research, Kotaku noted that streams could be found running for a ridiculous amount of time, with one going for 48 hours and another for a week straight.

Of course, these aren’t people playing for that long and they are not giving out free cash for following or subscribing. There are still plenty of ways to make money in GTA Online, provided you don’t want to splash out on Shark Cards, but prepare yourself for a grind.

With the Casino’s grand opening just around the corner, these streams are sure to ramp up but that doesn’t change anything and people will not be handing out free cash.

So, just be aware. It’s a much more dangerous minefield to navigate than Downtown Los Santos in a public session.