Twitter have announced that they are to update their rules to prohibit “dehumanizing language” on the social media site, possibly signaling a move towards clarifying the site’s rules on interaction and harassment.

In a blog post Twitter’s, Vijaya Gadde and Del Harvey said that the social media platform would be trying something new by asking users for their feedback on the policy before it becomes part of the official Twitter rules.

“With this change, we want to expand our hateful conduct policy to include content that dehumanizes others based on their membership in an identifiable group,” they wrote. “Even when the material does not include a direct target.” 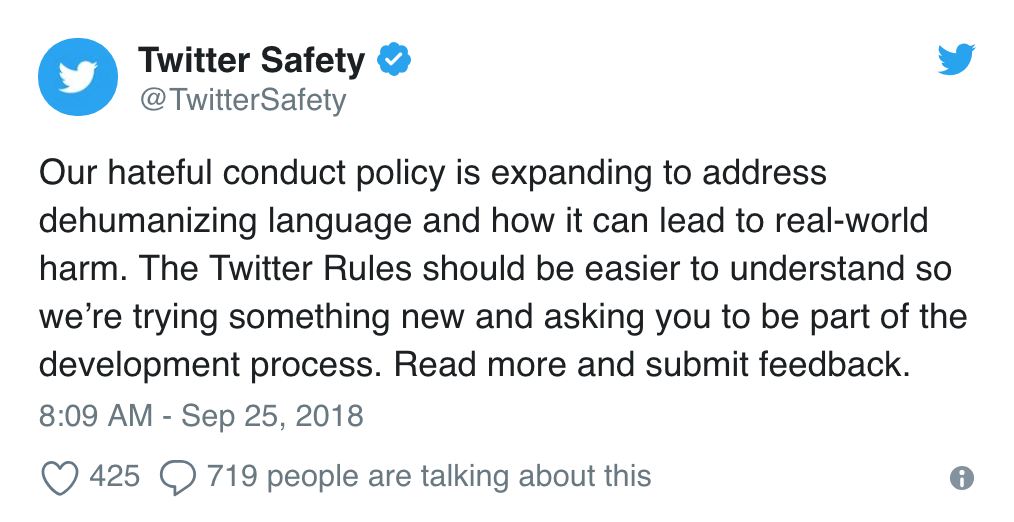 Twitter says it’s basing the new policy on academic research which shows that dehumanizing language can be a hallmark of dangerous speech, because it can make violence seem acceptable.

Users are invited to participate in a survey on the new rules that will be open until October 9, after which the site will continue with its regular policy change process and share what they decide with users when they update Twitter’s policies later in the year.

The platform has received fire in the past for its foggy rules on what is acceptable or bannable speech on the site, with many users tagging CEO Jack Dorsey in tweets showing abuse they received which saw no action by Twitter.

Whether or not this will affect the atmosphere on Twitter and what effect user feedback will have on the new policy remains to be seen, but users will be happy to see the social media platform listening to user responses while developing the new rules.

EliGE: “NIP Are Too EASY to Disrupt!” BLAST CSGO Interview