Former professional CS:GO player Michael ‘shroud’ Grzesiek has advised pro Fortnite players Poach and Myth to suck it up and get used to native resolution, after stretched res was restricted by Epic Games.

With the Fortnite World Cup around the corner, pro players were dismayed to find that Epic had locked aspect ratio to 16:9 in competitive matches.

Previously, Epic had also enforced native resolution, but had taken a more lax stance on this rule for the Winter Skirmish event, in what was seen as a positive step forward for the game as an esport. 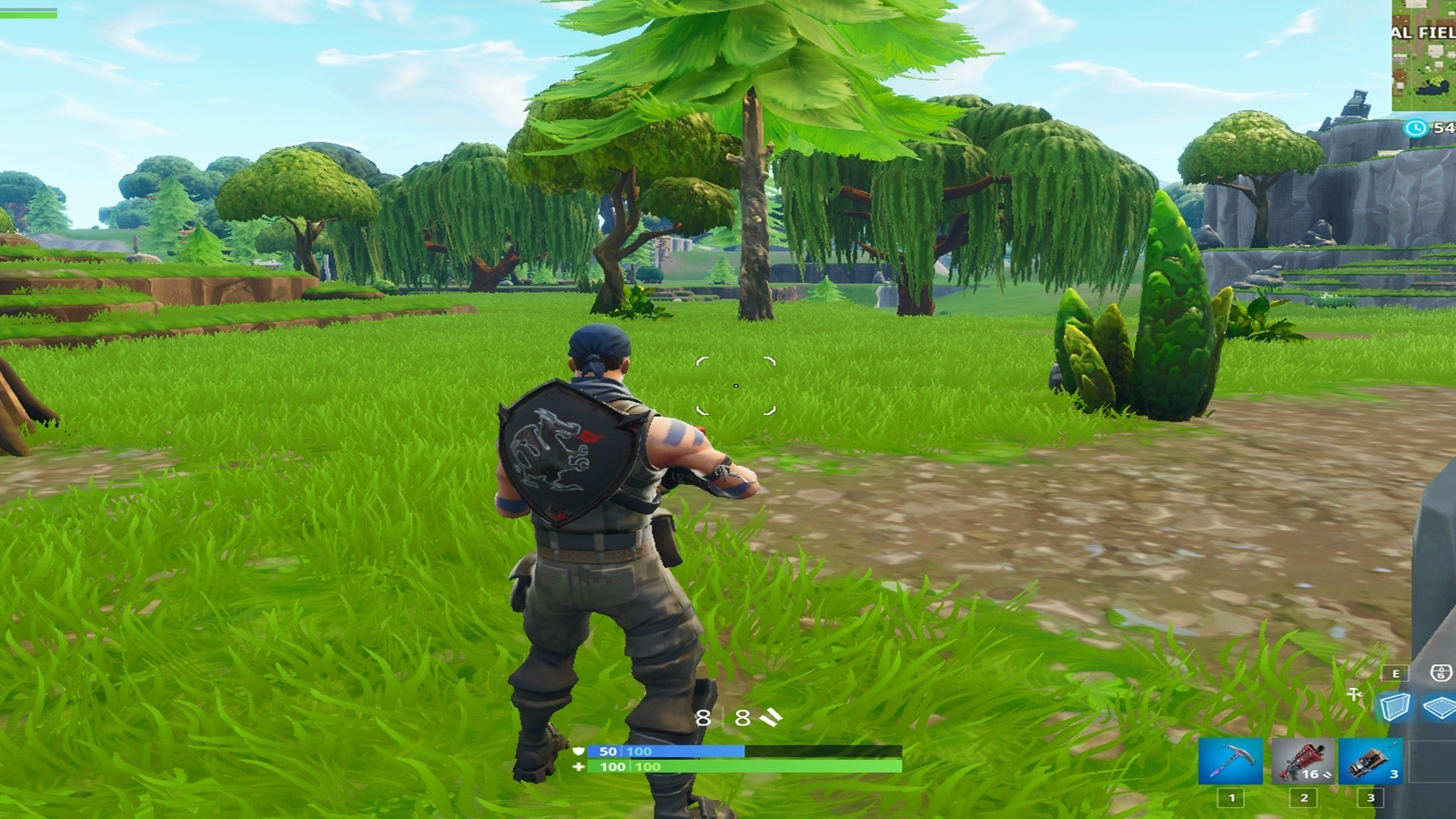 Competitive Fortnite players can no longer play in stretched res in tournaments.

On April 3, though, this move was reversed, with Epic stating: “in competitive playlists (e.g. Arena mode and in-game tournaments) we will be locking the aspect ratio at 16:9.”

But, just as the pro Fortnite players were in meltdown, shroud shared some reassuring words. The former pro player, who used native resolution in CS:GO, suggested that it was “the way it’s meant to be played”.

The way it's meant to be played baby, I'm excited and I don't even play.

As for Poach’s concern – that it hurts his eyes to play in native resolution – shroud claims it’s just because he’s used to it, and that he can train his eyes back to being accustomed the default settings.

Because ur eyes got used to that ugly res. You'll adjust ez, rdy to watch you slay in native. 😀

Having seen shroud’s advice, Myth said he was looking forward to playing on native resolution, having heard Grzesiek’s “motivational truths”.

With only a limited time to prepare for the upcoming Fortnite qualifiers and tournaments, however, some players are still concerned that it might take them too long to adjust.

Shroud says it will only take two weeks to be fully comfortable with the native resolution again, but only time will tell.

Qualifiers for the $30 million Fortnite World Cup will take place April 13 to June 16, giving all players an opportunity to qualify.

The top 100 Solo players and top 50 Duos will have a spot at the main event held July 26-28 in New York, but the qualification takes place in the in-game tournaments, which are of course now locked to native resolution.

Having competed at the top level of Counter-Strike: Global Offensive, mostly with Cloud9, shroud knows first hand the fine margins that decide winning and losing in esports.

CS:GO couldn’t be further from Fortnite in its approach to customizing the settings however, with everything from resolution, viewmodel and crosshairs to even the size and position of HUD elements all fully customizable.

However, shroud was one of the few pro CS players who stuck with 1920×1080 resolution, whereas many top players will use squat aspect ratio’s like 4:3, as opposed to 16:9.

Fans of shroud’s incredible skill in-game are waiting on him making a full recovery at the moment, as he suffers through a nasty injury and subsequent surgery on his left arm, after a nasty scooter accident.

Despite his injuries, he’s still been soldiering through and bringing his stream the content he’s known for, albeit for shorter durations and with bigger breaks – thankfully his famous aiming arm was unaffected.