Just when you thought that we might have waved goodbye to the fully covered snow map on Fortnite, its return might be being teased by Epic Games as snow is found falling once again.

The snow biome was added to the game at the beginning of Fortnite Season 7, with the v7.00 patch, and brought with it a number of different icy locations – such as Frosty Flights, Polar Peak and Happy Hamlet.

After weeks of speculation about the snow potentially spreading across the entire map during the festive season, it did come into fruition but suddenly all melted away just after Christmas day.

But now, it could be set for an abrupt return. 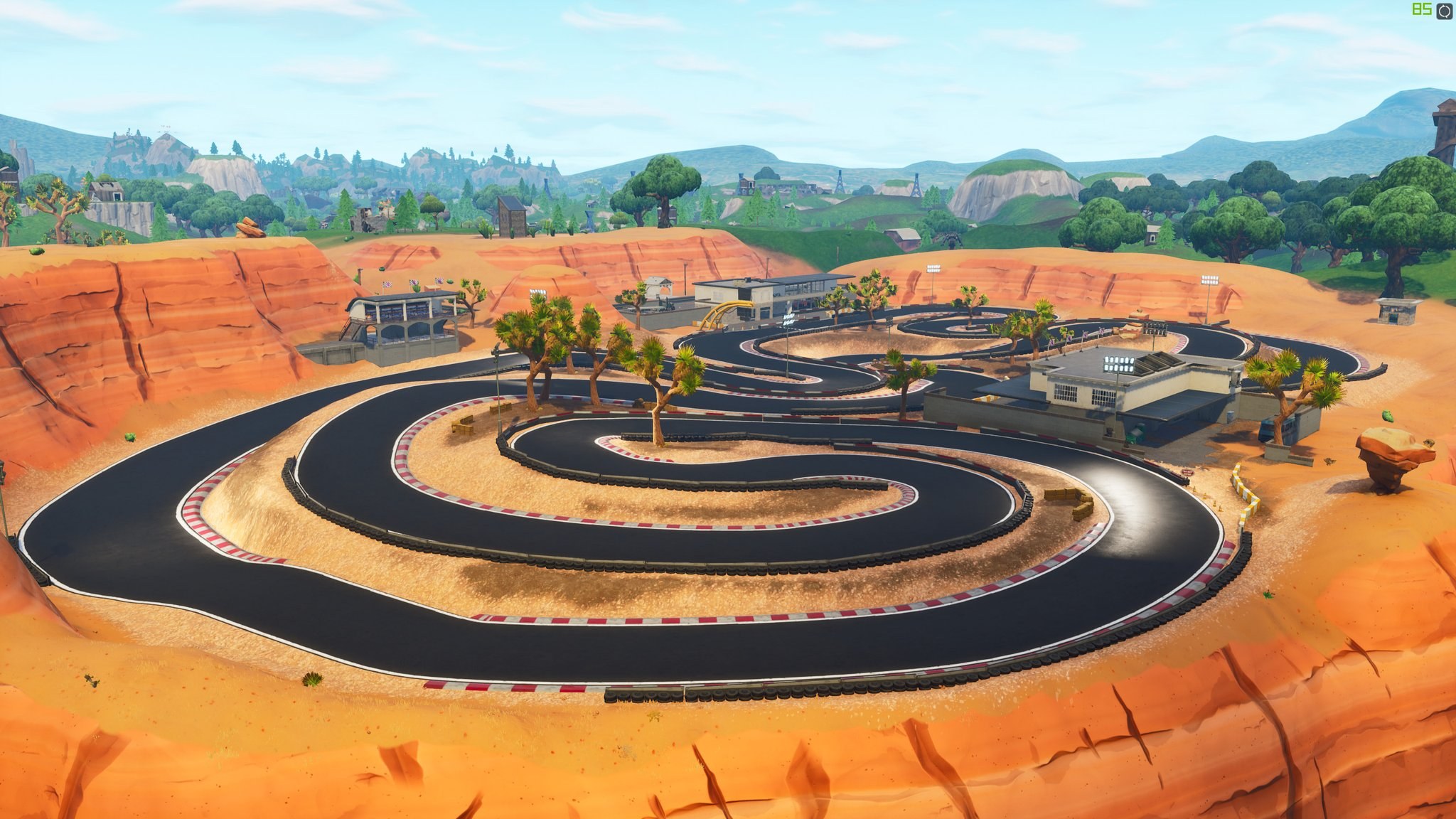 Fortnite’s race track, found in the desert biome of the map.

It has started to snow again on Fortnite and not just in the typical icy locations which you might expect. One Reddit user has posted a video which shows them walking near the race track in the desert biome, where the player is shocked to find snow falling around them.

Whether or not this is confirmation of the full snow map’s return is unclear, however it does seem strange for it to be snowing in these types of areas.

Other parts of the Fortnite map have been melting as well, with more and more of the Ice Castle at Polar Peake being revealed as time goes on.

As the ice melted, what looks to be a a series of dragon eggs have been found at the location. Their inclusion in the game were widely speculated before they found and recorded on December 21 by FortTory.