The developers of the popular battle royale game might be on a long-awaited summer break, hence the arrival of the 14 Days of Summer Fortnite event, but that hasn’t stopped them from revealing a potentially very exciting addition to the game’s weapon list.

The Drum Shotgun, which was first uncovered in the game files added with the v9.30 content update, has officially been added to the in-game news feed as of July 1. 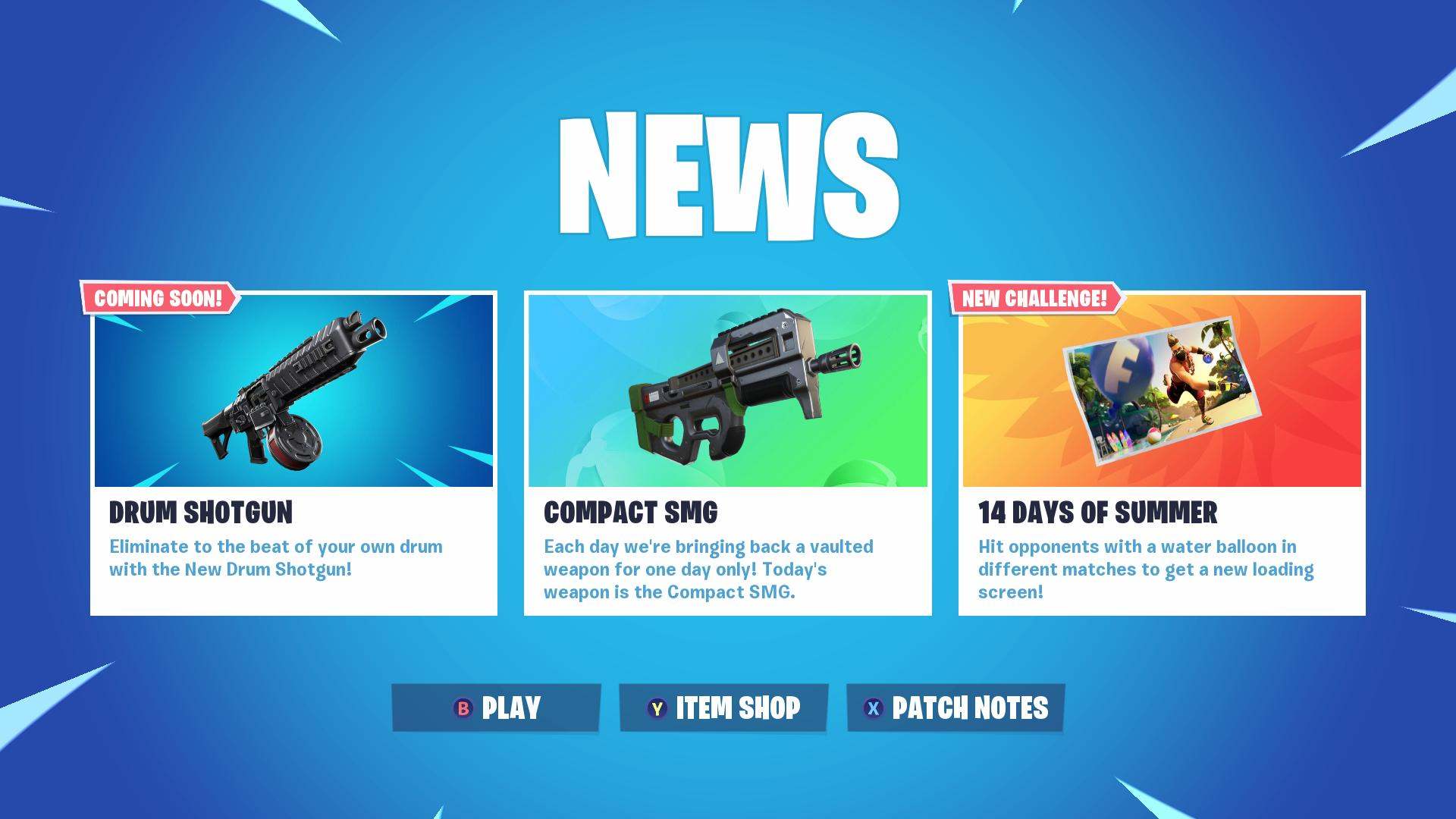 The Drum Shotgun has now arrived in the Fortnite daily news feed.

It is expected to be added to Fortnite with the game’s upcoming weekly update on July 4 and should come in three different rarities, Common, Uncommon, and Rare – if information included in the initial leak turns out to be correct.

The gun’s statistics have also been leaked by data miners ahead of its release, with the Drum Shotgun set to dish out between 4-5 damage per second with a fire rate of 4 per second, as well as a reload speed between 4.3 and 4.7 seconds depending on rarity.

Some early footage of the weapon can be seen below, posted to Twitter by KrispyLeaks on June 18.

Whether or not those details, provided by popular Fortnite leaker Lucas7yoshi, turn out to be accurate or not remains to be seen. After all, some of the details might have been tweaked since it was first added to the data files.

A number of other weapons have been unvaulted on a daily basis during the 14 Days of Summer event, including the Crossbow, Compact SMG, and others, some of which fans will have been excited to play with again.

However, there will be an overwhelming number of players wanting to get their hands on this new shotgun when it eventually lands on the game.

If it turns out to be anything like the Drum Gun, but in shotgun form, there’s no doubt that this could be a game changer.