Now, Epic Games have added a brand new batch of seven challenges for fans to complete, with players rewarded with Battle Stars for completing each challenge.

As always, three challenges will be open to anyone who owns Fortnite Battle Royale, while the other four are solely available to players who own the Season 8 Battle Pass.

Battle Pass owners will also have the chance to unlock a brand new loading screen, which can be used to find this week’s hidden banner for the game’s Discovery challenges, by completing all seven of the weekly challenges. 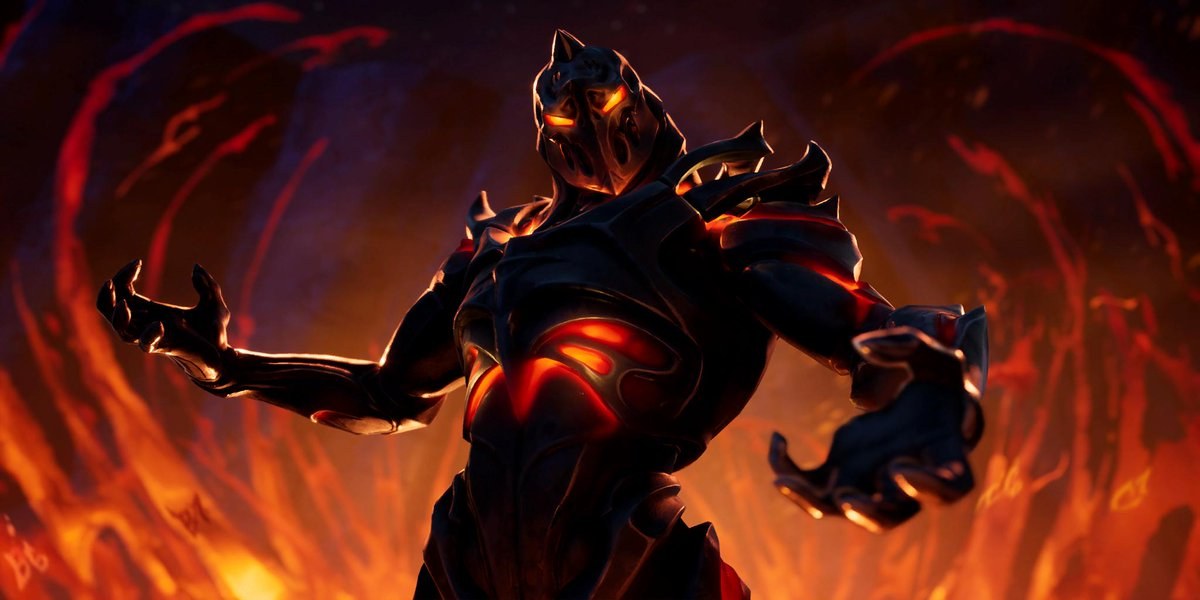 If you have completed all the challenges from the previous weeks of Season 8, you’ll also be able to unlock and use the special Season 8 Ruin skin, pictured above, which becomes available to anyone who has completed 55 challenges throughout the course of the season.

This week’s challenges are some of the toughest we’ve seen in Season 8 so far, with a bunch of never-before-seen tasks that players will have to complete, including using a massive telephone and searching for jigsaw puzzle pieces.

The Season 8 Week 8 challenges in full.

If you’re struggling to complete any of the Season 8 Week 8 challenges, we’ve created some handy guides that should help you earn those Battle Stars.

As expected, Discovery challenges continue in Week 8 of Season 8, with players searching for a hidden banner this week rather than a Battle Star. You can find its location here with our useful guide.

Fortnite fans need to use the Week 8 loading screen, which features a number of coordinates on it, to find the banner, but you’ll need to have completed all seven challenges before embarking on the search. If you’re struggling to locate the banner, you can use our guide which will lead you to the location, and save yourself some time.

To complete this staged challenge, players will need to head towards Paradise Palms and find the sign located in the desert city that has a treasure map etched onto it.

Once found, players will need to use it to figure out where the X on the treasure map is in the game, and head there for your Battle Star reward. 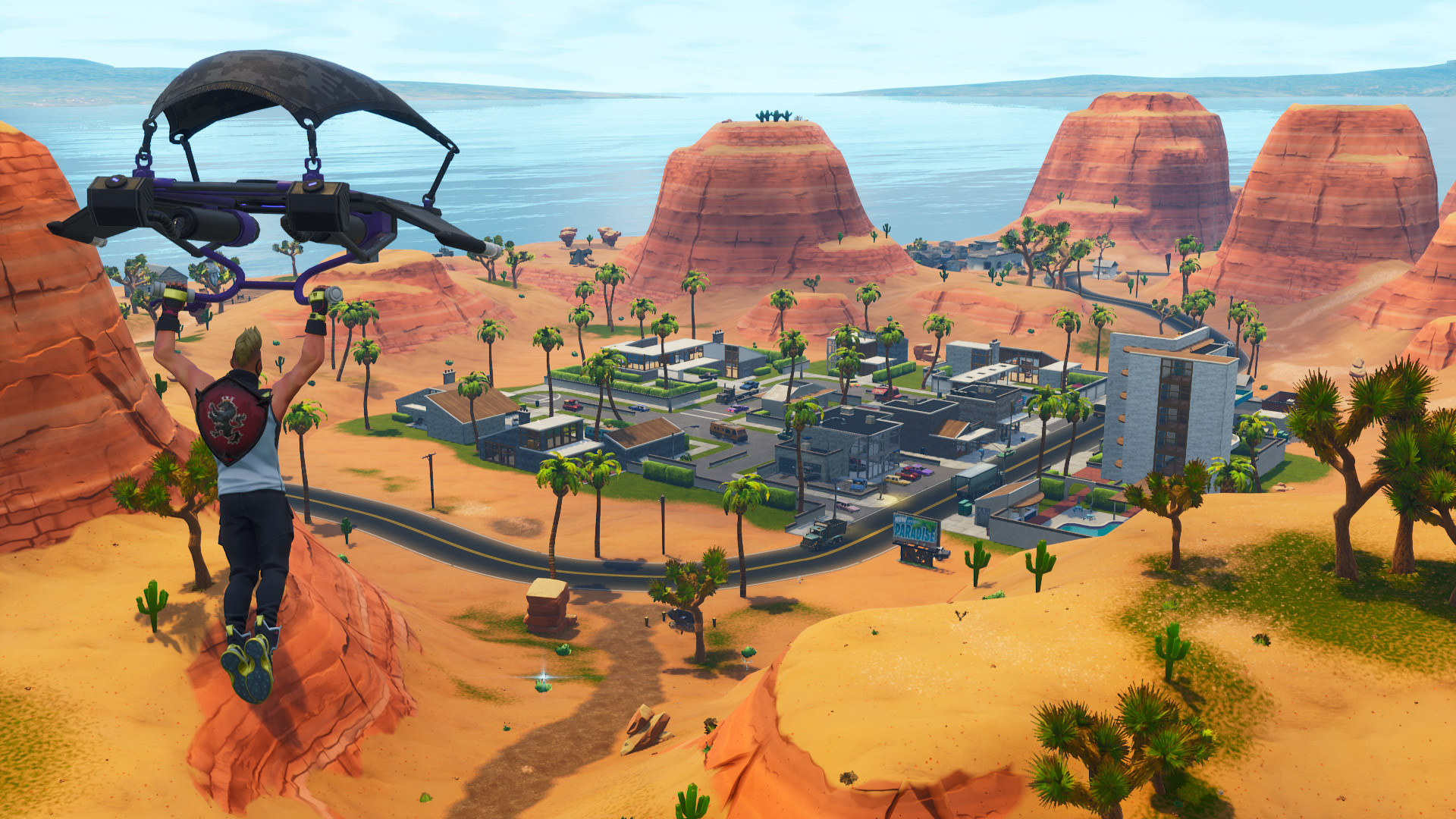 Paradise Palm is the destination for players who want to complete this challenge.

Fairly straightforward, fans will need to be on the lookout for Vending Machines, which can be found scattered across the map in a number of different locations.

These machines will grant players powerful weapons and items, and when used in three seperate matches, will also reward players with five Battle Stars.

Jigsaw pieces have been hidden across the Fortnite Battle Royale map, with players tasked with finding them. They’ve been hidden in caves and under bridges, so the north-east corner of the map will be the easiest spot to pick up the peices you need to complete this challenge.

Eagle-eyed Fortnite Battle Royale fans will have noticed that two gigantic telephones have appeared on the Fortnite island, and these are integral to completing this staged challenge.

The number for each establishment can be found on the phone to make it easy to hit them in using your pickaxe, with the ring of the telephone confirming that you have completed the stage. Players must visit the phone close to Fatal Fields first, before heading to the second one at The Block. 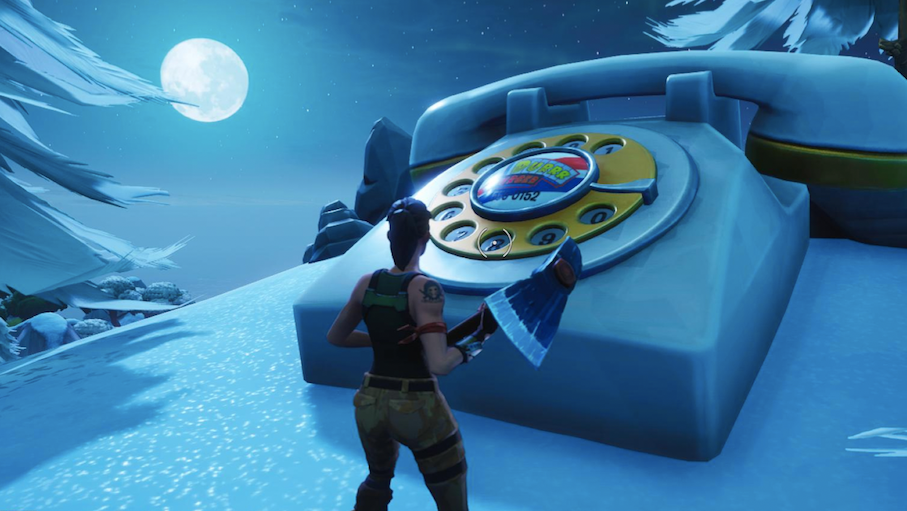 Big telephones have appeared on the island.

Another simple challenge, players will need to head to either of these two named locations, and take down enemy players who are there.

You don’t need to drop here to complete this challenge, but doing so will probably give you the best chance at finding opponents, as the longer the game goes on, the less players will be in the match.

Eliminate two opponents from at least 50m away [10 Battle Stars]

It’s time to test your aim, as long-range kills are the goal if you want to complete this challenge. The easiest way to get the Battle Star reward for this one is to use a Sniper Rifle, as the scope will make aiming much easier, while the weapon’s power means you will likely only need to hit one shot.