Fortnite’s new V7.30 Content Update has officially gone live, giving fans a look at one of the newest additions to the game, Bottle Rockets.

Bottle Rockets were officially announced via the game’s built-in news feed on Sunday, February 2, with the caption “Loud, bright and dangerous! Warning: Do not light indoors.”

Now, the new weapon has officially launched in Fortnite, and players already getting a glimpse at how powerful this item could turn out to be. 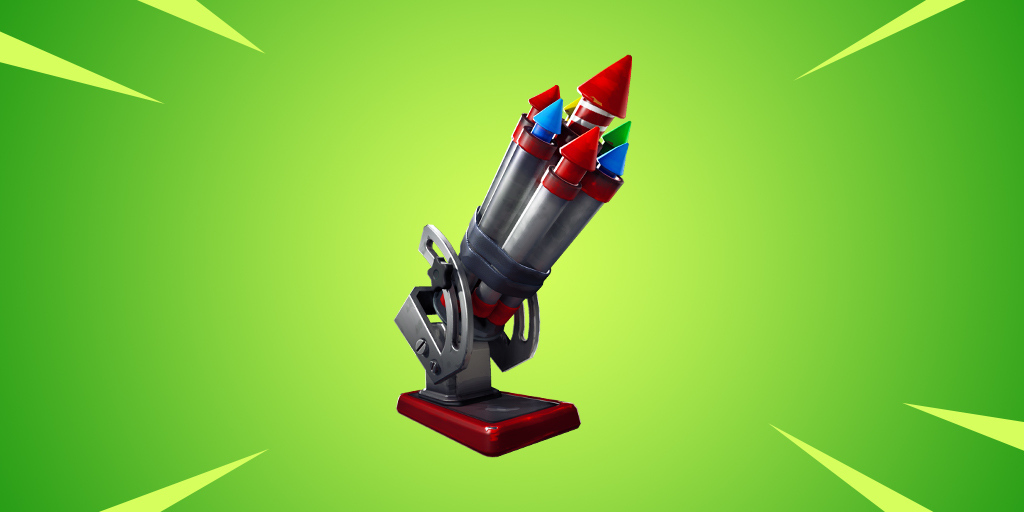 Bottle Rockets were included in the V7.30 Content Update.

In a clip posted to Fortnite’s Twitter account, a group of players can be seen running into a Durr Burger location to take cover from an oncoming enemy onslaught. Instead of building or charging into the diner after them, the rushing team took a different approach, instead placing down the Bottle Rocket item.

Once lit, fireworks are seen flying away towards the Durr Burger, dealing damage to the building and destroying most of it in less than 10 seconds.

Soar over to the Patch Notes to see what's new: https://t.co/adgQtEAQXg pic.twitter.com/SH8x1ltJLv

The item fires 45 rockets in the space of nine seconds, and deals 10 damage to enemy players with each explosion, and 40 points of damage to environmental and player built structures.

Fortnite fans are already unhappy with the new item, with one fan calling them “Another nerf to building in Fortnite” while watching the items destroy parts of the castle inside Polar Peak in seconds.

Bottle Rockets Footage – Another nerf to building from r/FortNiteBR

Players will only be able to place down two at any one time, but a full squad with a number of these items could quickly tear down an enemy building in a matter of seconds, much like the now vaulted Boombox.