Epic Games have officially released the patch notes for the Fortnite v10.10 update, which finally arrives on PC, PS4, Xbox One, Nintendo Switch on Wednesday, August 14 after a delay.

The v10.10 patch was originally set to launch on Tuesday, August 13, until Epic Games were forced to announce that they had found an issue in the build, and would be pushing back its release until they were able to address it.

Thankfully, the delay only lasted a day, with the patch finally launching on August 14, bringing with it the return of Retail Row, Fiends and some major changes to the BRUTE mechs. You can view the Fortnite v10.10 patch notes below.

The headline change in the v10.10 Update is the return of another popular location from the abyss, as Retail Row springs back to life in the location it formerly stood, with Mega Mall now gone completely.

Fans of the popular battle royale game were expecting to see the shopping location return following the appearance of a Rift Beacon, which has been used to signal where the next major map change is scheduled to take place, with one popping up at Neo Tilted before it became the wild west-themed Tilted Town. 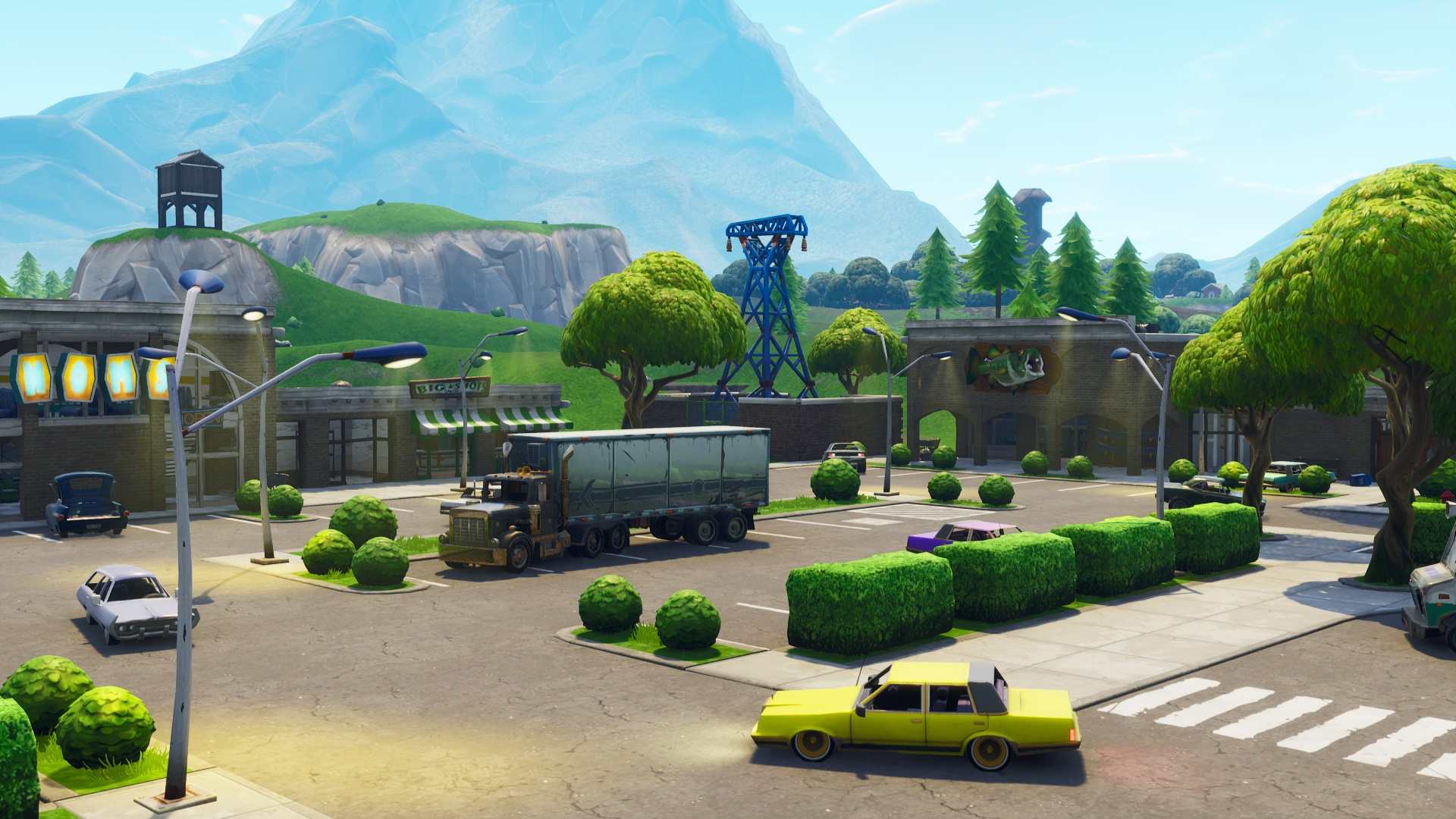 Retail Row has returned to Fortnite in place of Mega Mall.
[ad name=”article3″]

Not all is well in Retail Row though, as players who were hoping to see the return of the location with no strange twists set to be sorely disappointed, as Fiends have taken over the location entirely.

The Fiends first appeared as part of the Ice Storm Challenges back in January, and are crazied zombie-like creatures that chase down players and deal damage if they manage to get thier hands on you.

The creatures will drop weapons, consumables or ammo when they are eliminated, and the good news is that they can’t wander outside of Retail Row, so they should be easily avoidable should you decide that you don’t want to face off against a horde of the undead.

The BRUTE mechs have also undergone some serious changes in the v10.10 update, but fans who were hoping that the mechanical monstrosities would be out of the game for good will be sorely disappointed, as Epic Games have chosen not to vault the vehicles, but rather make some major readjustments.

Epic Games have added a targeting laser to the robots, which the developers state should “help give clarity to all players on where a gunner is aiming their rockets before they’re fired,” and have also included a self-destruct initiative that will destroy mechs which have sat abandoned in the storm for 30 seconds.

Bug fixes for inisible BRUTES, speed glitches and framerate issues with the turret have also been included in this update.

The BRUTES have recieved major changes in the v10.10 update.

You can view the rest of Fortnite’s v10.10 Update patch notes below, including gameplay changes for Battle Royale, a new LTM and a host of updates for the game’s popular Creative Mode.

Retail Row
A Rift Zone has turned Mega Mall back into Retail Row, and prices have dropped significantly. These discounts come at the cost of increased danger — bargain-crazed Fiends are spawning in the Rift Zone, and they want the shopping center all to themselves. 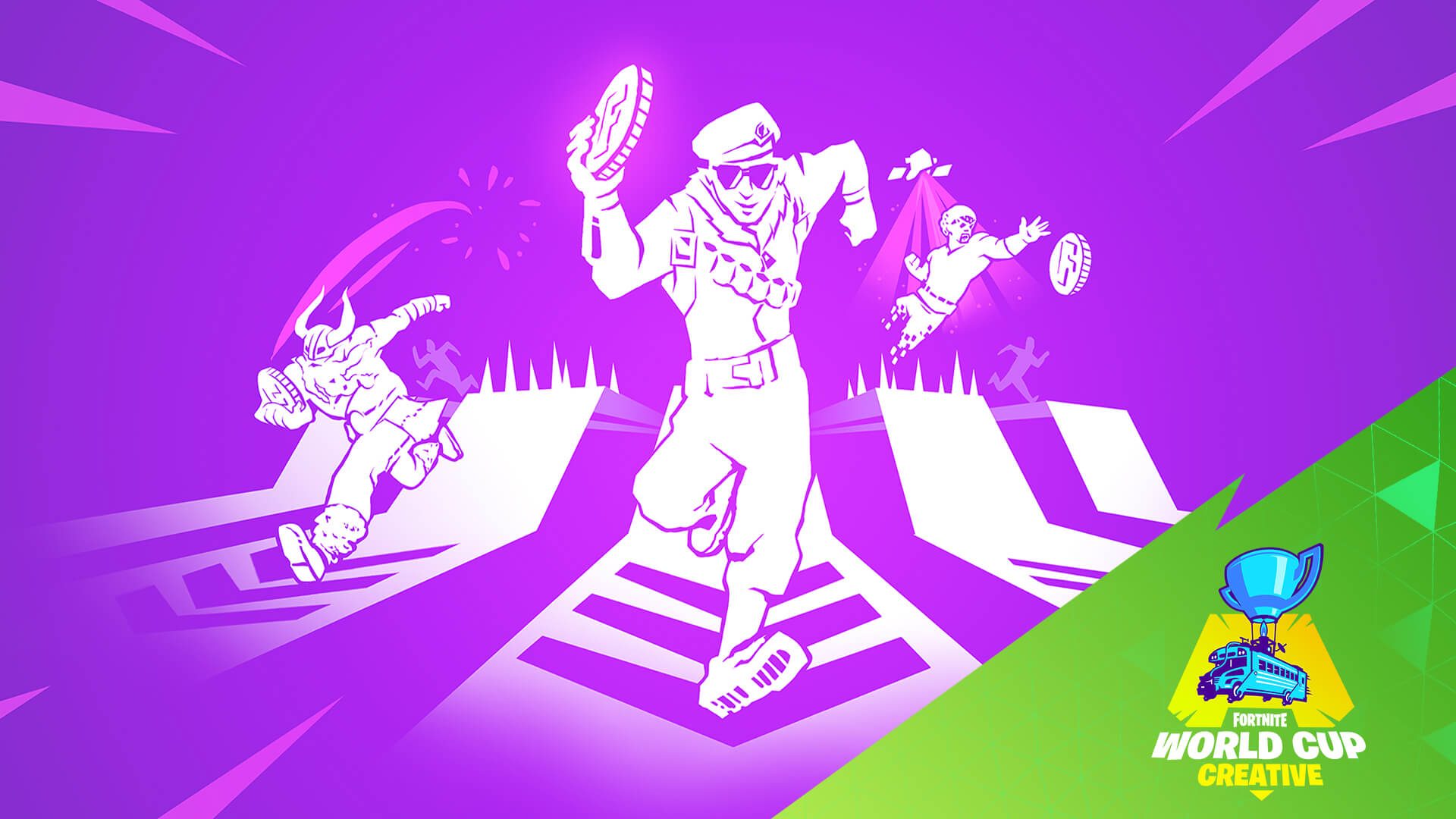 The B.R.U.T.E.
Now usable in Creative!  Unleash mechanical mayhem in your games. 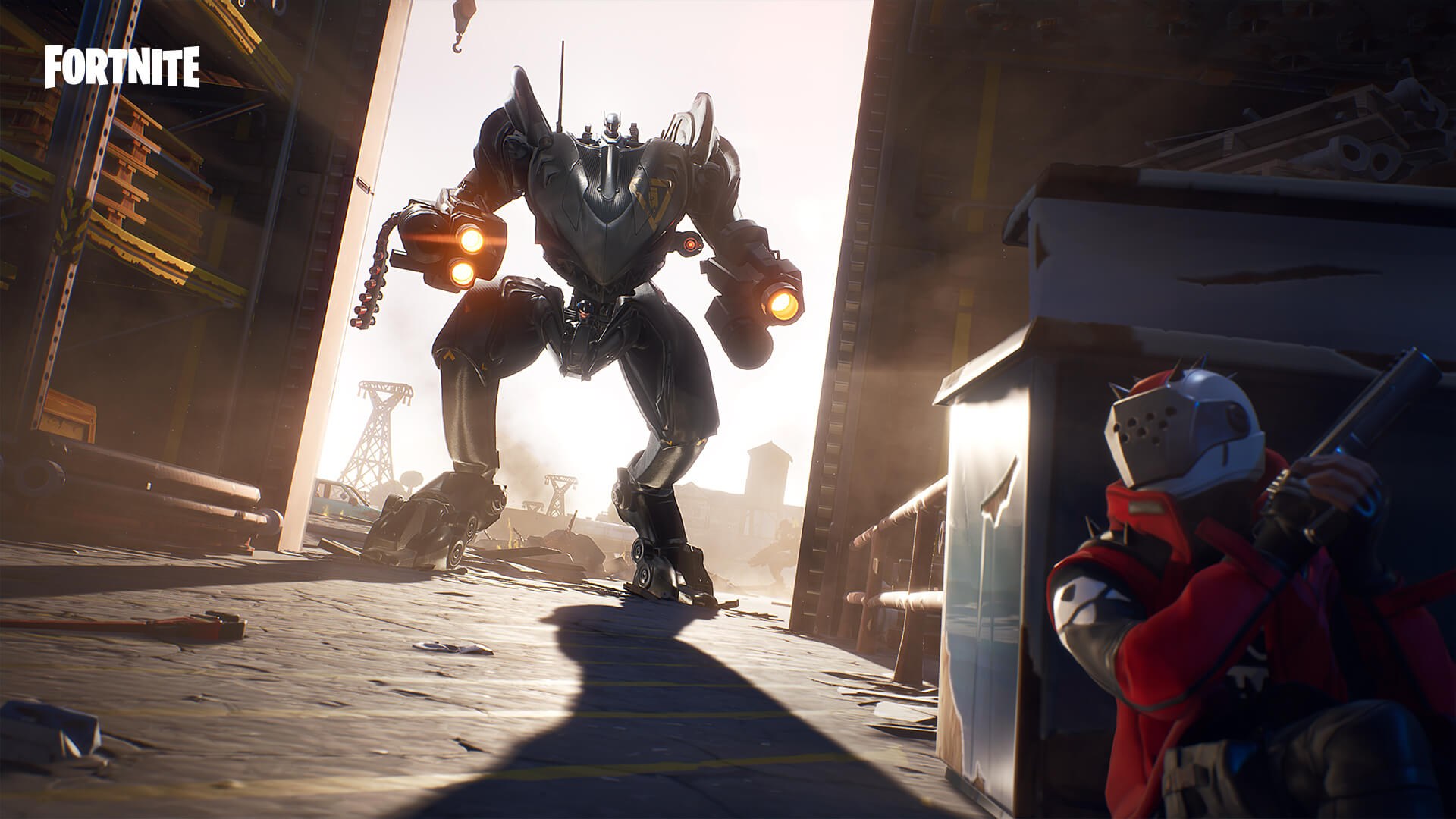 Manage Your Islands
Run out of space to build your new creations? You can now add and remove islands at will.

Camera Filter
Adds a post-processing effect to players’ screens while they play.

What to expect from Fortnite patch v10.10

It would be silly to start anywhere else, really. The Mega Mall location in Fortnite Battle Royale looks set for some major changes after a Rift Beacon not only appeared near the shopping centre, but has been activated as well.

Epic Games have gone on record with promising players that no two days will be the same in Season 10 and they look set to deliver on that promise with the introduction of this new patch, with Mega Mall expected to change drastically – just like Tilted Town did in the v10.00 content update. 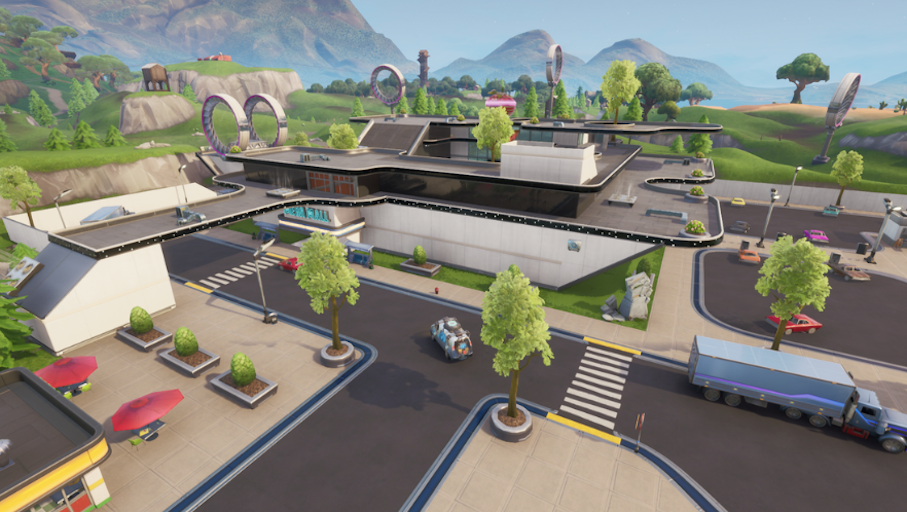 For how much longer will Mega Mall look like this in Fortnite?

NEO Tilted was scrapped, paving the way for the arrival of a new build-free location called Tilted Town, which has a very western movie feel to it.

While there’s no guarantees that the Mall will suffer the same fate with this update, it certainly seems likely – especially with a number of previously removed points of interest reappearing in the game’s data files.

The BRUTE mech suit vehicles were introduced at the beginning of the tenth season, on August 1, and haven’t just caused a stir in the community, sparking a viral Twitter campaign to have them removed from the game’s competitive modes. 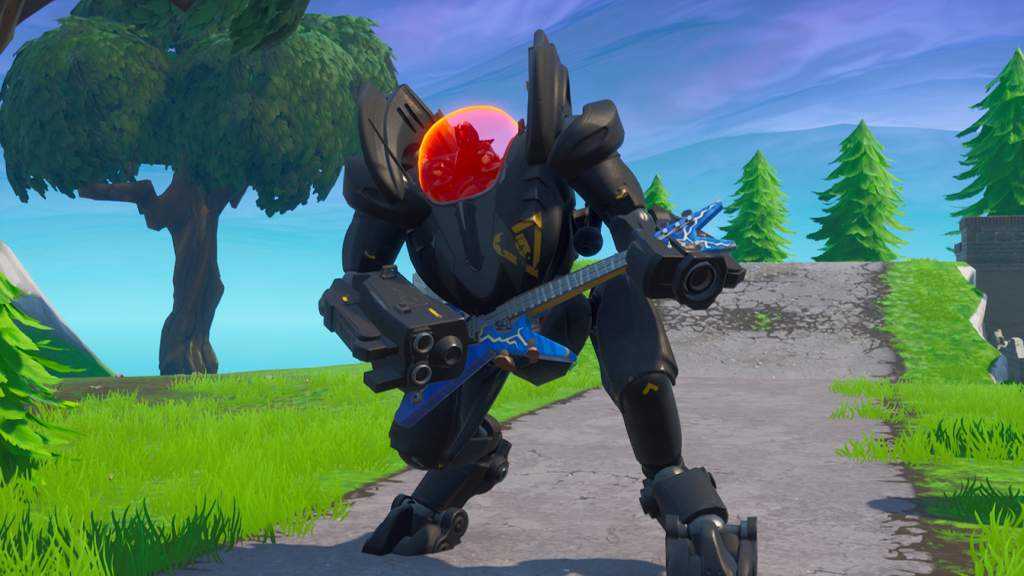 While many fans are calling for its head in general, history tells us that Epic Games tend to put out these types of fires with slow, progressive patches to control damage – as seen with the X-4 Stormwing planes, The Baller, and other vehicles from past seasons.

The good money is on them to do just that with this new patch, introducing a proper nerf to its stomp damage and perhaps further cuts to spawn rates as well – as they have done already with competitive play.

Return of an old location:

As noted earlier, many dataminers have found evidence that would suggest that previously removed points of interest could soon be added back to Fortnite. 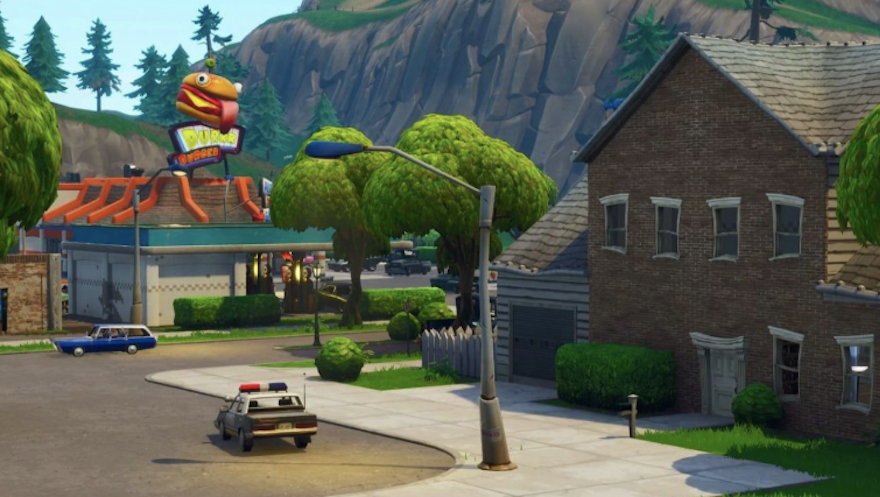 Greasy Grove is just one of many old Fortnite locations that have been linked with a Season 10 return.

While many will be looking closely at Mega Mall and the developments there, the v10.10 patch could deliver something much greater.

Fans have longed for the return of Risky Reels, Anarchy Acres, Moisty Mire, Greasy Grove and others as season after season have passed them by, and after leakers found them in the game’s files, there’s a chance that they could reappear much sooner than people expect.

There’s no way of being certain about their potential returns, or any other features, until the patch goes live. But, that won’t stop fans reading into the possibilities as they prepare themselves for the downtime and launch of this brand new update.

Epic have now confirmed that the patch is set to go live on August 14, with downtime beginning at 4am EST/9am BST/6pm AET/1am PT – following a previous delay.

The update was initially planned to go live a day previous, but the developers announced that there were last minutes changes that needed to be made to the patch build, resulting in a delay.