Fortnite Season 6, Week 2 challenges and how to complete them - Dexerto
Fortnite

Fortnite Season 6, Week 2 challenges and how to complete them

The first week of Season 6 in Fortnite Battle Royale is officially behind us, and that can mean only one thing: the Week 2 challenges are upon us.

Week 1 provided players with three free challenges and four that were exclusive to owners of the Season 6 Battle Pass, much like we saw throughout Season 5.

The official Week 2 challenges went live on October 4 and follow the same format. They are also the easiest set of challenges that we have seen in quite some time.

You can see the full list in the image below. 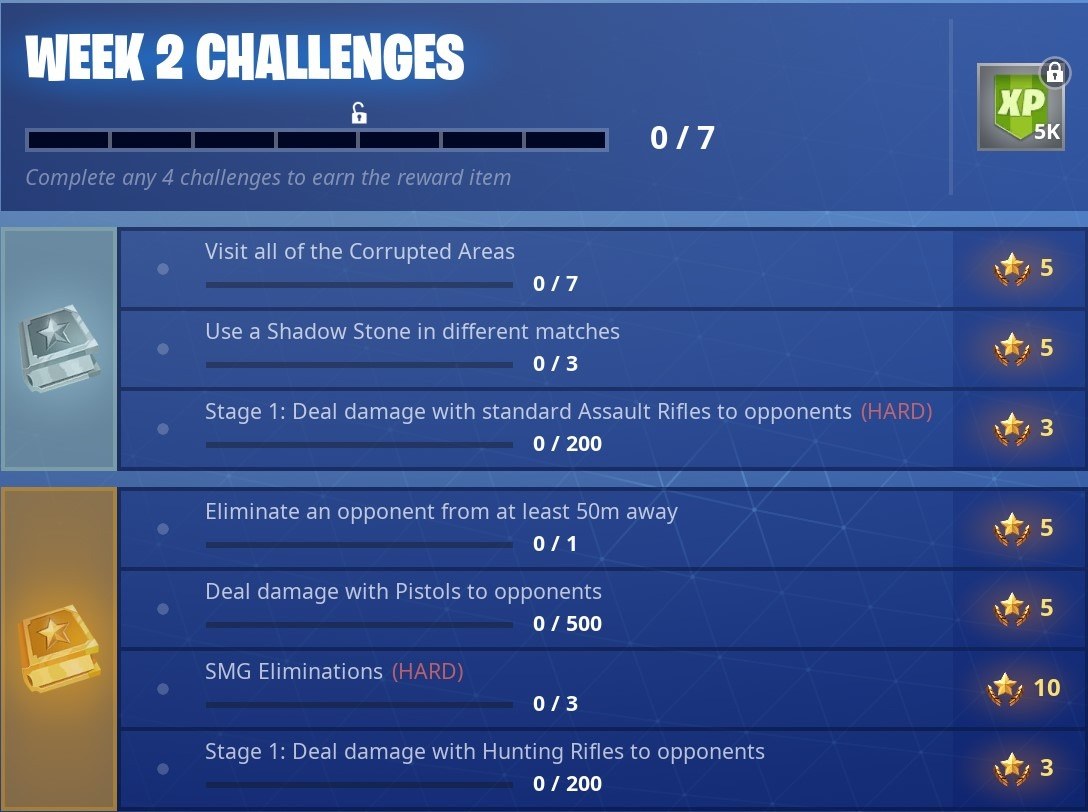 How to complete the Week 2 challenges

When it comes to completing the challenges, some will be significantly easier than others. For instance, visiting all of the corrupted areas simply involves you visiting each of the seven runes that the mysterious cube left on the ground during Season 5.

If you’re not sure where those runes are, take a look at the map below: 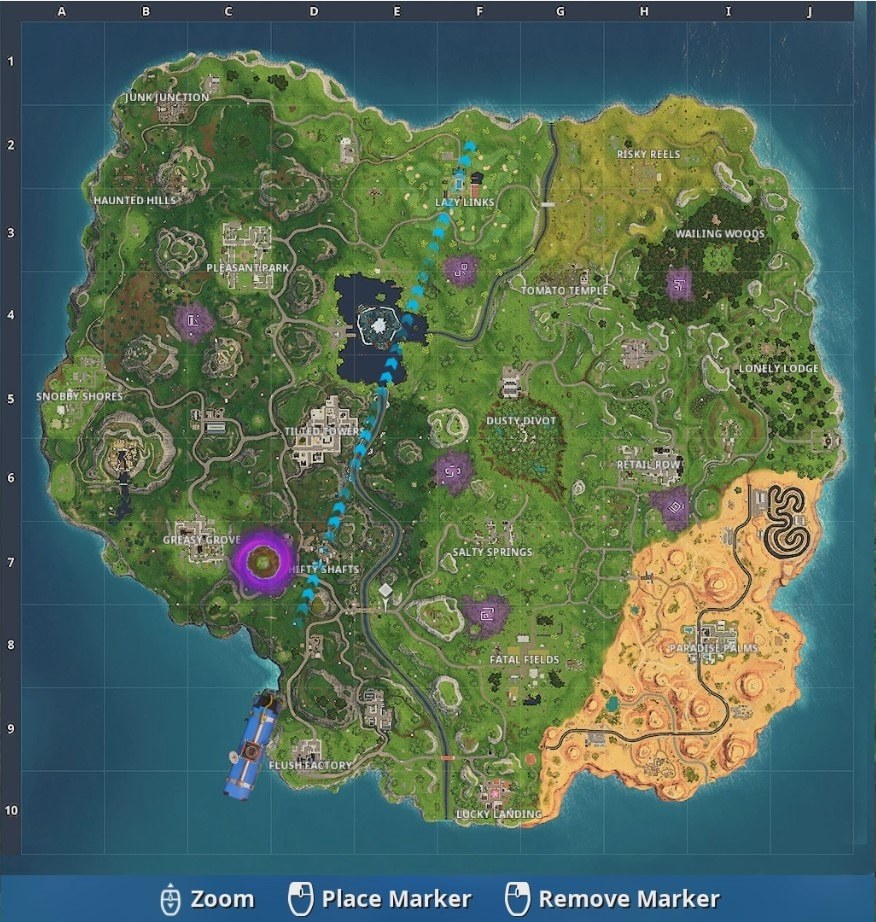 The only challenge that will require a more detailed tutorial is this week’s ‘Hunting Party’ challenge, which is unlocked after completing all seven of the standard challenges. You can find out how to complete it and find the hidden banner by following our tutorial here.

Using three Shadow Stones is as easy as it sounds – find three Shadow Stones and consume them. Eliminating an enemy from 50 metres or more away should also be fairly easy to complete. We’d advise using a sniper and trying to find some long range engagements, just to be safe.

Dealing damage with pistols and getting kills with submachine guns should be possible over the course of a few matches, just try to use weapons from those classes whenever possible.