Fortnite Season 5 Week 12 challenges: How to complete all quests

Fortnite Season 5 Week 12 is here, which means there’s a whole bunch of new challenges to complete to stock up on that all-important XP.

We’re now 75% of the way through Season 5 of Epic Games’ hit battle royale, and fans are naturally looking forward to what Season 6 has in store for us in March. But in the meantime, there are still plenty of weekly challenges to complete.

Week 12 brings a mixed bag of quests, but there’s quite a big focus on fishing this time around. This means players need to do things like damaging opponents with a Harpoon Gun and catch different weapon types from fishing spots.

Below, you can see the complete list of Week 11 challenges which go live Thursday, February 18, 2021, at 9AM ET. There are seven Epic quests which will get you 20,000 XP each, and a single Legendary quest that will bag you a massive amount of XP when completed.

Dealing damage within 15 seconds of gliding will require you to think fast, but it can be done. Land at a popular landmark beneath the Battle Bus path, and there should be plenty of players around to shoot – or hit with your pickaxe if you can’t find a weapon.

Scenic Spot, Gorgeous Gorge, and Mount Kay should be marked on the map for you, so visiting them is easy. Destroying inflatable tubemen llamas will require you to visit various gas stations until you find them, then hit them with your pickaxe or a weapon.

Players will have to visit one of two locations to find a family portrait. This could either be Shipwreck Cove, which is southeast of Catty Corner, or Crashed Cargo, which is found on the beach west of Sweaty Sands. 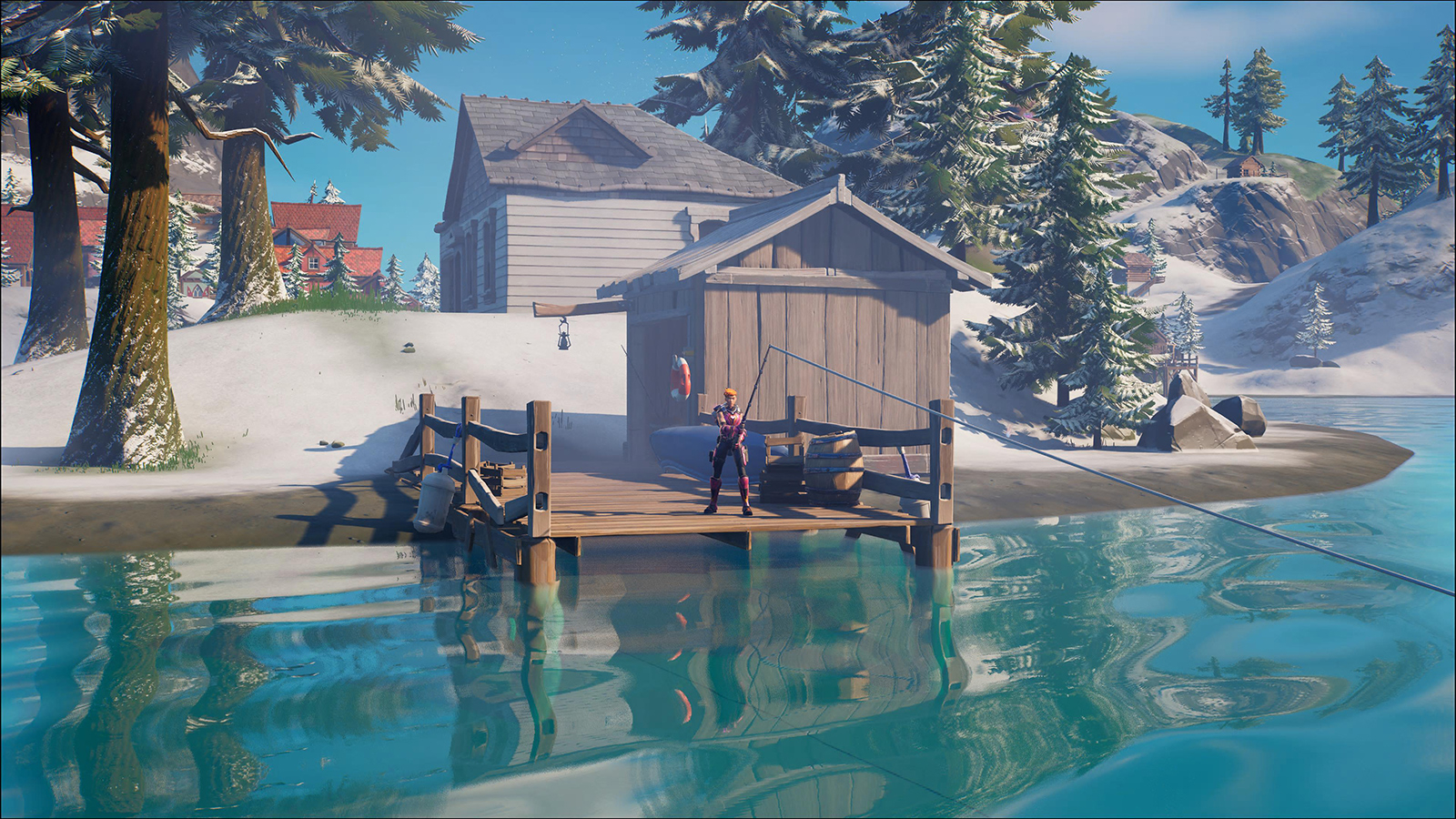 Throwing a fish back in the water is as simple as releasing it from your inventory. Then, you’ll need to hit three different players with your Harpoon Gun, which can be quite difficult. See if this one works on IO Guards, as they’re slow and easier to target.

Finally, to catch different weapon types from fishing spots you’ll need to go fishing as normal and hope you get weapons instead of fish. Doing this with a Harpoon Gun usually increases your chance of getting good weapons.

This Legendary Quest sounds like it will cause plenty of chaos on The Island, and could be quite difficult to do if multiple people are attempting to complete it all at the same time.

In order to Zero Point Dash, you’ll want to land in the sand-covered area near the center of the map and destroy the crystals that stick out of the ground. Eat one of the small crystal shards that falls and you’ll be able to dash by quickly pressing the jump button twice.

You’ll be able to dash if you consume crystals found near the Zero Point.

This effect only lasts for 30 seconds, so you’ll have to be quick. Find an opponent and deal damage to them. To fully tick off this Legendary quest, you’ll need to do this 25 times, so you’ll be spending a lot of time near the Zero Point.

Remember, you’ve only got until Thursday, February 25, 2021, to complete these weekly challenges and earn XP to level up your Battle Pass before Week 13 kicks off.