There is a bug in Fortnite Battle Royale that is hampering the gaming experience for those who play using a controller.

The bug in question is one that causes players’ weapons to fire on their own without the player pressing the shoot button at any point.

This issue seems to flare up when a player quickly switches from the building interface to a weapon or pickaxe in their inventory.

Reddit user ‘nNived’ brought this issue to light in a video he posted on December 26, which shows his game consistently glitching out every time he switches from his builds to a weapon or pickaxe.

In his video, he displays a controller simulator directly on the screen that shows exactly which buttons he is pressing at any point in time, which clearly shows his weapons being fired without him touching the shooting button.

As shown in the video, the bug forces all weapons in the inventory to auto-fire when switched to, which he demonstrates by switching from his shotgun to his pickaxe to his SMG, all of which begin shooting until he eventually causes it to stop.

It appears that the only way to stop this glitch is to press the shoot button once the auto firing begins. While this may work to stop automatic weapons like SMGs from continuing to fire, it will do nothing to prevent single fire weapons like shotguns or launchers from firing off their single shot.

This then obviously presents an issue on multiple levels for controller players, as it causes them to waste unnecessary ammo, give away their position, and potentially inflict damage to their own health and builds if switching to a launcher type weapon. 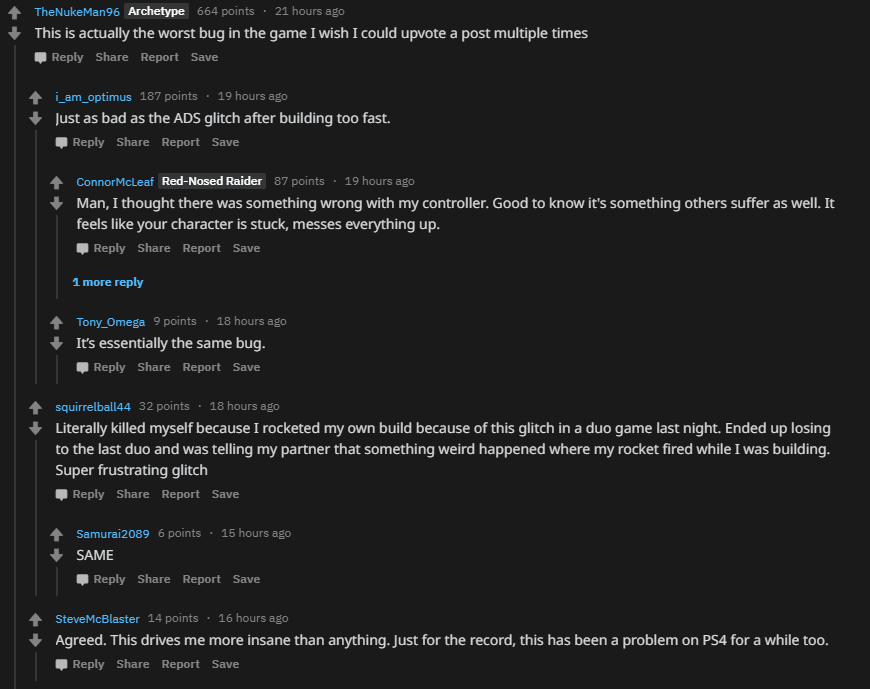 The comments section for the video was full of players expressing their own frustrations with this controller bug.

The Fortnite Community Trello page currently lists an issue similar to this one, titled “auto shooting when using a gamepad.” However, the description indicates that a player must switch to trap first then a weapon to cause the auto firing, which is certainly not the case in the video above.

If this is a totally different issue, then it has not yet been officially acknowledged by Epic Games, which could spell bad news for players since it is not yet being investigated and a fix is not being developed.