Fortnite’s Meteoric Rise challenges are now live and while the tasks seem simple enough, one tasks you with finding a landing pod, entering the rift at loot lake and touching a giant glowing cube – and we’ve got the exact locations you need.

Following the v10.30 update, which introduced the Moisty Palms and Greasy Grove rift zones, data miners and leakers were able to get their hands on some brand new cosmetics and challenges that would be released later in the season.

The most interesting of which was the ‘Visitor Volta’ look that combined the Visitor and the BRUTE Mech suit. That, however, has now been changed to ‘The Scientist’ and can only be claimed through the Meteoric Rise challenges.

But don’t fret, if you’ve searched those ammo boxes but aren’t sure where to find the locations of a landing pod, giant glowing cube, or a rift at Loot Lake – we’ve got you covered. 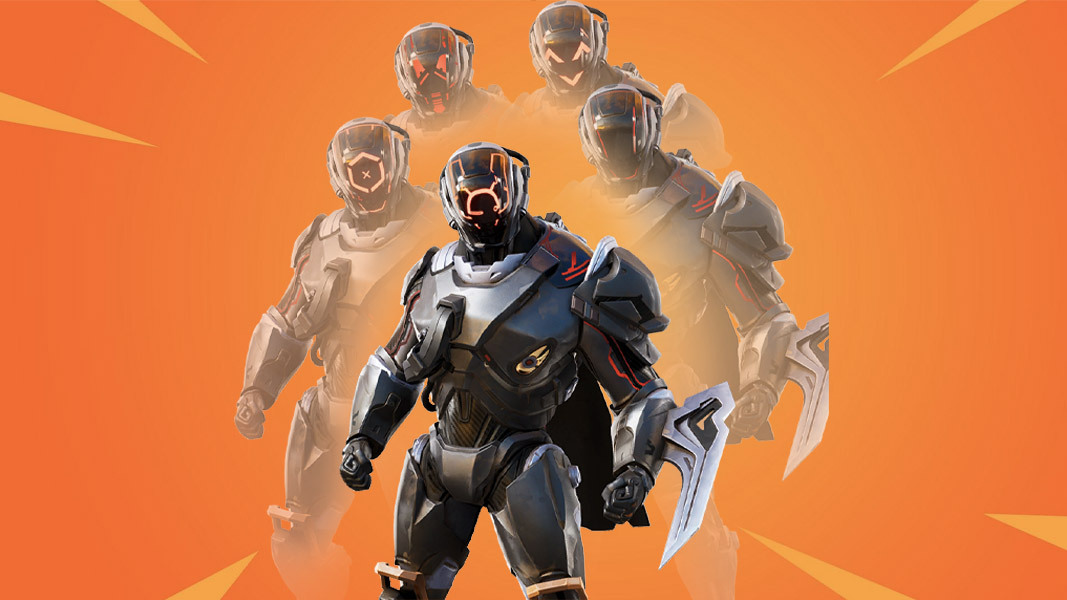 The Scientist Skin can only be claimed by completing the Meteoric Rise challenges.

Where to find a Landing Pod in a Meteor Wall

To find the Landing Pod within a Meteor wall, you want to head to the Meteor that appeared at the start of season ten above Dusty Depot.

Instead of landing on top and grabbing loot, head to either side that has an opening to the middle of the meteor. Once you’re inside, the black and red landing pod will either be on your left or straight ahead of you – depending on which of the two entry points that you went through. You can’t miss it though – it’s exact location is pictured below. 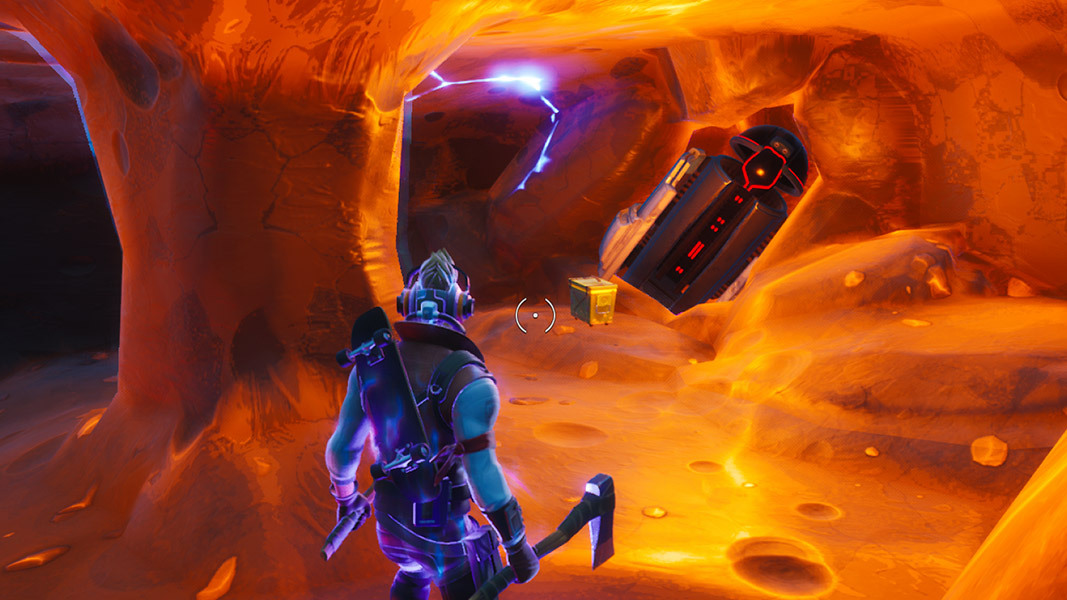 The Landing Pod is inside the Meteor above Dusty Depot.
[ad name=”article3″]

Where to touch a giant glowing cube

Outside of that, the ‘touch a giant glowing cube’ part of the challenge may seem a little confusing, but it’s actually at a pretty obvious location.

You want to head to the floating island, which is currently between Snobby Shores and Haunted Hills, where the Motel sits. You don’t need to land on the island however, you just need to hit the cube that it sits upon.

You can do this by landing underneath and flying up with the wind that takes you skywards. Bump into the cube and watch the challenge progress. 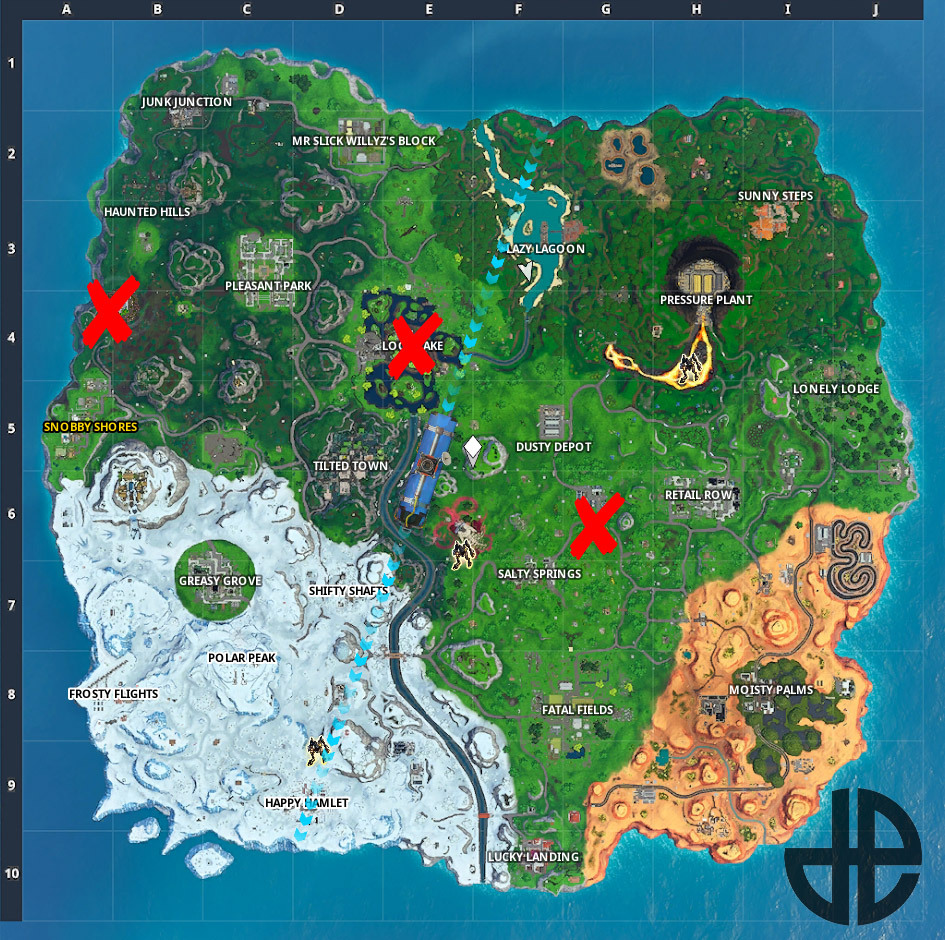 A full map of the three locations you need.
[ad name=”article4″]

Where to enter a Rift above Loot Lake

The final part of the challenge tasks you with entering the Rift that sits above Loot Lake. This is the most obvious of the three but Loot Lake can be a difficult area to navigate.

The easiest way to complete this part is by landing on Loot Lake and gliding through the Rift but if you mess that up, don’t worry. Grab some materials, head into the middle, and build a ramp close to the rift. Once you’re high enough, jump off and go through. 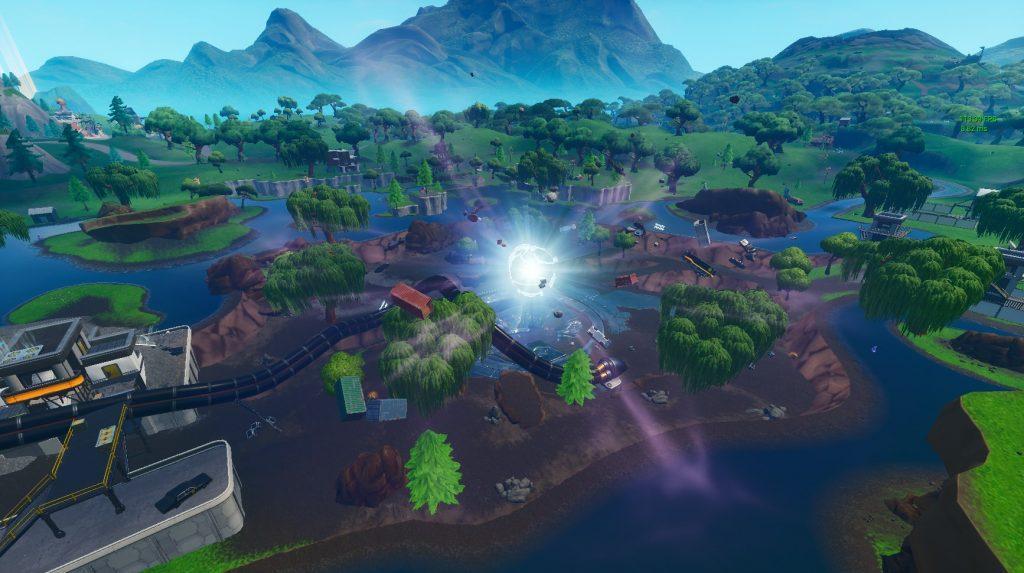 Jump inside the ‘Orb’ at Loot Lake to enter a Rift.
[ad name=”article5″]

After you’ve hit all three portions of this task, the challenge will be complete and you’ll be one step closer to grabbing the brand-new The Scientist skin that Epic has put up for grabs.

So, go and jump into a match and put your new-found knowledge to use.