Week one of Fortnite’s $2,000,000 FNCS invitational event has drawn to a close but if you didn’t manage to catch all of the action, don’t worry, we’ve got a round-up of what happened and the final standings.

The Fortnite Championship Series – or FNCS for short – has given professional players the chance to test their skills in regular online competition. Though, Epic threw in a little twist with their Invitational event.

Instead of it being open to everyone as normal, top performing players from previous and a few content creators from the Fortnite space were given an invite to compete. Though, the professional players that have made names for themselves in the competitive scene are the ones finding the most success.

In Europe, NRG’s Benjy ‘Benjyfishy’ Fish managed to finish atop the week one standings with a 452 points total. He led the way from second-placed Letshe, who finished 62 points behind Benjyfishy.

As usual, the European action was fierce and tightly-contested, with recognizable names such as MrSavage and Rotory finishing in 20 and 10 respectively. Following on from his outstanding performance, Benjyfishy even offered assistance to Turner ‘Tfue’ Tenney in the NA East portion, but that didn’t really help him.

Benjyfishy topped the standings in Europe.

Tfue finished just outside the Top 100 in the NA East event, with the major honors going to TSM’s Commandment in first-place. He finished just ahead of Team Liquid’s Stretch in second-place.

Elsewhere, there was an 8th place finish for Clix and 16th place spot for 100 Thieves’ Klass. World Cup winner Bugha could only finish in 19th place despite picking up one victory royale in his matches.

Commandment was top of the charts in NA East.

While NA West doesn’t quite always get the same amount of shine that the East action does, their games also had plenty of high-class action involved.

Wavyjacob secured top spot by eclipsing the 400 point mark. NRG’s EpikWhale followed not too far behind in third, while 100 Thieves’ Arkhram finished outside the top 20.

Outside of them, there was also action from Brazil, Asia, Oceania, and the Middle East. The most impressive of which came from Brazil’s Frosty, who almost hit the 500 point mark with four wins and 74 eliminations.

The Asia leaderboard was topped by Ess with 378, Oceania’s victory was claimed by RepulseGod and his 395 points, while Middle East honors went to SAQR Njby who fell just shy of 400 points with a total of 394. 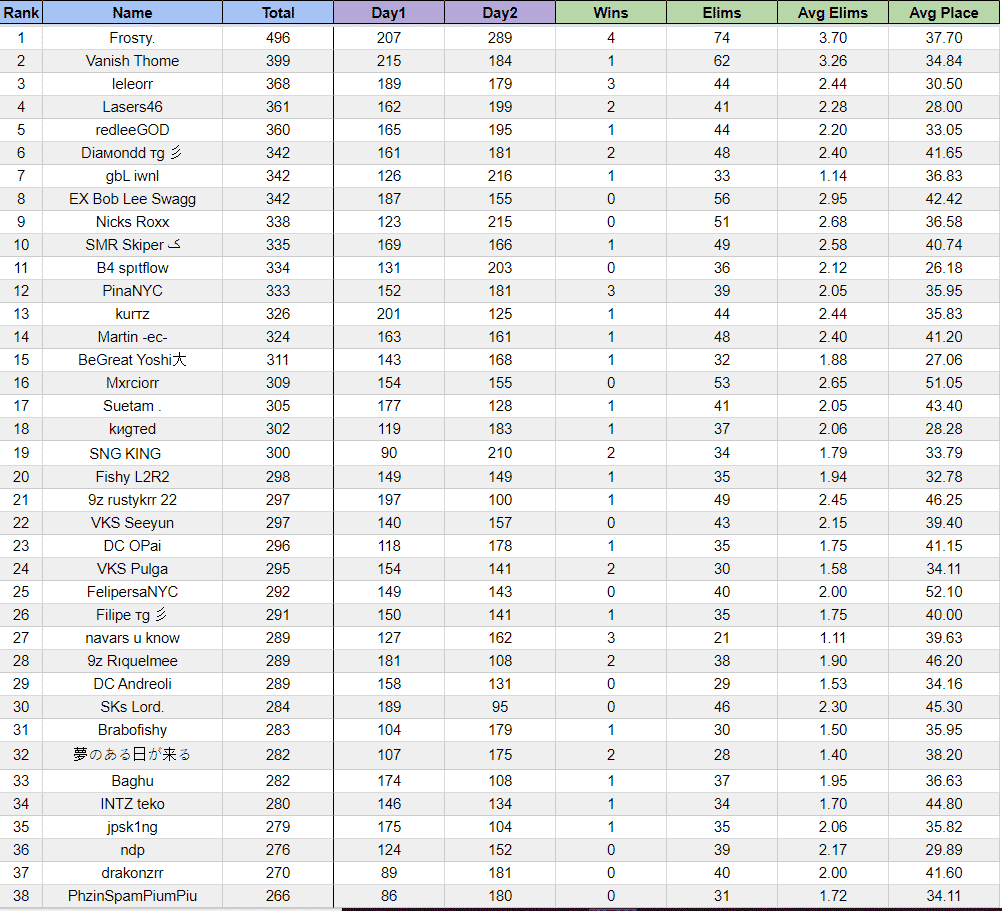 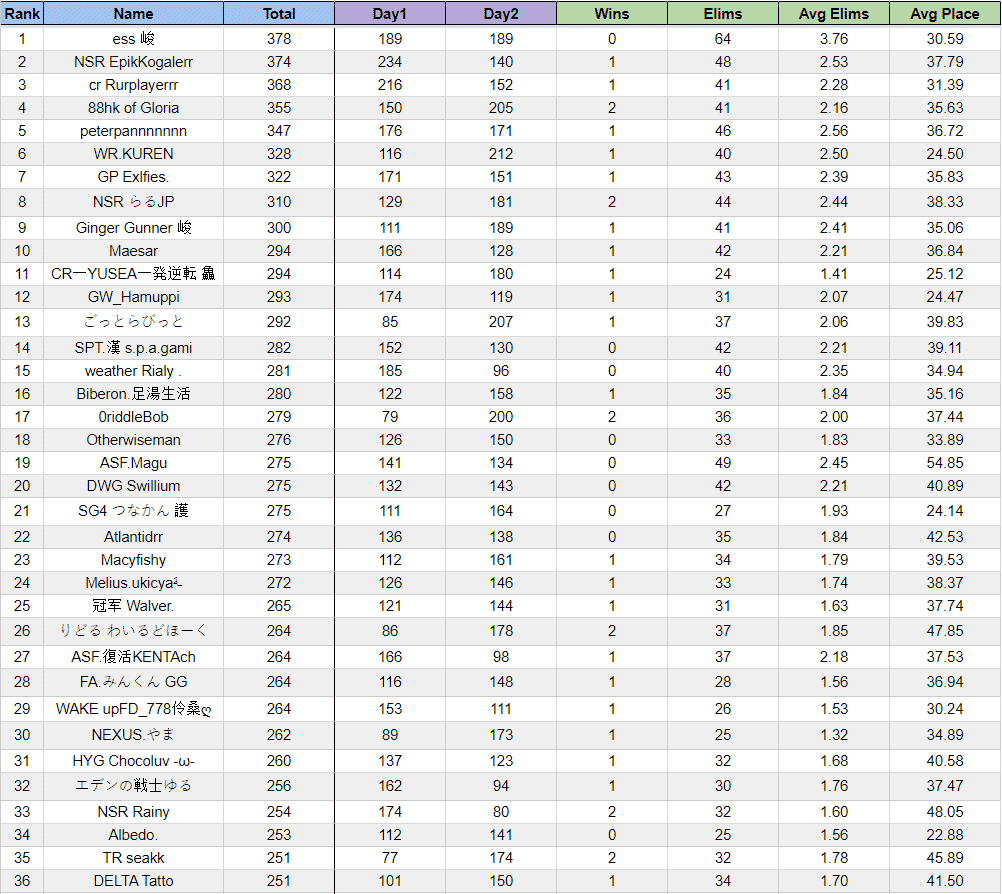 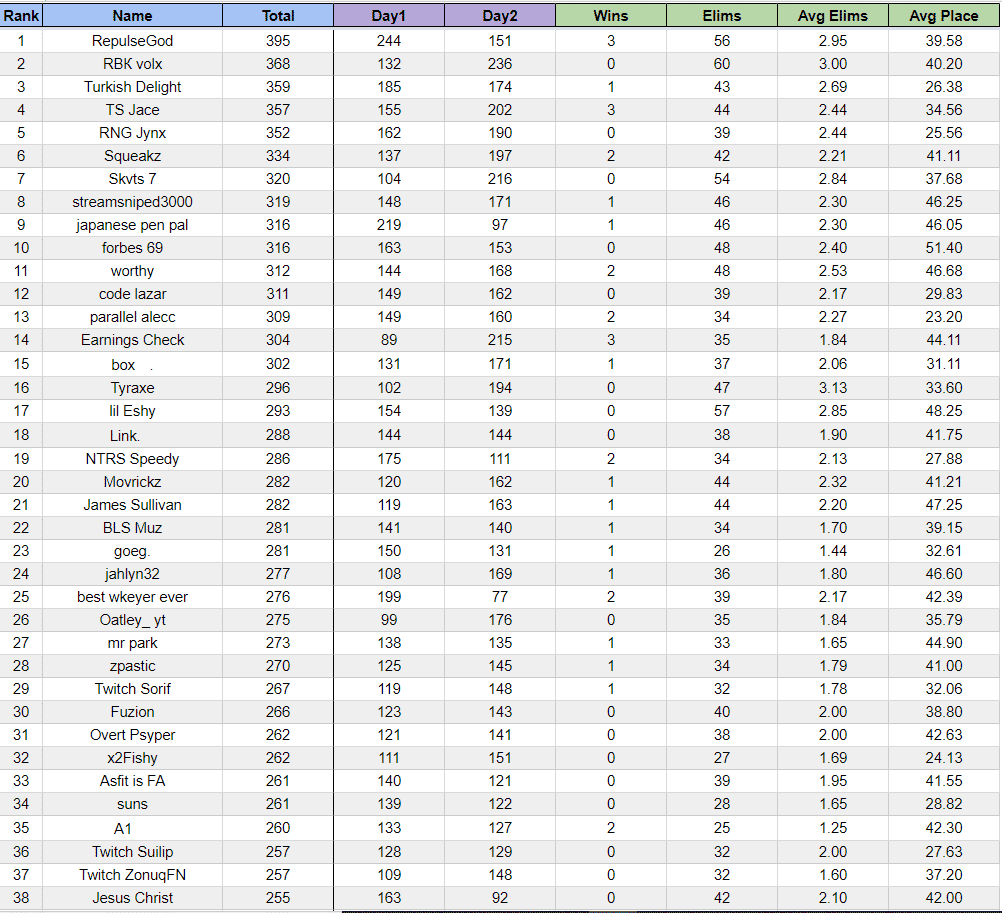 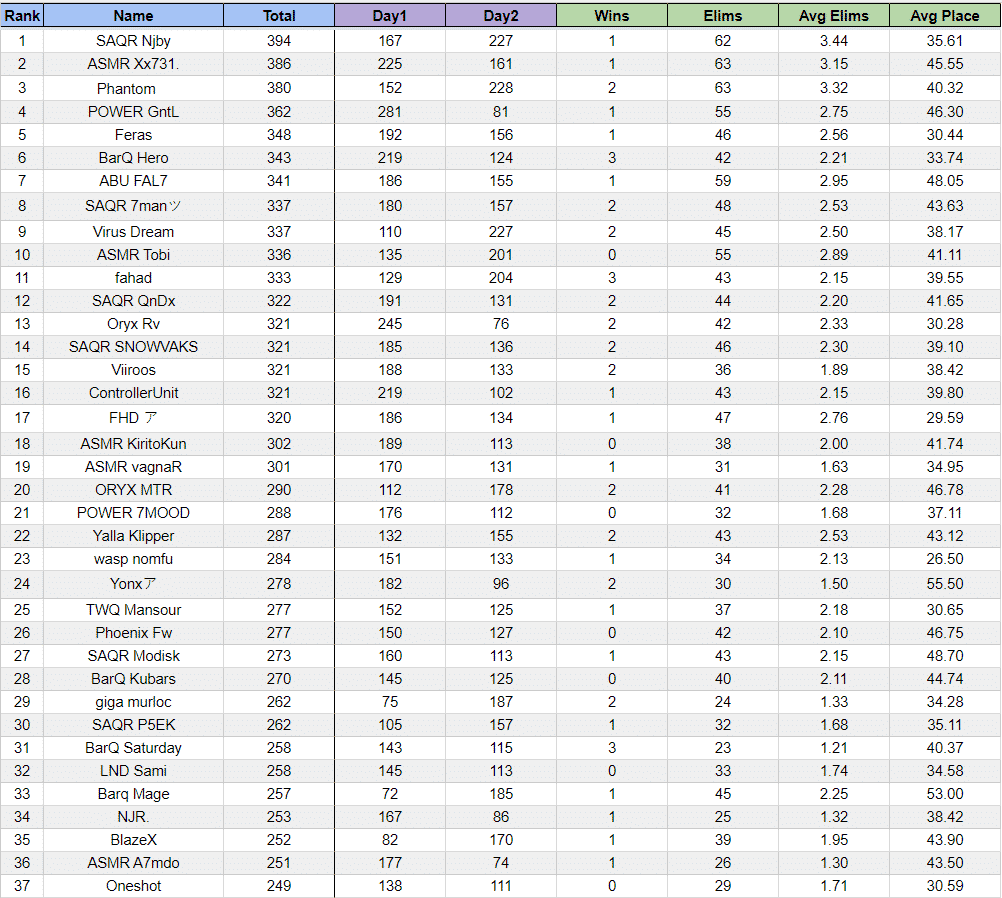 The Grand Finals for the solos event will be held between May 11 and 12 depending on the region you’re watching, so the standings could change dramatically with cash up for grabs.

You can check out all the action live with our dedicated event hub that has streams from both Epic Games’ YouTube and Twitch channels.