Explosive weapons in Fortnite: Battle Royale have been at the center of a debate between community members ever since the game was released.

Although Epic Games has attempted to implement changes to them in the past, weapons such as the Rocket Launcher, Grenade Launcher, Remote Explosives, and others have remained extremely powerful across the Fortnite battlefield.

Yet, unbeknownst to many, explosives have a static damage radius in Fortnite which deals 100% of damage to any player that finds themselves within the respective area, rather than having a different multiplayer at varying ranges.

Reddit user /u/Kitteh6660 provided a potential solution to explosive damage with a graphic that depicts a proposed linear damage radius which would be a massive adjustment to the way explosive weapons are used. 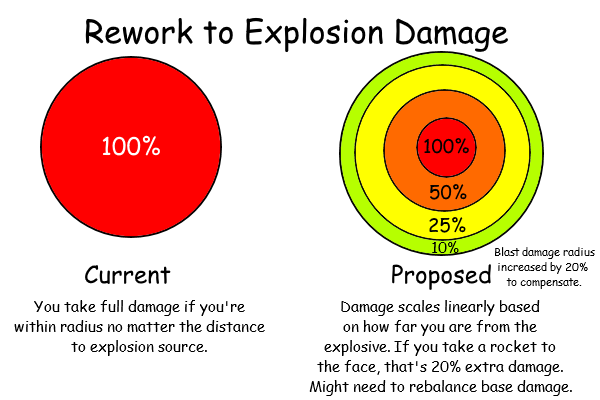 The current damage multiplier in Fortnite would explain why some players question how they receive a massive amount of damage from explosive weapons, even though it appears as if they are out of range.

At the time of writing, it is unknown if Epic Games has any plans to adjust how explosive weapons are used in Fortnite.