Epic Games have announced that two brand new rarity variants for the Infantry Rifle weapon will be added to Fortnite Battle Royale.

On April 16, the in-game announcement screen in Fortnite was updated to include a message revealing that the Infantry Rifle will soon have Epic and Legendary variants in the game.

“Precision is rewarded with the new Epic and Legendary variants of the Infantry Rifle,” read the official announcement message.

The screen also included an image of the weapon, which looks considerably different than the Common, Uncommon, and Rare variants that currently exist in the game.

The new variants will feature a more refined and metallic look, as opposed to the classic wooden design that’s featured on the lower variants. 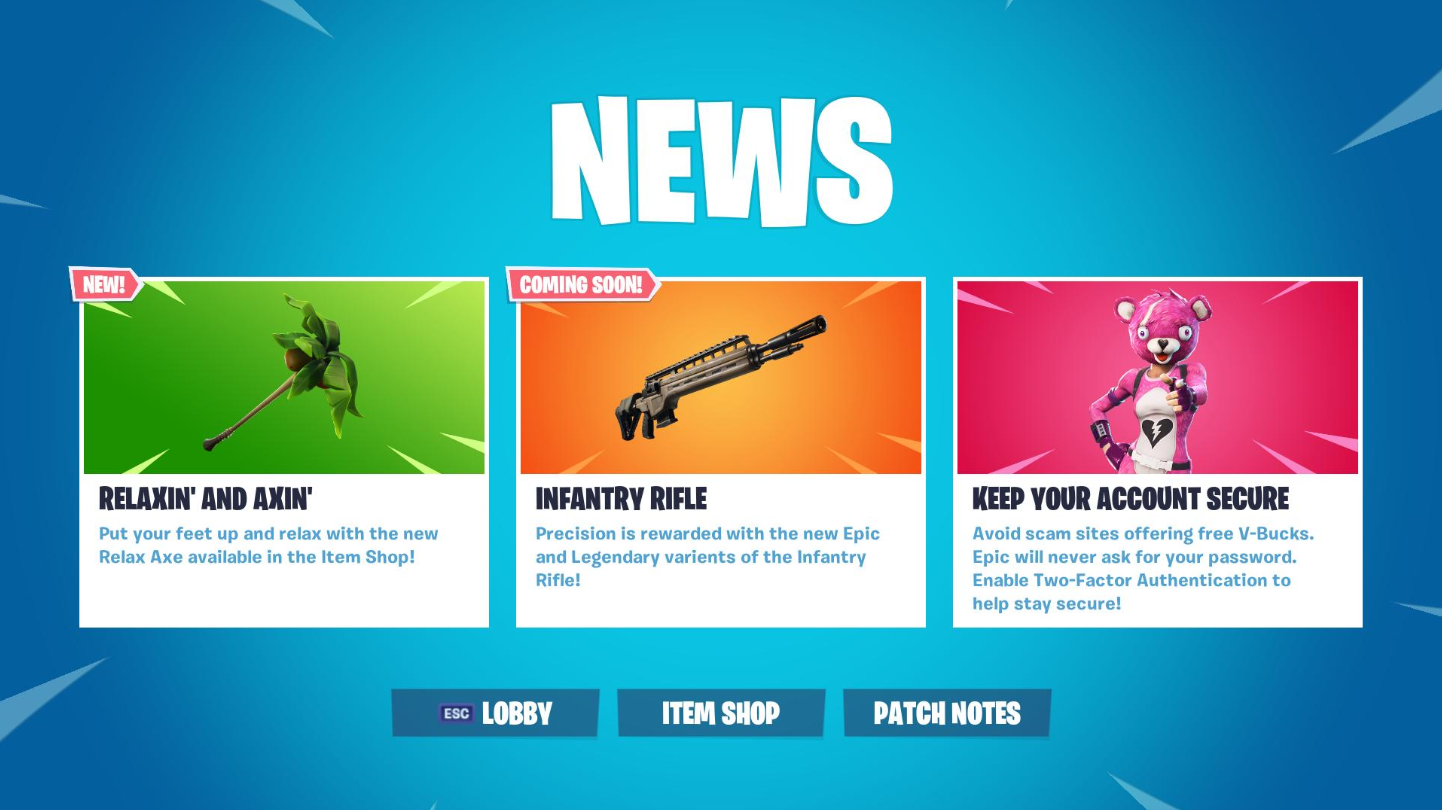 The in-game announcement screen in Fortnite confirms the arrival of two new variants for the Infantry Rifle.
[ad name=”article3″]

When do these new Infantry Rifle variants get released?

While Epic simply marked the new weapon variants as “coming soon,” it’s almost guaranteed that they will be released when the v8.40 game update goes live on April 17.

Apart from the fact that almost every announced weapon has gotten released in the following update, the actual announcement message parallels the tweet Epic put out for the v8.40 update, which include the caption “Hit your mark!” 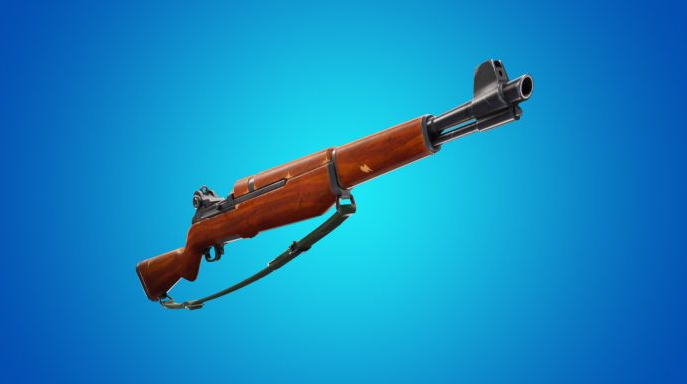 The design of the Epic and Legendary Infantry Rifle looks a lot different from the lower rarity variants.

What are the stats for the new Infantry Rifle variants?

Unfortunately, the exact stats for the Epic and Legendary Infantry Rifles will not be officially revealed until the v8.40 patch notes are made available.

However, the degree with which the two new variants will improve upon the existing three should be relatively proportional, so we can get a general idea for the new stats by simply comparing the stats of the three variants that are in the game.

It’s also important to keep in mind that the arrival of these new variants could see the end of at least one of the lower rarities, so keep an eye out for that in the patch notes. 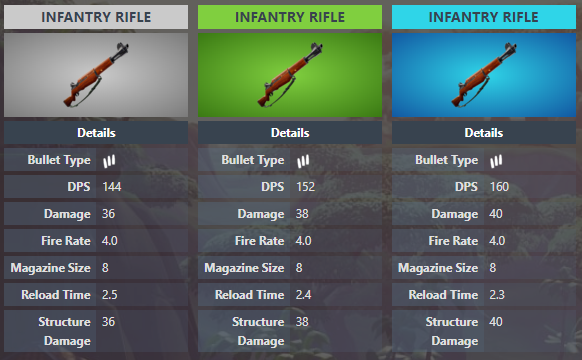 Why do the new Infantry Rifle variants look different?

In the past, whenever Epic Games have added Epic and Legendary variants of a weapon that already had three lower rarity variants in the game, they’ve made the design of the higher rarities considerably different.

While the reason for this hasn’t actually ever been revealed, the trend has stayed consistent for pretty much all of the weapons it’s applied to, including the Burst Assault Rifle, Pump Shotgun, and the SCAR/M16 AR, and it will be so for the Infantry Rifle.