Epic Games is going to be changing its approach to competitive Fortnite and will no longer be releasing brand new content a day before competitions.

The developer has published a statement on its official website, reassuring professional players that mistakes of the past will be reconciled during the course of 2019.

Epic has recently attracted heavy heavy criticism from the pro community, following the sudden arrival of new features such as the Infinity Blade and X-4 Stormwing attack planes just before the $1 million Winter Royale tournament and – more recently – Boom Boxes before 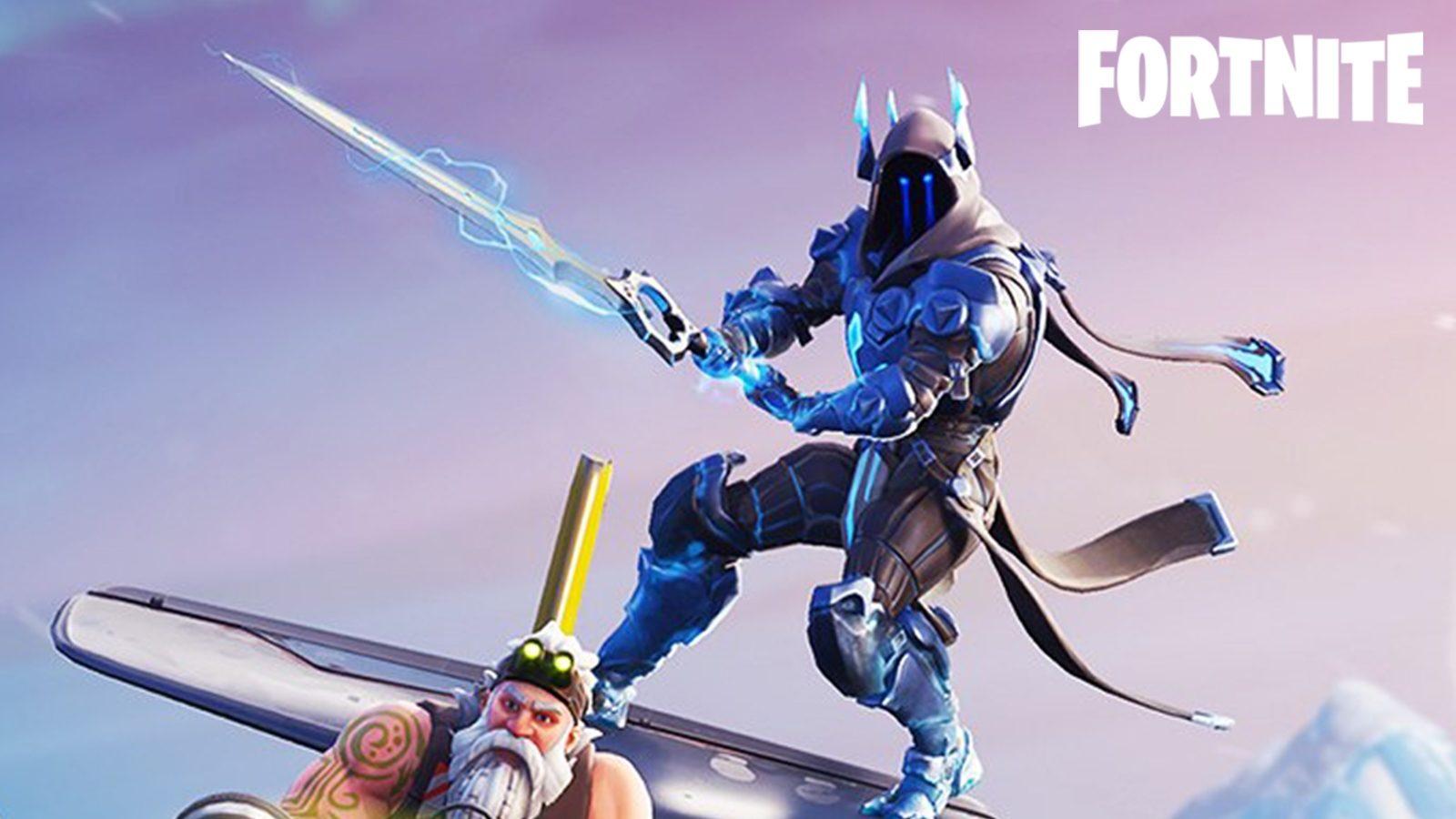 From the Australian Open onwards, Epic Games promises to give competitors some time to get used to new content before playing in tournaments, which would be between a few days and a week.

“We value the ability of players to adapt to the game changing over time. We also believe these changes keep Fortnite fresh for everyone including players, competitors and spectators.

“However, we want to provide reasonable time for you to adjust strategies following large gameplay impacting changes, for example prior to official Fortnite competitions.”

The full statement from the Fortnite Team can be found below: 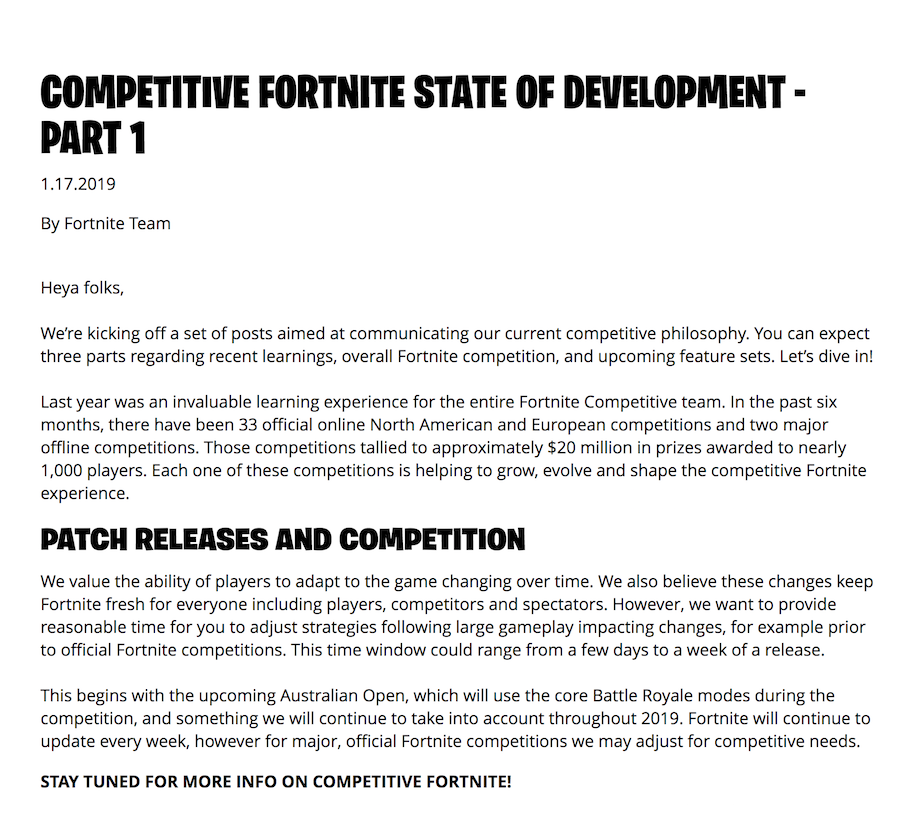 Ali ‘Myth’ Kabbani had previously called for pro players to unionize in order to create a platform of communication between community and developer.

“I don’t want to influence Epic’s decisions when it comes to how they want to run or develop their game” Myth explained. “At the end of the day, I know we don’t have any control over that. I think their lack of communication is daunting, and that’s really all I want to address with this union.”

Whether or not his – and other players’ – concerns have been fully addressed by this ‘change’ remains to be seen.