Developers Epic Games have detailed what they expect to have in store for the future of ranked play in Fortnite Battle Royale.

Ranked play has been one of the more polarizing topics in the Fortnite community as some players have been eagerly asking for it while others have frowned upon its potential.

In the eyes of Epic, ranked play already exists in Fortnite but in the revamped and revolutionized form of the in-game tournaments and competitions, such as the Pop-Up Cup.

These are daily tournaments that are available during set hours and award points to players based on their in-game elimination totals and placements.

There is an element of skill-based matchmaking involved with these competitions as players who rack up a lot of points are likely to come up against those with about the same point totals. 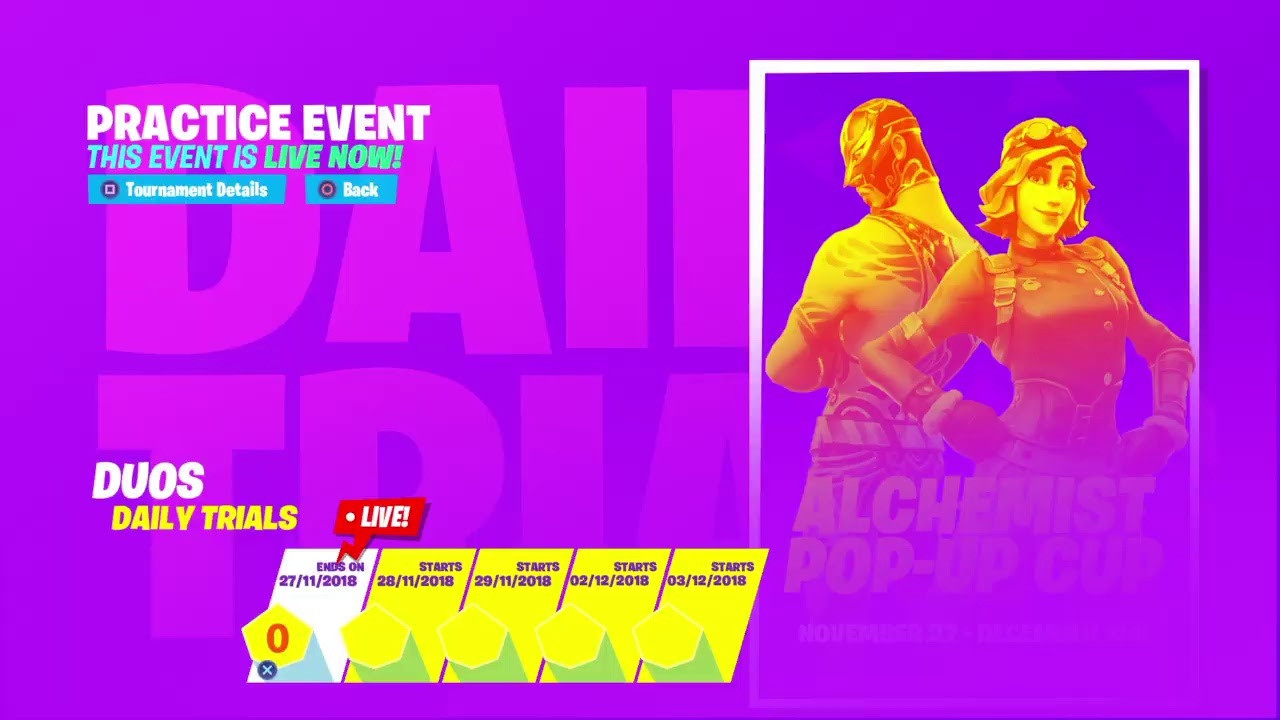 An example of these ranked tournaments was the Alchemist Pop Up Cup, which had a set starting and ending time each day it was played.

In Part Two of their Competitive Fortnite State of Development, Epic discuss how the way these tournaments are set up is exactly what they envision ranked play to work in Fortnite.

“Focused windows of competition allow us to better celebrate the performances of competitiors, promote community activity around the events, and create the highest quality matches possible at all skill levels.”

This likely means that the traditional idea of continuous ranked/competitive playlists will not be coming to Fortnite as Epic will continue to have these burst tournaments instead.

However, Epic are not content with how things are working now and will be looking to improve this type of ranked play so that more and more players can get involved.

“We’ll be exploring rotating or staggered tournament scheduled in the future to include more players,” they wrote. “You can expect more details on competitive Fortnite and the Fortnite World Cup in the coming weeks!”