Fortnite, which brings a ton of new challenges and rewards for players to work their way through.

Fortnite Battle Royale started dropping people onto its island since 2017, and has been going strong ever since. Various major content updates have routinely pushed the game further, which has attracted a ton of players since being released.

In its nine seasons so far, players have been able to unlock libraries of different skins, emojis, as well as music packs, and the they now have the chance to pick up even more exclusive content as the challenges are now live. 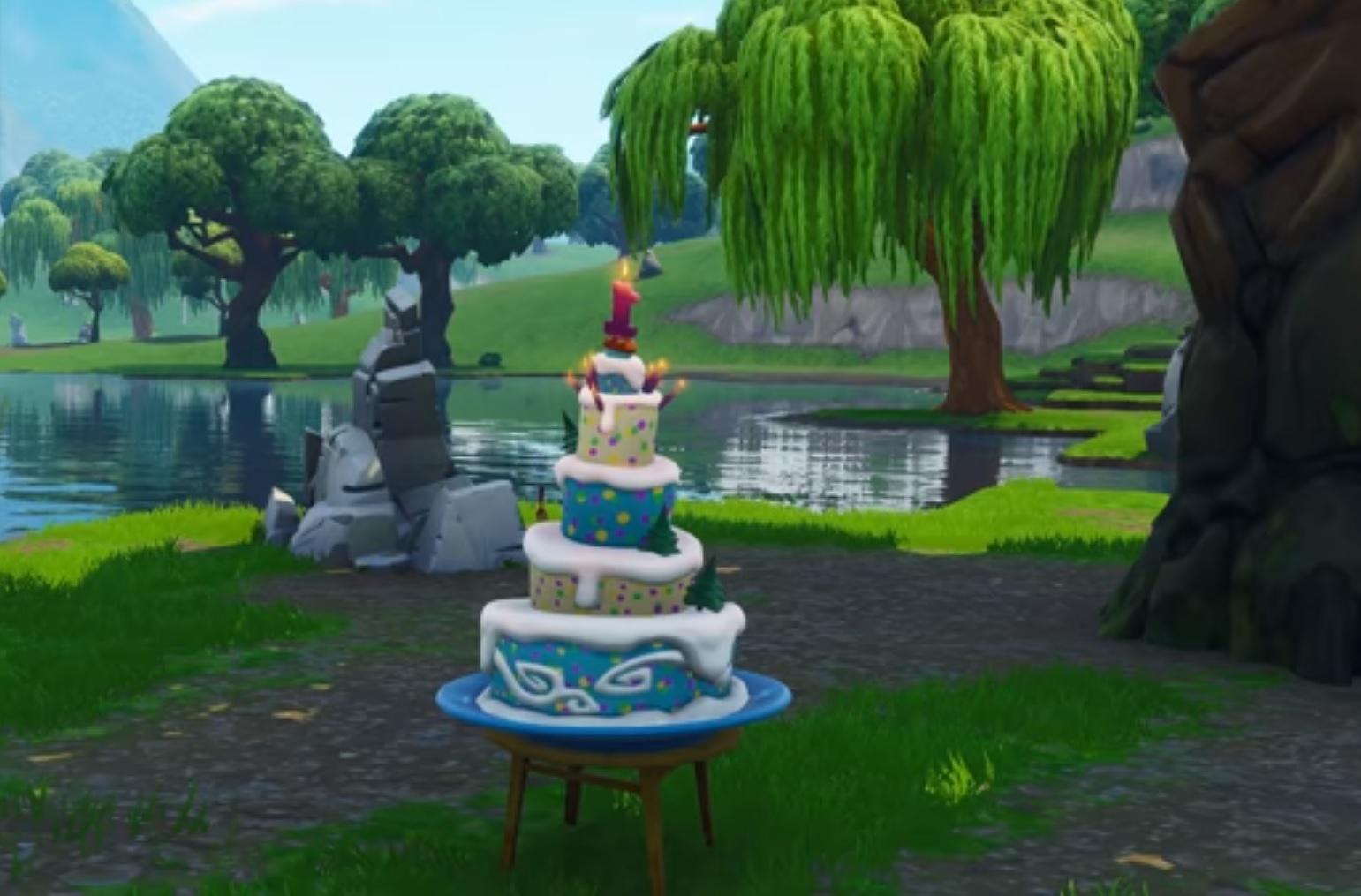 Fortnite is still going strong in its second year of life.
600

In a July 23 announcement, the Fortnite team detailed what will be coming to the game as players will surely be expecting Epic Games to go all out for the second anniversary of the popular battle royale.

“Time flies when you’re having fun, two years in fact. The Fortnite Birthday Celebration kicks off this week starting Thursday, July 25 and runs until Wednesday, July 31,” Epic Games said. “We’re celebrating all over the Battle Royale map with present supply drops, birthday cakes and a gift item you’ll be able to toss to your squad.” 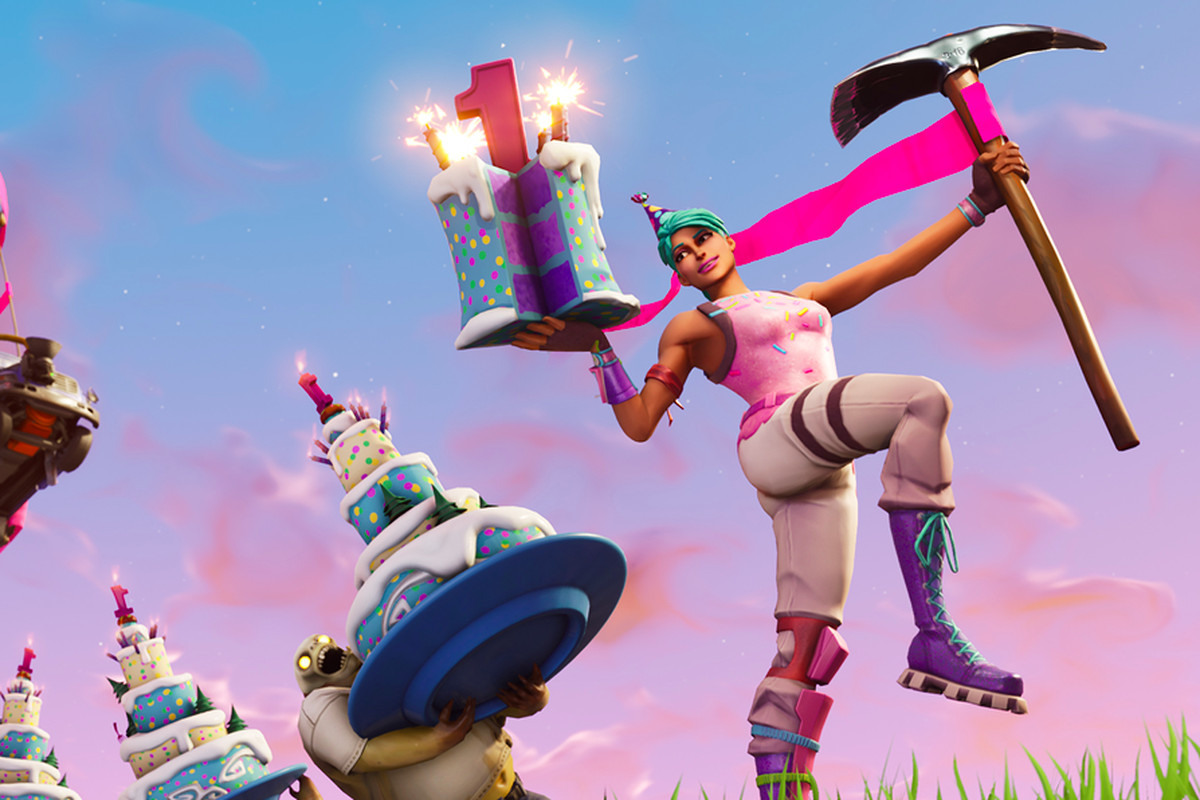 The Epic Games devs will be celebrating Fortnite’s second anniversary much like their first one.
[ad name=”article3″]

To celebrate their “Birthday Bash” the devs have made some adjustments to the Battle Bus, incorporating “a music track and be thematically skinned” for the game’s event. Expect to see a lot of balloons and a whole lot of cake in Fortnite for a limited time.

Additionally, the players can unlock a brand new Pickaxe, Wrap and other cosmetics that were previously leaked before it officially kicked off. 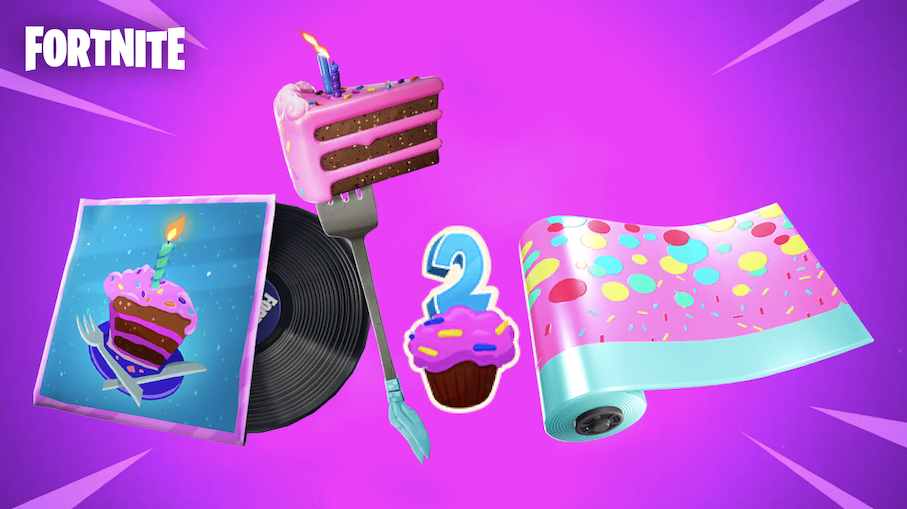 While the Birthday Bash is sure to be a memorable event, players can also partake in the Overtime Challenges that are also live now in-game, as of July 23.

These Challenges will run all the way until the end of Season 9, giving players an ample amount of time to complete their sets of unlockables. An announcement stated: “Battle Pass owners can earn three outfit variants and everyone can earn new loading screens plus a ton of XP, drop in and finish the season strong!”

Fortnite players are gearing up for the game’s 2nd birthday festivities.

Furthermore, there will be exclusive Fortnite World Cup 2019 outfits like the World Warrior and the World Cup Style for Fishstick, as well as a wrap.

A new leak via shiinaBR and Lucas7yoshi, which has since been confirmed by Epic, actually gave players a much more clear idea of what the new skin style will look like when they finally launch for players to unlock. 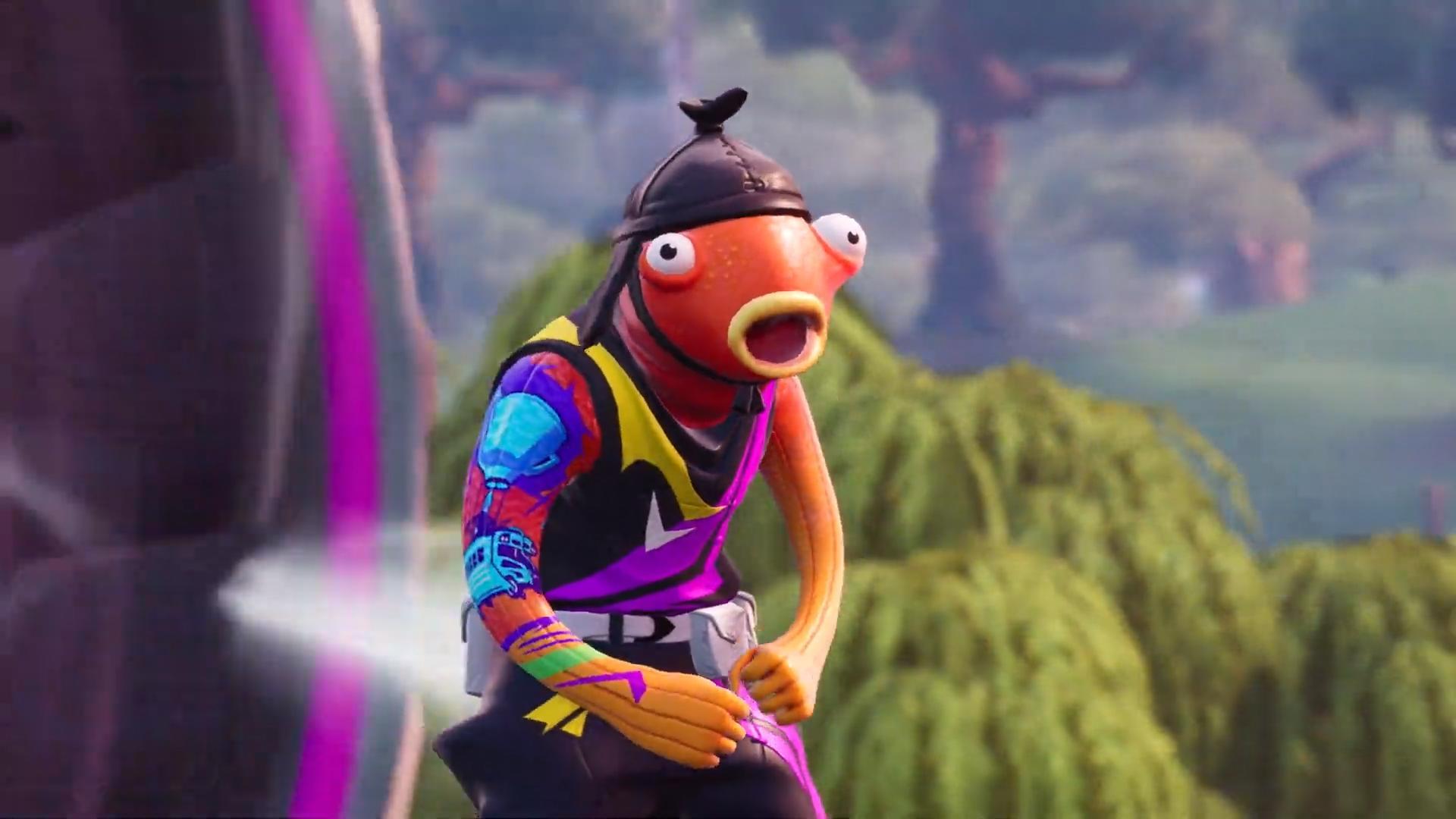 A closeup of Fishstick’s new look in Fortnite.
[ad name=”article5″]

Cosmetics for the World Cup will never be available again, so make sure to drop in to claim them.

Fortnite is going to have a busy summer, but that’s a good thing for players who will be reaping all of the challenges from the game’s latest events. Good luck!