Valencia’s Geoffrey Kondogbia has had his FIFA 20 Ultimate Team revealed and, while it boasts some awesome cards, it’s also left a number of FIFA fans frustrated with wasted links and odd choices.

FIFA players will be well-acquainted with Valencia’s Geoffrey Kondogbia. The Central African Republic star is a strong LaLiga Santander option at a fairly modest price. At 81 overall (with 88 physical), he is an excellent defensive midfield choice if you’re looking to sure up your Ultimate Team.

It seems like Kondogbia, like a host of other real football players, is spending his time in lockdown playing some FIFA, while the Spanish top-tier gears up for a June restart. 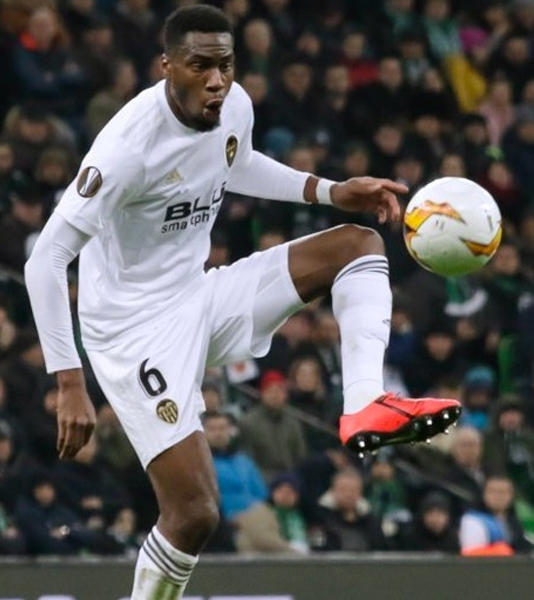 His FIFA 20 Ultimate Team has been shared thanks to Reddit user u/_jxggs_, who came up against him in the most recent FUT Champions Weekend League.

The midfielder’s XI, dominated by ICONs, also features some truly bizarre decisions. These are no more evident than in Nelson Semedo’s base card at RB, who is the lowest rated player in the squad by some margin.

Similarly, Wissam Ben-Yedder at CAM makes perfect sense, but not when he lacks chemistry and is burdening the players around him – including preventing Kondogbia’s own 99-rated card from being on full chemistry.

TOTY Messi, FUT Champs Andy Robertson and TOTSSF Alisson are all incredible cards, so the choice of an 82 rated player at RB seems all the more bizarre. His full team is listed below:

As far as improvements go, some are really obvious. Nelson Semedo can stick around, but we’d recommend an upgraded version like his 84 IF version or, if he has the coins, the 87 OVR Headliners card that boasts 95 pace.

Similarly, get a different CAM that works on full chemistry. Choices like TOTSSF Nabil Fekir or Santi Cazorla are obvious, and shouldn’t be too hard to acquire going off the cost of Kondogbia’s starting XI.

It’s certainly not as strong as some pro player line-ups we’ve seen, like PSG’s Juan Bernat.