How to complete Premier League TOTSSF challenge in FIFA 20

EA SPORTS have added a brand new Premier League challenge SBC to FIFA 20, to celebrate the arrival of the league’s Team of the Season So Far (TOTSSF). So, let’s take a look at how to complete it.

There have been many TOTSSF themed Squad Building Challenges since the event got underway, and fans of the English top flight will know that all too well. After all, this PL SBC is just the latest to have been inspired by the division.

Good news for players, though, is that it doesn’t cost too much and in return, you can grab yourself a Premium Electrum Players Pack. Is it worthwhile? Well, we’ll show you everything you need to know and you can decide yourself…

This new challenge celebrates the TOTSSF event in FIFA 20. Here’s the Premier League players that made the cut this year.

If you want to check this one off and grab yourself a fresh rewards pack, you’re going to have to act fast. The SBC expires on May 9, giving players just days to get the job done.

The full list of requirements can be found below, and as you can see, only one team needs to be made. It should be a quick one!

According to the reliable FUTBIN database, this SBC costs just 7,000 coins to complete – no matter what console you’re playing on.

That figure might shift a bit over time, though, as the market does tend to fluctuate. The recommended solution we have picked can be found below. 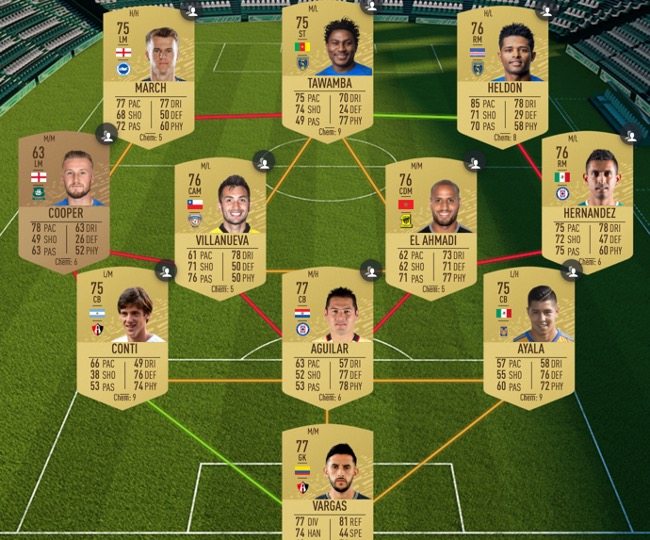 Not too bad, right? It’s a fairly cheap challenge to complete and frees up yet another pack for you to potentially get a Team of the Season So Far card.

A number of TOTSSF teams have been revealed already, including those for the EFL, Premier League, Saudi Pro League, with Serie A, La Liga and Bundesliga coming soon. Stay tuned with Dexerto for breaking news on FIFA and follow us on Twitter @UltimateTeamUK.