As part of the currently ongoing ShapeShifters promo in FIFA 20 Ultimate Team (FUT), EA have given Roma’s Aleksander Kolarov an 88-rated CDM card, and we’ve got all the requirements, solutions, and total cost for this new SBC.

ShapeShifters has been one of the more popular promos so far in FUT 20, featuring cards at positions that otherwise could not be achieved with regular position-change cards.

In addition, the players’ stats are considerably boosted and even their specifications, such as weak foot, skill moves, and work rates, have all been changed to better suit their new positions.

He keeps getting better with age.

The promo started back on February 21, with the release of Team 1, and EA rolled out Team 2 a week later. As part of the second set of ShapeShifters, a new SBC has been put out for a special Kolarov card, transforming his 82-rated LB to an 88-rated CDM.

Considering that the stats on his gold card and three In-Forms are much more suitable for a defensive midfielder than a wingback, it’s no surprise that EA chose the Serb for this particular switch.

His 6’2″ and medium/high work rates are perfect for a CDM, and his passing, dribbling, defense, and physical stats all make him look like he’ll be a tough player to get past in the midfield. 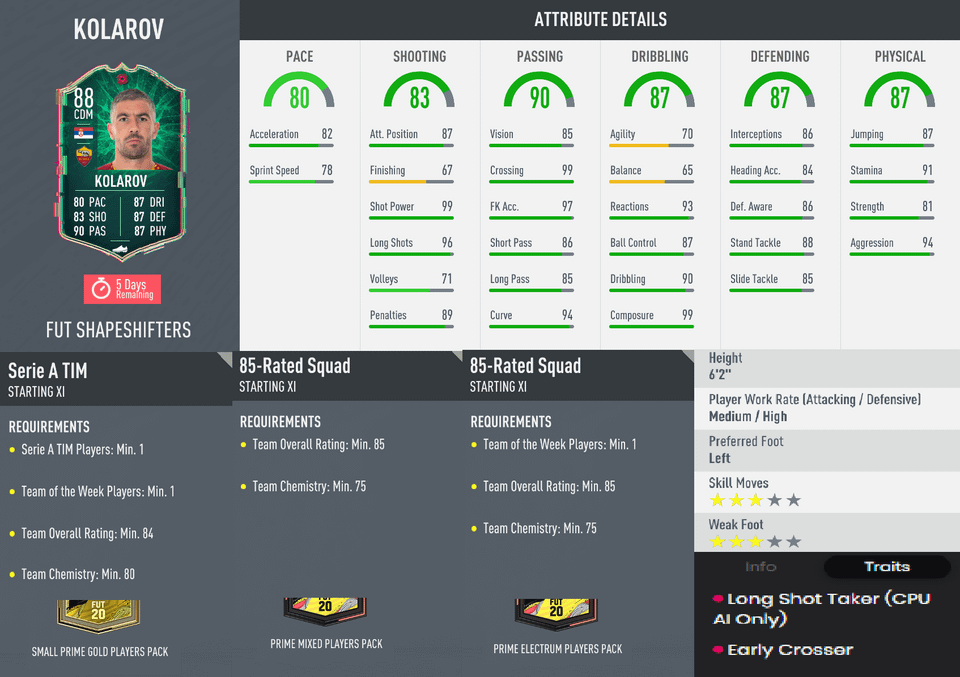 This SBC has three components that need to be completed – two 85-rated squads and an 84-rated Serie A team.

Here are the current cheapest solutions for all three components, along with how much they each cost: 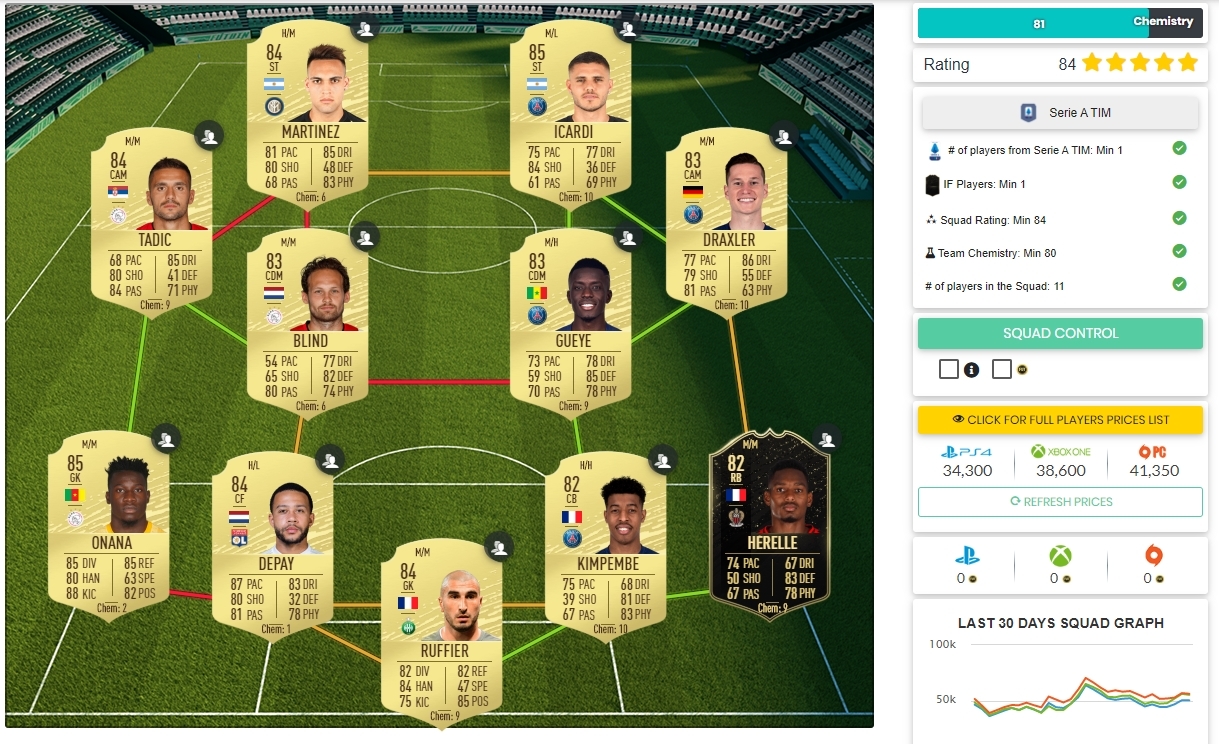 The current cheapest solution for the Seria A TIM part of the Kolarov ShapeShifters SBC in FIFA 20 Ultimate Team FUT. 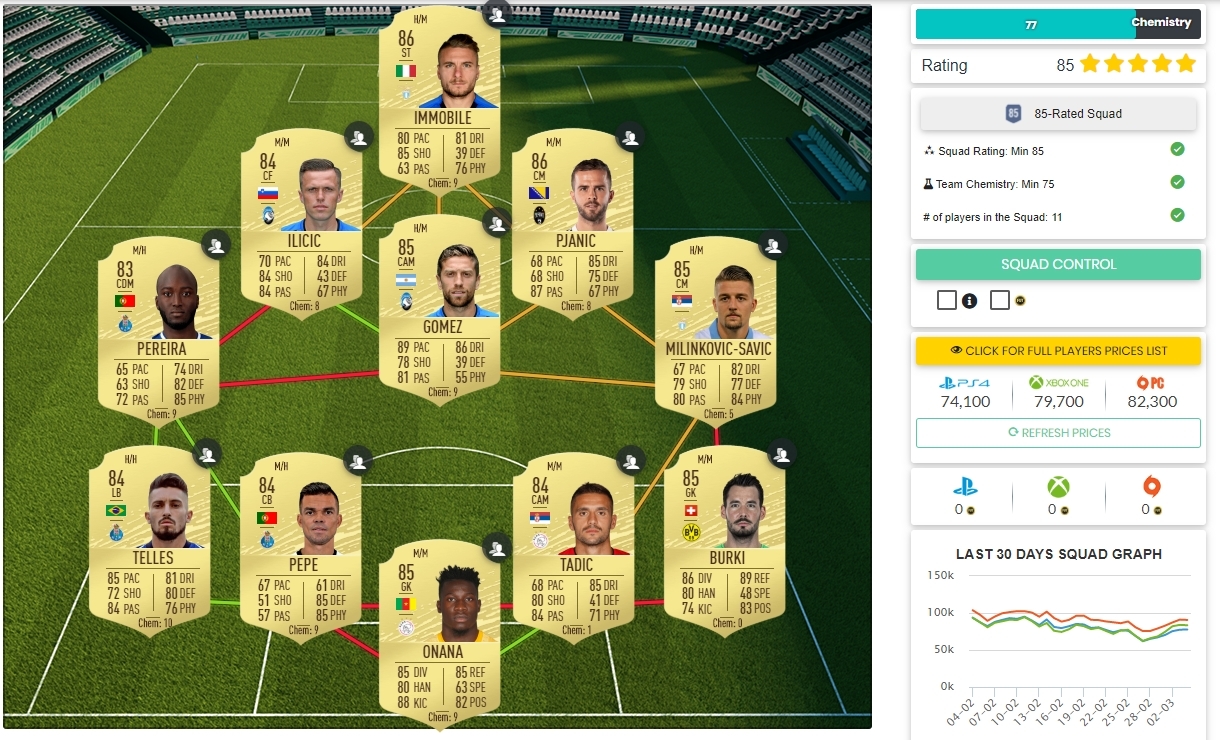 The current cheapest solution for the 85-rated squad part of the Kolarov ShapeShifters SBC in FIFA 20 Ultimate Team FUT. 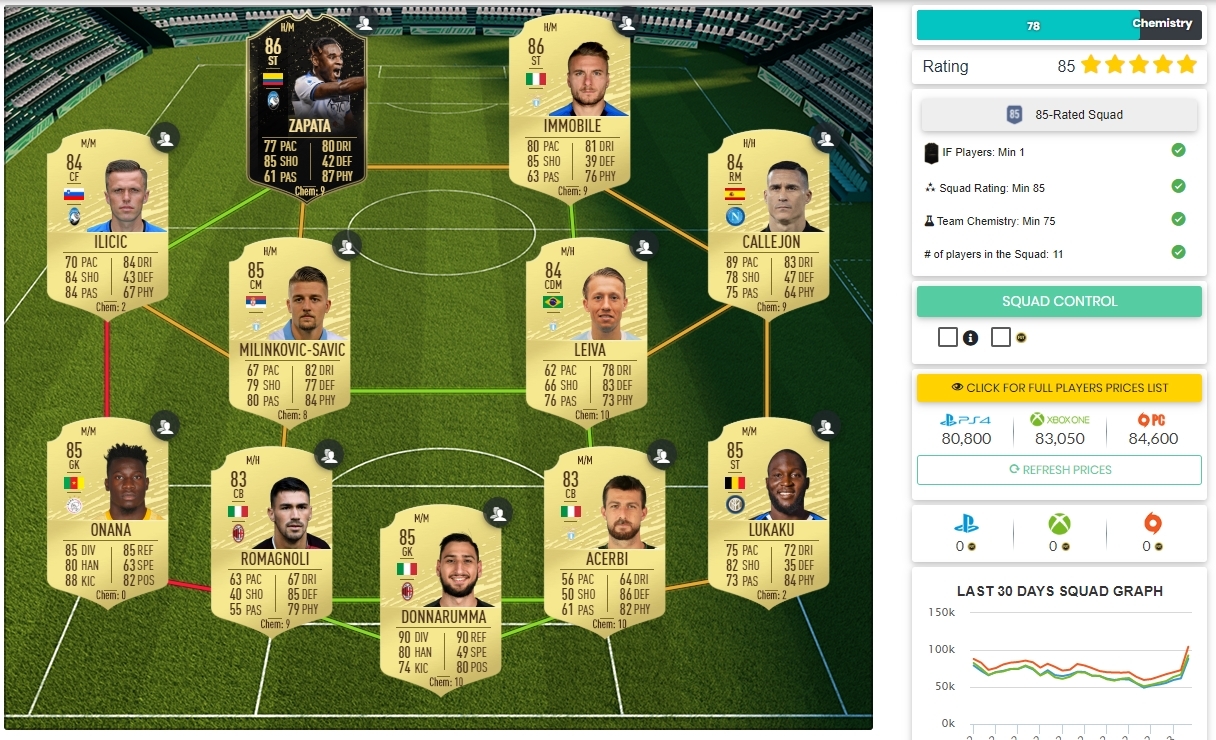 The current cheapest solution for the 85-rated squad w/In-Form part of the Kolarov ShapeShifters SBC in FIFA 20 Ultimate Team FUT.

Also, before spending all those coins on this SBC, you might want to give the player a try first by getting his three-match loan card. The SBC for that currently costs around 8,000-11,000 coins, depending on your platform.

Is Kolarov ShapeShifters SBC worth doing?

Getting a card as good as this 88-rated CDM Kolarov for around just 200,000 coins is actually a very decent value. His stats are extremely well-rounded, especially in defensive midfield, and he can pair nicely with some other meta Serie A cards, such as the newly released 86-rated In-Form Manolas from TOTW 25 and 87 Headliner Nainggolan.

Engine, Anchor, Shadow, and Guardian are all Chemistry Styles that will work with this card, depending on which areas you’d want to improve. We’d suggest Engine, since that boosts him up to 85 pace and, more importantly, improves his Agility and Balance from the yellow to green.

If you do decide to get this card, or want to try out his loan first, the SBCs for both are available until Tuesday, March 10.