Bundesliga special cards are appearing left, right, and center in FIFA 20 Ultimate Team at the moment – and fans of Eintracht Frankfurt are going to love this one! Daichi Kamada has a new special card, so let’s see how to complete it.

Die Adler have had something of a rollercoaster ride in terms of results since the league campaign got back underway, with a 3-1 defeat to Borussia Monchengladbach, a 5-2 loss at Bayern Munich, and most recently a thrilling 3-3 draw against SC Freiburg.

Their Japanese midfielder, Kamada, scored in that latest game at home to spark a comeback, but the new Player Moments card he received after the match wasn’t for that. Instead, it’s been rewarded to him for a special hattrick vs RB Salzburg, in UEFA Europe League earlier in the season. With unbelievable card stats, let’s jump right into it and see what you have to do to unlock him.

How to complete Daichi Kamada Moments SBC in FIFA 20

The challenge is only sticking around for a few days, finishing up on May 31, so act fast if you want to add him to your FUT lineup – or bench. The requirements for this SBC are fairly straight forward, although you might have to shell out quite a bit to pick up some of the card types needed. Let’s take a look.

For the card that you’re getting in return for this challenge, it’s not really a high price either – with FUTBIN estimating a cost of between 128,000 and 140,000 coins – depending on the platform you play on.

At the time of writing, its cheapest on Xbox One. As you can see, there are a variety of Bundesliga and high rated players needed to get the job done.

The solution that we would recommend can be found below. 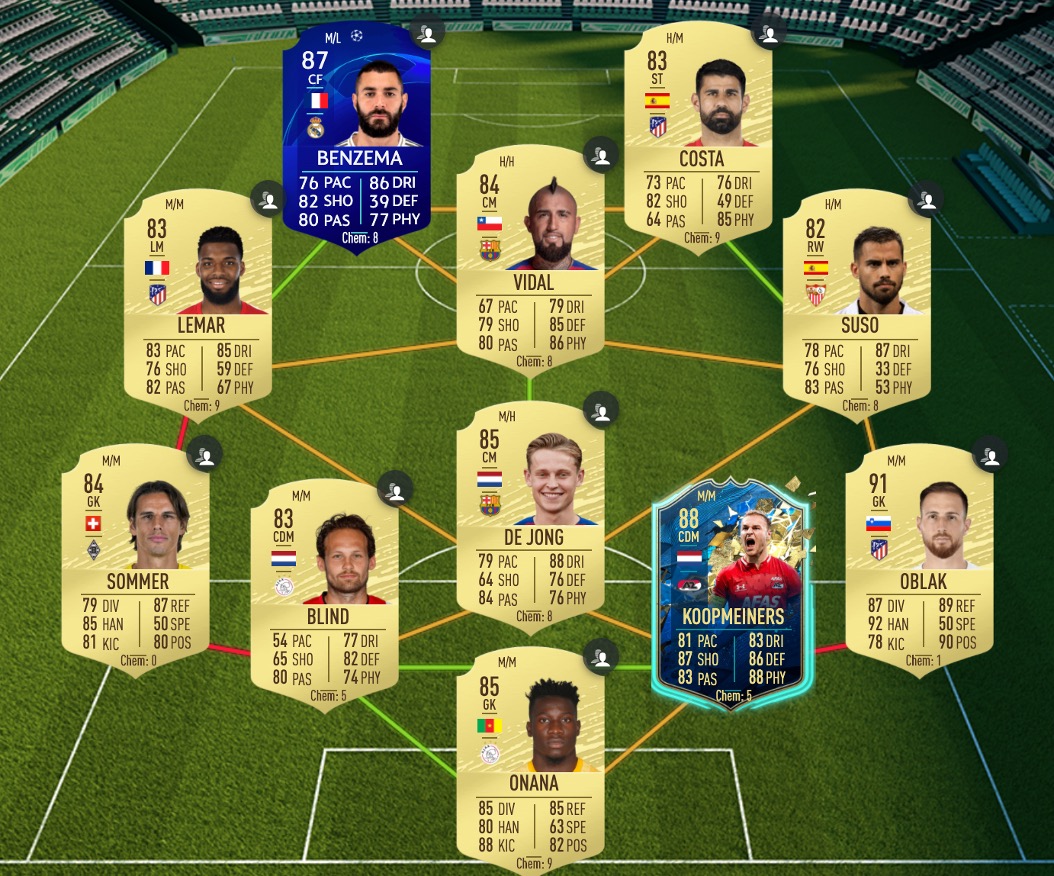 So, there you have it! A simple solution for a challenge that look worth doing, all things considered. The Japanese CF card has an astonishing 93 shooting, 94 pace, and 94 dribbling, so if you’ve got a Bundesliga team, he’s probably an ideal fit.

For more FUT news and guides, stay in the loop by following us on Twitter @UltimateTeamUK!