EA SPORTS have rolled out a super-cheap Flashback SBC for Italy/Juventus defender Giorgio Chiellini in FIFA 20 Ultimate Team, and we’ve got the requirements, solutions, cost, in-game stats, and everything else you need to complete it.

Even with FIFA 20 being on its very last legs as the player-base awaits the next release, EA SPORTS is continuing to pump new content into Ultimate Team, the latest one being a Flashback Chiellini SBC.

The card celebrates the iconic defender’s stellar 2013/2014 season with Juventus, or Piedmonte Calcio as they’re called in-game, and it’s very inexpensive to unlock, too cheap to ignore, in fact.

All it takes is an 82-rated squad meeting the following requirements, which FIFA database website FUTBIN estimates will set you back around 85,000 coins on PS4, 70,000 on Xbox One, and 81,000 on Origin PC.

Here is the current cheapest solution for this SBC, not requiring any loyalty or position-change cards. 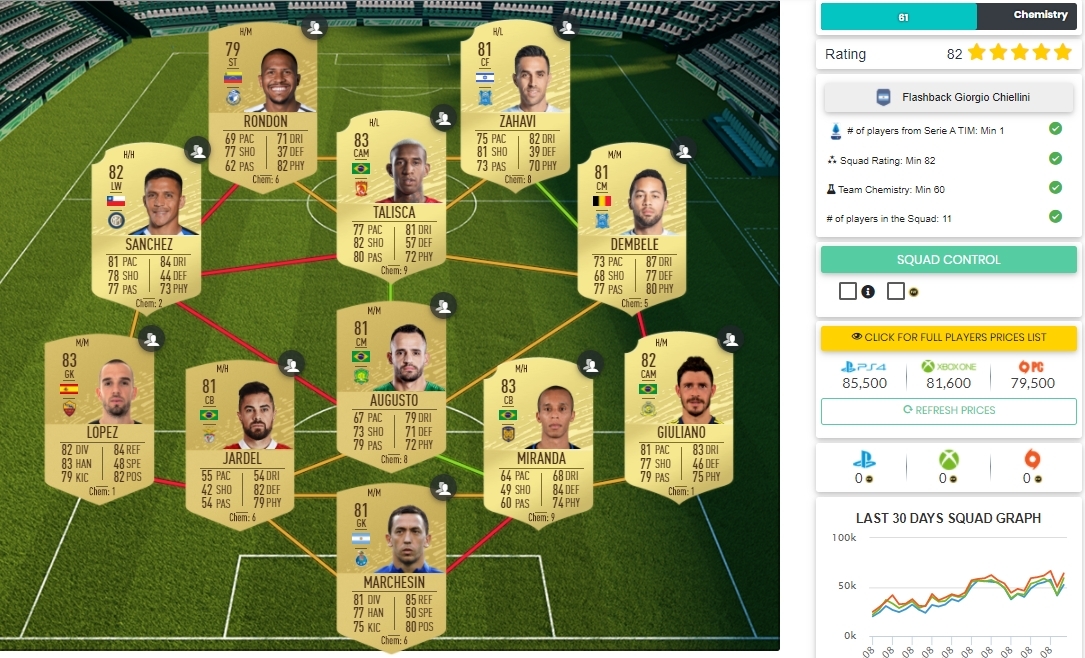 Already a high-rated centerback just on his base gold card, Chiellini’s new 96-rated Flashback SBC item boasts some incredibly powerful stats in pretty much all of the relevant categories.

His pace is more than acceptable, while the defending and physicality stats are all top-notch except for the low stamina. Even his agility and balance, which are usually low for many of the Italian’s cards, are pretty decent on this one, both being upgraded to 73.

All in all, it’s stunning that you can get this sort of item in exchange for a mere 82-rated squad, although it makes sense that EA would drastically lower the costs considering how close to the end of the game’s life cycle it is. 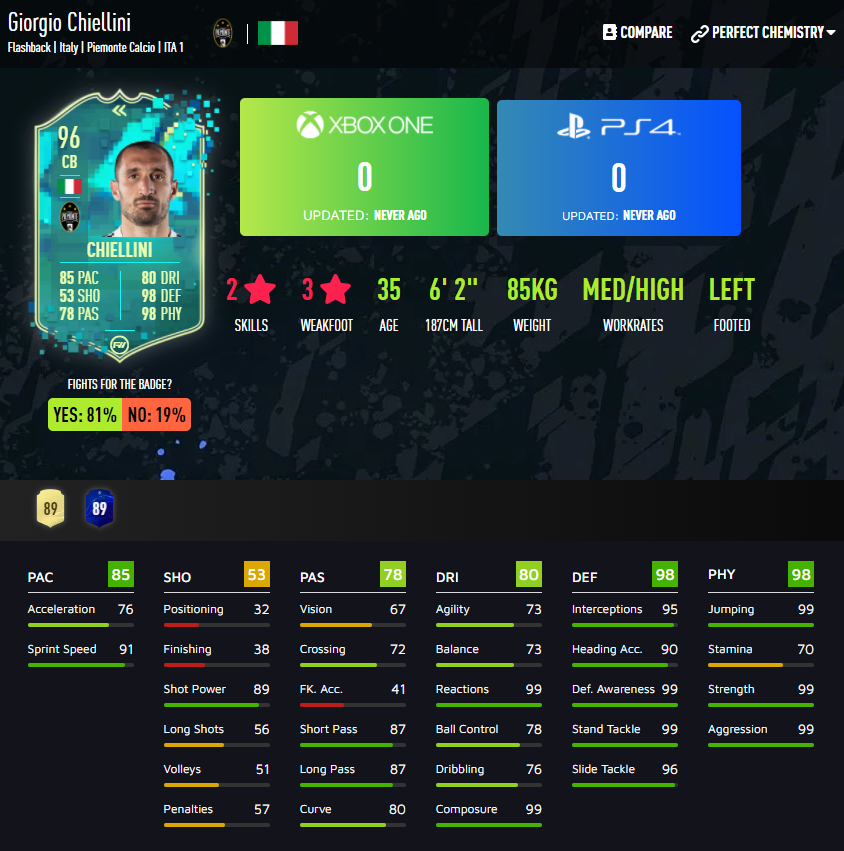 The Flashback card isn’t the only reward you get for completing this SBC; it also yields an untradeable Team of the Year (TOTY) kit that will be available in your FIFA 21 club once the new title is released.

This is part of the Pre-Season promo currently going on in FUT 20, through which EA SPORTS is giving players chances to earn cards for the next game’s Ultimate Team. Completing this Chiellini Flashback SBC in FIFA 20 awards you a TOTY kit in FUT 21.

The only downside is that this SBC was only made available for four days, which means you have until Sunday, September 6 to complete it before it expires.

As always, make sure to follow us on Twitter @UltimateTeamUK for all the latest FIFA news, updates, leaks, guides, and more.

How to get Shiny Smeargle in Pokemon Go

How to use the TikTok shapeshifting filter