FIFA 20 players have the opportunity to build their first Ultimate Team in the web app, EA Access or wait until the game is released on September 24. One thing is for sure though, we all want to get off to a flyer and hopefully this guide will help you with that.

Seasoned veterans of the EA SPORTS video game franchise will know by now that logging into the Web App will land you some daily rewards to start building your coins total up, as well as some FUT packs to get you started.

From there, just as a rough estimate, many of you will have approximately 10,000 coins to spend. If you invest it in the right way, you’re going to very likely hit the ground running, so let’s take a look at one of the best possible squads you can compile with that sort of money at your disposal. 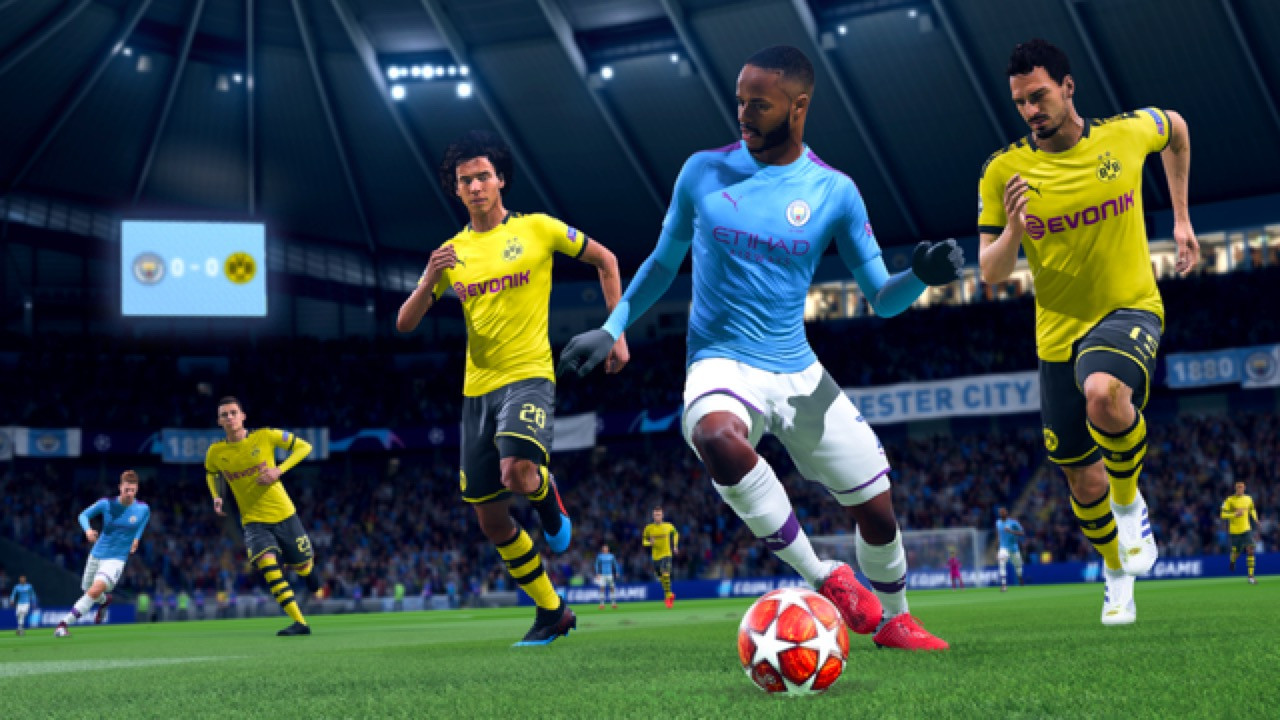 We’re not all going to be able to afford Raheem Sterling’s FUT card and the likes on day one.
[ad name=”article2″]

There are a few options in front of you when building an Ultimate Team with strong chemistry and quality, as ever. You could build a team based around a league that you like, a country, or even piece together a hybrid squad relying on a more complex piecing together of chemistry links.

Here, we’ve made it as simple as possible and gone for three different league sides, using the German Bundesliga, Serie A (Calcio A) and La Liga.

We’ve taken a pacey approach to start with, which usually is suited to the fast style of play on this game mode, and according to live Web App market prices it will set you back around 8,000.

The remaining 2,000 – if you want to – could be spent on some vital players for the bench. When it hits 60 minutes and you can see some of your team’s stamina taking a hit, it’s always good to freshen things up. 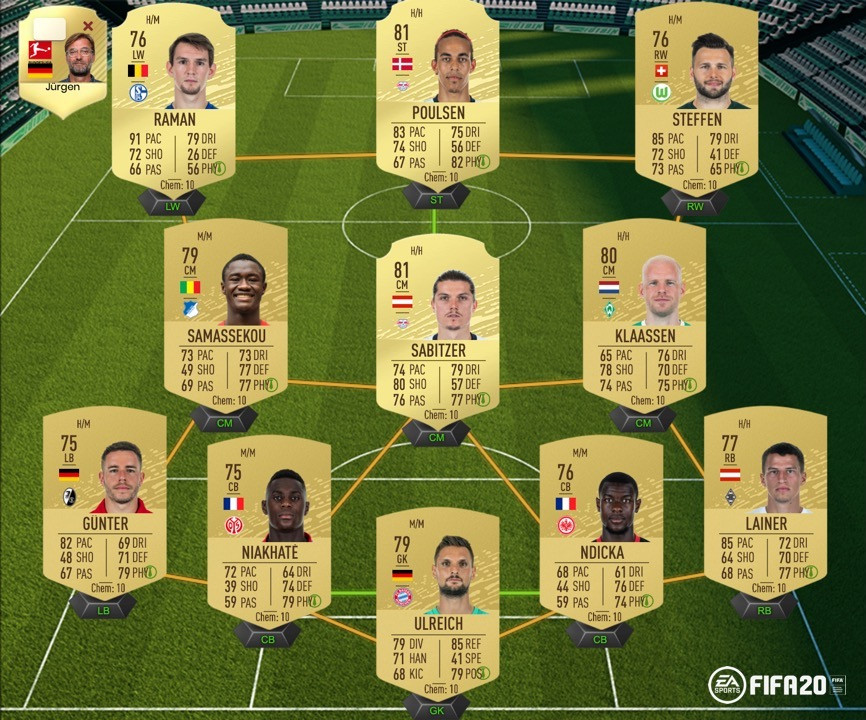 This starter squad should serve you well in FIFA 20 Ultimate Team.
[ad name=”article4″]

This second team will use up every single coin of that 10,000 budget, but it’s definitely a very strong side to be starting your Ultimate Team journey with.

What’s good about this group of players is that it’s got a pretty solid spine, considering how cheap it is – with the likes of Yann M’Vila, Nanitamo Ikone and even the goalkeeper Benoît Costil as well. Surrounding that is a base of quick, agile players that should be able to cause the opposition some damage. 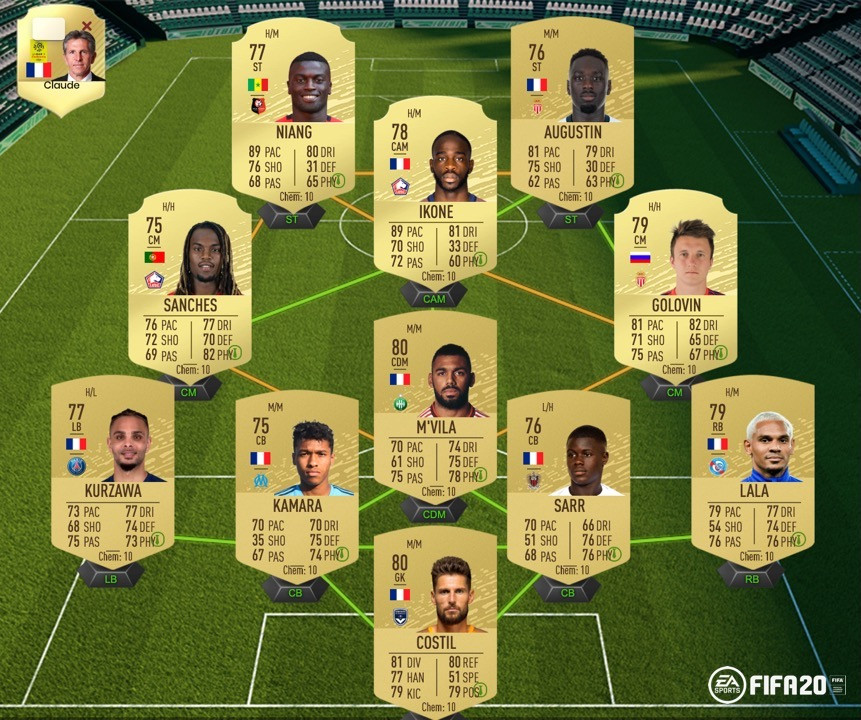 Last, but certainly not least, is this La Liga team. Again, this one will push you to the limit of your 10,000 coin budget, but with a clear emphasis on speedy attackers both on the sides and through the middle, it should allow you to get a bag full of goals.

Notable additions to this group include Lucas Vasquez of Real Madrid and also Valencia’s Kevin Gameiro as well – two quick forwards that should be able to link up with ease. 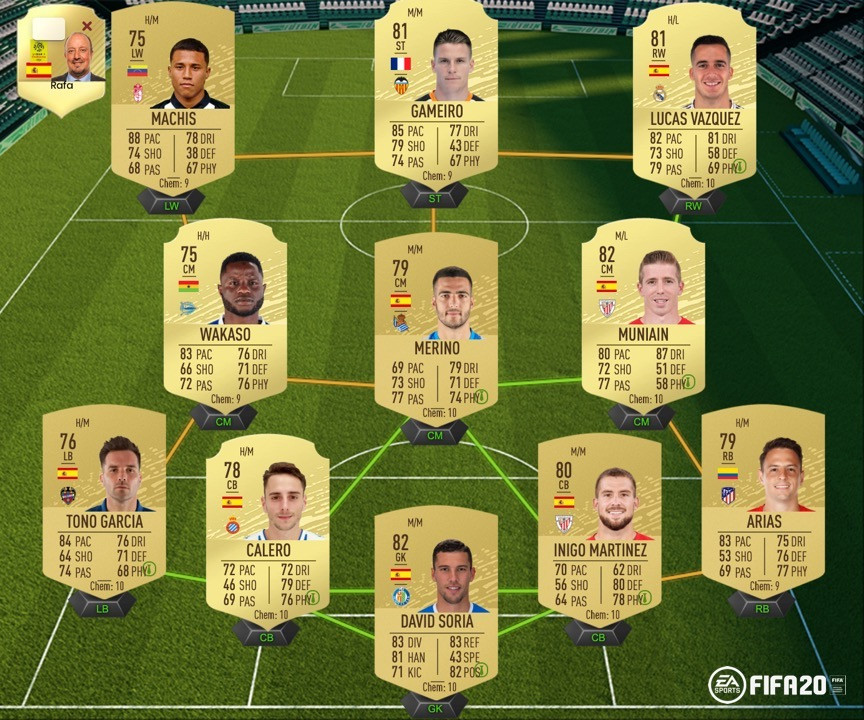 Well, there you have it. Those are our best 10,000 FUT coin squads to get you started on FIFA 20 Ultimate Team.

While they certainly won’t look like the strongest teams in the world at first glance, after playing a few games and gaining more coins for playing matches, you will be able to quickly upgrade some of the positions in order to improve. They should give you a great starting point, though, regardless.