Big questions have been asked of EA SPORTS after releasing pitch notes for FIFA 21 Ultimate Team, Gameplay, Career Mode, Pro Clubs, and other game modes. However, we now know a lot of key details weren’t actually answered in those deep dives.

Each of these deep dive articles were comprehensive, there’s no doubt about that. Some of them reached word counts in the thousands, covering a wide range of changes coming to the series soon.

Not all questions were exactly answered, though, so EA took initiative and rolled out a few question and answer (Q&A) sessions on social media. Here, they have since opened up on some new features and the things that never made the cut.

Naturally, not all of these will be positive for players, but let’s run through six things the pitch notes didn’t uncover.

FIFA 21 releases this October on Xbox One, PS4, and PC.

Co-Op not supported in FUT Draft

If you’re one of those players that likes to play a FUT Draft every so often, you may be sad to know the new Co-Op feature will not be supported.

This was confirmed on August 10, where a dev claimed other popular ways of playing had been favored this time around. It is available, however, for both Squad Battles and Division Rivals.

Draft is in FUT 21, although Co-Op won't be supported.

We’ve prioritized adding Co-Op to the most popular ways to play FUT. https://t.co/hjx6ArD0Sa

One of the things PES has had over FIFA in the last few years is Become A Legend. Konami’s series really is the home for the Player Career experience, and that doesn’t look set to change any time soon.

The managerial side of things has been prioritized this year, again. This means new Visual Sim and Player Development features will not be in Player Career, though feedback is being taken on board – EA have confirmed.

Interactive Simulation is coming back in FIFA 21 Career.

We’ve been shown how Interactive Simulation will work in Career via the pitch notes, but the amount of time it will take per match was omitted. This is handy to know as well because the reason people skip Career Mode matches is to save time.

Well, now we’ve got an answer. On August 13, FIFA Direct Communication posted: “An Interactive Sim Match clocks somewhere between 4-5 minutes depending on how many match events happen and how many times the ball goes out of play. Keep in mind we’re talking about regular 90-minute matches with no extra time. You can also quick sim to the end at any point.”

No Co-Op Friendlies in Ultimate Team

Playing online Friendlies with a few of your mates might be standard procedure for multiplayer Ultimate Team.

The Co-Op feature will not be supported, though, and that might be a big blow for friends looking to take on others that they know. In FIFA 21, you won’t be able to send game invites to other players, just your Co-Op partner.

We've seen your feedback, but for FUT 21 we do not have support for game invites from Co-Op sessions, this includes FUT Friendlies. https://t.co/6Fh61qfCAG

Cross-platform play is not included in FIFA 21

One of the most surprising developments since the pitch notes were unveiled has been the confirmation of no cross-play. It doesn’t matter if you have two consoles made by the same developer, i.e. Xbox One and Xbox Series X, no cross-platform play will be supported.

In a previous FAQs article, EA said: “Allowing our players to play against each other on whichever platform they play EA SPORTS FIFA is a long-term goal of ours.” But, that won’t happen this year.

On the contrary, the Ultimate Team market will be. So if you place a card up for sale, that can be purchased by Club Owners on both current and next-gen systems.

The way we buy players is changing in FIFA 21 Career Mode.

New transfer strategies have been incorporated in FIFA 21, making players pickier about the clubs they want to play for. Just like previous games, some people will declare themselves a ‘one-club man’ making it difficult to sign them, while others will be quite the journeymen.

Those worried about big-name players turning down the opportunity to play for promoted sides, due to their lack of history, have had their questions answered – though. Responding to a player that used Macclesfield as an example, EA said: “The average Star Ratings of the teams in the league dictate the quality of the league. So top rated players could potentially join a side like Macclesfield if they’re playing in a highly competitive league.”

This is an encouraging move and should reassure players that their initial club pick isn’t going to impact their transfers down the road.

That brings our list to an end. If you spotted something interesting in the Q&A that never featured here, send us the details @UltimateTeamUK on Twitter! We might add it later down the line.

EA SPORTS have rolled out a new Team of the Week-themed SBC in FIFA 21, allowing you to stock up on TOTW players. So, here’s what you need to know.

For the most part, squad building challenges – or SBCs – are focused on giving FIFA fans the chance to unlock special variant cards of their favorite players.

These are usually like Player of the Month, Flashback, Player Moments, Road to the Final, or a number of different promos, but EA also sprinkles in something different at times too. These unique SBCs can be focused on cosmetics like kits, badges, and stadium upgrades – but there are also the ‘lucky bag’ type SBCs too.

These SBCs come out at different points of the seasons, and the rewards are either completely random or locked to one particular set of cards. This time around, it’s all about Team of the Week.

The SBC, called the Current TOTW Upgrade, isn’t all that difficult to grasp. You’ve got to build one squad, and in return, you’ll be given a Team of the Week pack. Unlike the previous TOTW Upgrade, the pack you get for this SBC is locked to the week you open it – rather than the past few weeks.

With the reward being pretty random – there is no set rating for the player you’ll receive – EA haven’t rolled out an entirely difficult SBC. No, it’s just an 83-rated team, so you can hand over quite a bit of fodder to complete it, if you’ve got unusable cards in your club.

You will, though, need to also have at least 50 team chemistry when its all said and done – so it can’t just a pile of random cards. But, again, it isn’t difficult.

Now, if you haven’t got useless cards upon useless cards stocked in your club, you will have to fork out to get the SBC completed. Though, it’s not incredibly expensive.

According to FUTBin, starting it from scratch will cost around 20,000-24,000 coins. But, we’ve got a few solutions that should save you a few coins too. 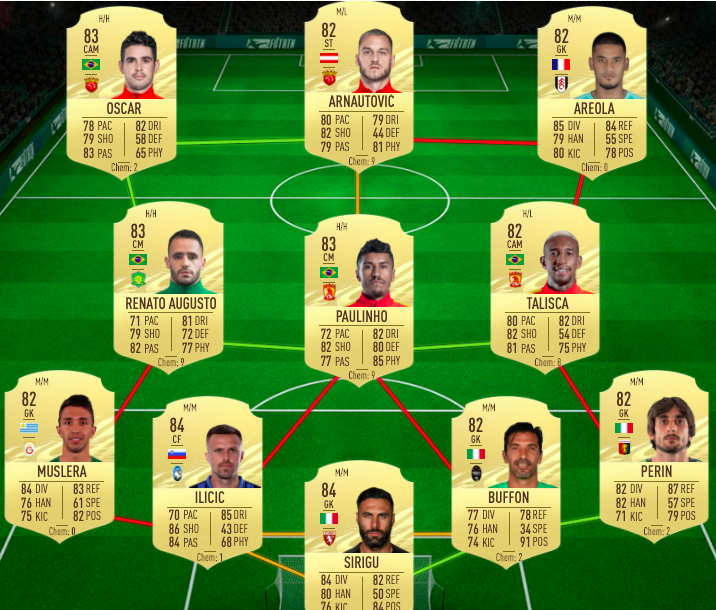 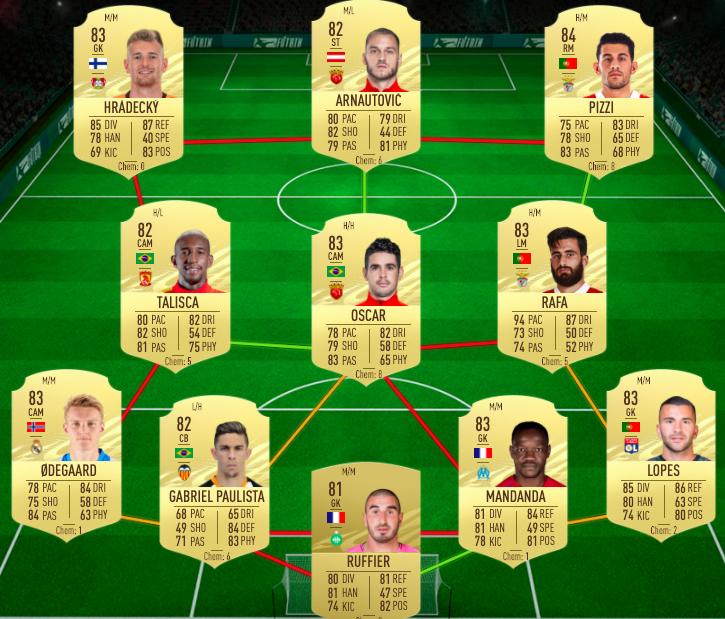 Aside from bagging a guaranteed TOTW Card, the SBC is repeatable, so you can try your lcuk over and over – providing you have the coins or cards to do so.

If you manage to grab anything nice, be sure to let us know what you packed by tweeting us @UltimateTeamUK.