YouTube and TikTok star Tyler Funke was left absolutely mortified after telling a girl on Omegle to “put [both] her hands up” – without realizing that she only actually had one arm.

Tyler became popular with a variety of comedy and music videos on Tik Tok, amassing almost one million followers on the video platform.

He has used this to help propel his online reach, including a YouTube channel that now has over 108,000 subscribers, with most of his videos being highlights of chats he has on online video chat website Omegle. Though he gets a lot of views from these Omegle videos, he got a little more than he bargained for during one chat. 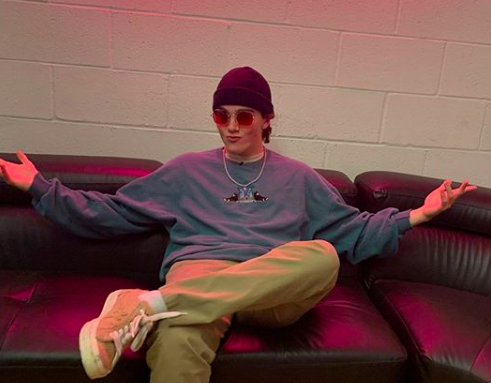 Funke is a young social media personality that has blown up in recent months.

Funke encountered a fan on Omegle on January 1, who immediately started saying “oh my god,” clearly in disbelief that she is in a call with one of her idols.

As a joke, he makes a gun with his fingers and points them at her, saying “you’re under arrest, put your hands up!” She smiles and puts her arm in the air, to which Funke in faux-anger says “both of them!”

After a moment of deliberation from his fan, she moved her right side towards the screen to show the arm she didn’t have and said “I don’t have another arm,” laughing in the process.

omegle is an interesting place to say the least. pic.twitter.com/ImgQVjkKus

Immediately, Funke looks absolutely horrified at the situation, unable to believe the chances that this would actually happen.

Covering his mouth and saying “oh my god,” Funke quickly closed out of the chat, clearly at a loss as to how to react to the situation that he had put himself in. All he could muster was to say “What are the odds,” exclaiming his disbelief that such a situation would occur.

It’s not known who the fan on Omegle is, but she seemed in good spirits during the incident, laughing about it and taking it in good faith. In fact, she seemed to take it a lot better than Tyler Funke did.