According to YouTube, over 200 million people watch gaming related content on their website everyday, but the platform on which they do so is about to change considerably.

YouTube Gaming, a ‘standalone’ app that was launched in 2015, was intended to be a separate destination for all these gaming content lovers, but YouTube admits it wasn’t the best, because not everyone fully understood its purpose.

Now, the Gaming category will reclaim a spot on the main site and application, “launching a new Gaming destination to give gamers a home on YouTube”, the website says in the announcement.

They explain how the new ‘destination’ will work, as it will now personalize the content, and will show “top live games and the latest gaming videos from your subscriptions”.

The page itself is somewhat similar to how rival Twitch organizes its own ‘Browse’ page, with each specific game on new game pages. For example if you want to watch Fortnite, you can simply click on the Fortnite page and all related content will be in one place. 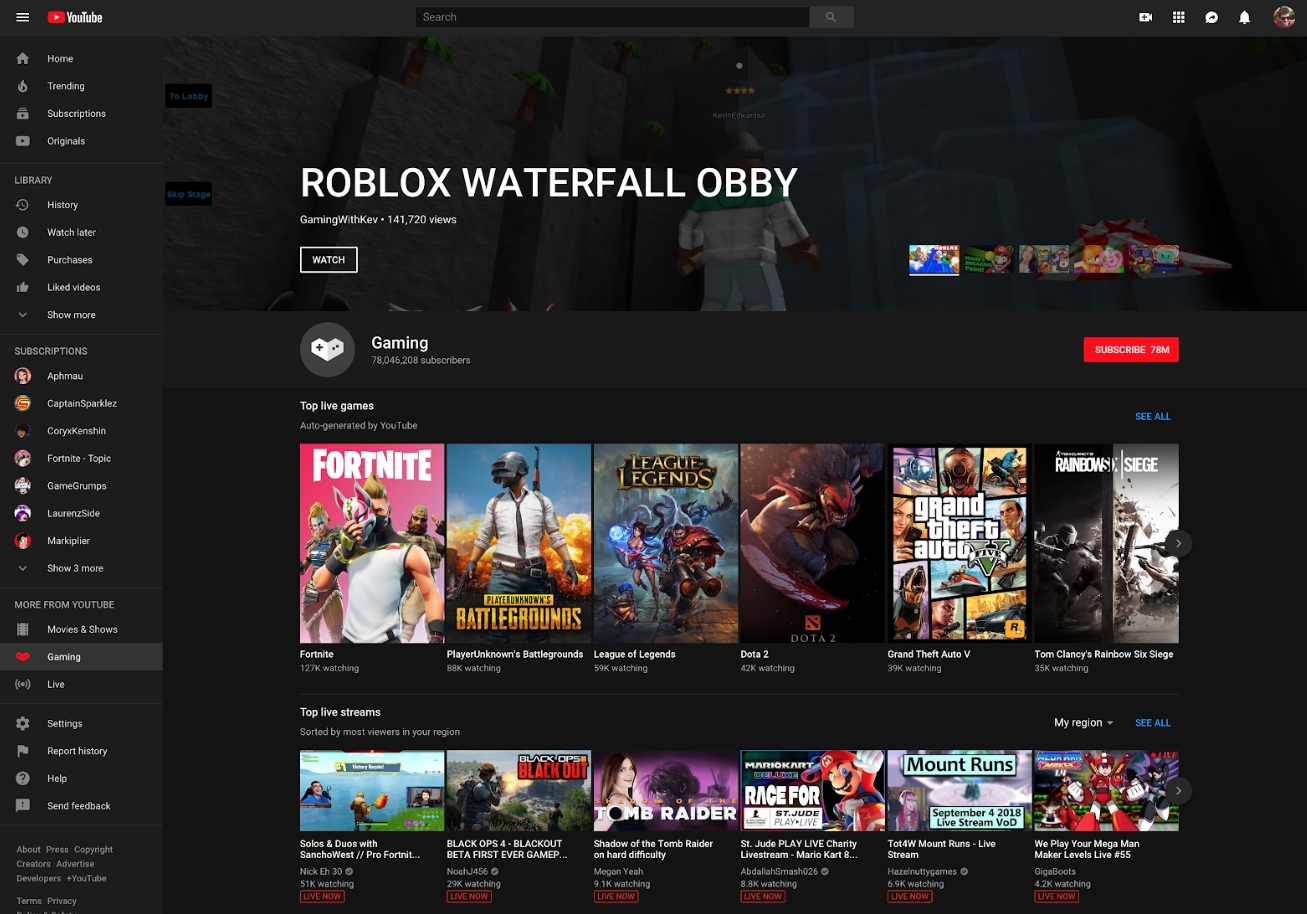 YouTube Gaming will now also work hard to promote up and coming content creators and streamers, something it’s previous app was failing at. Head of YouTube Gaming, Ryan Wyatt, explained to Polygon:

“The problem is, if you didn’t have the app, or you weren’t using the gaming hub to kind of like discover this content, creators weren’t as discoverable.”

He even directly credits Twitch with some inspiration, saying, “Twitch does a really good job with game discoverability.” But creator discoverability is also important to YouTube, which is why they are launching the new “On The Rise” section, which will promote a new gaming content creator each week.

We also wanted to cast a bigger spotlight on Gaming Creators that are still up and coming. We're happy to introduce Gaming Creator on the Rise. The Creator will be featured in the main trending tab on YouTube every Sunday and on the Trending tab for gaming for the entire week. pic.twitter.com/RlroXpbOux

Wyatt hopes that YouTube will become the number one destination not just for gaming video, but also livestreaming – a crown worn comfortably by Twitch at the moment.

He explains that outside of Ninja, the biggest gaming content creators, for example Markiplier and PewDiePie are on YouTube. And even though Ninja is known for his Twitch content, he is also the fastest growing gaming creator on YouTube, uploading his stream VOD’s to his channel.

With Fortnite and other battle royale’s booming, plus the ever-present Minecraft and other classic games still very popular on YouTube, the future is bright for YouTube Gaming, and it’s creators.