Who is Daequan? Twitch superstar with a remarkable success story - Dexerto
Entertainment

Who is Daequan? Twitch superstar with a remarkable success story

Daequan tsm
This article is brought to you in partnership with G FUEL.

In the incredibly competitive world of video game livestreaming, it takes something truly special to get ahead and stand out from the crowd, and no one knows this better than TSM member and Fortnite superstar Daequan Loco. He has experienced more than his fair share of obstacles on his road to success, but these struggles have also shaped him as an entertainer who is loved by millions of fans.

Hailing from Florida, Daequan discovered his passion for gaming at a young age, largely thanks to his older brother who helped him hone his competitive edge as they battled to beat each other’s times or high scores in Super Mario and Crash Bandicoot.

However, the 24-year-old’s true competitive spirit perhaps comes from his time as an aspiring athlete. A talented basketball player, his dreams of attaining a scholarship were snatched away after an altercation on the court. He continued to play the sport, though, joining the AAU League, where his team won the Florida State Championship, something he cites as one of his biggest achievements. 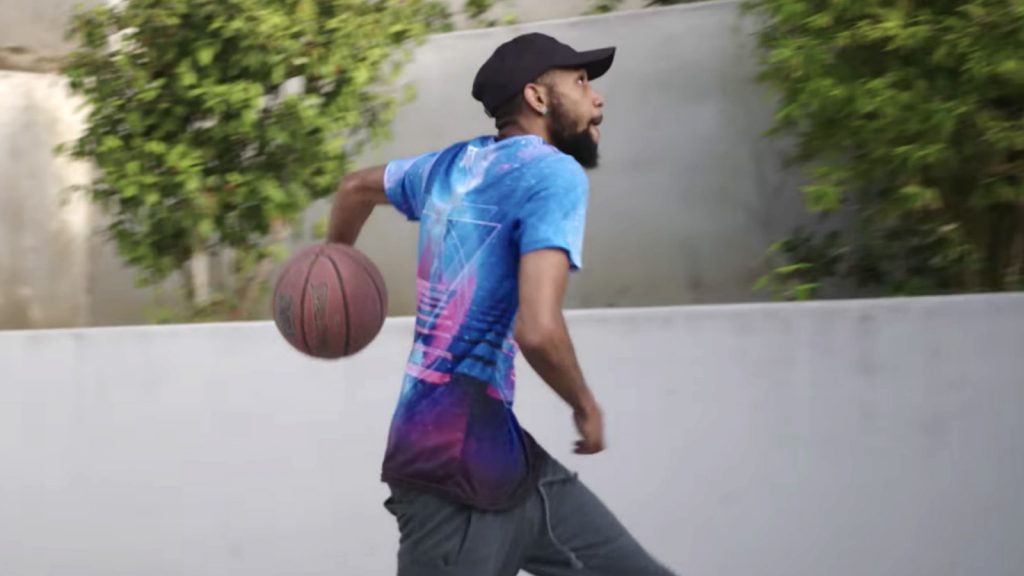 Daequan is a talented basketball player – playing the sport has helped him become even more competitive.

How did Daequan get his lucky break in streaming?

Having missed out on the basketball scholarship, Daequan looked at how he could make a career from his other passion – gaming.  He could see that many young Twitch streamers were earning a good living from doing the thing they loved the most, and he wanted a piece of the action.

He started by asking his parents to buy him a PC for $3,000, but his father initially dismissed the plan, advising him to resume his education instead. However, Daequan was not to be deterred – with his mind set on his goal, he raised the cash himself, bought the PC and started streaming just before the launch of Fortnite Battle Royale in September 2017. He soon started playing the popular shooter after friends recommended it to him, and he was instantly hooked.

Just because he was now playing the streaming game of the moment, it didn’t mean that he would be an instant success. Like many gamers, he needed a bit of luck to set him on the path to Twitch stardom. It came when he accidentally left the ‘fill squad’ option enabled, and was placed into a game alongside Dakotaz – a Twitch streamer who currently has the fifth most followed channel on the platform.

The squad went on a 27-game winning streak, raising awareness of Daequan’s name, before Dakotaz helped him get an invite to the Fortnite invitational tournament. It was his skill that made him stand out as he dominated games against other top streamers and YouTubers, which, he says,  “kickstarted” his own channel. 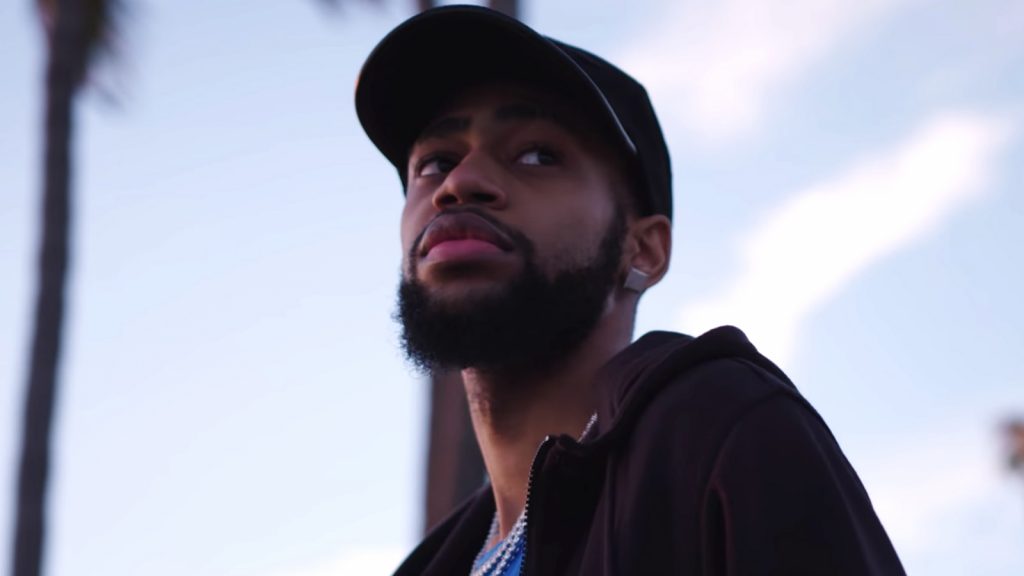 An incredibly talented player, Daequan became best known for discovering and spreading the idea of the ‘double pump’ (using two pump shotguns in tandem for deadly damage output), which soon became the dominant meta in Fortnite.

Dakotaz himself credits Daequan with the creation of the double pump meta, before it was eventually patched by Epic Games, stating that Loco “changed the game forever.”

Loco played Fortnite competitively throughout 2018, performing well in the Summer Skirmish events, finishing in the top 25 in numerous heats. Now he was a competitive player as well as a top streamer.

These days, Daequan is known as ‘TSM Daequan’. He joined Team SoloMid in February 2018 after fellow streamer Ali ‘Myth’ Kabbani, who Loco had teamed up with frequently on Fortnite, introduced him to the esports organization. With two million followers on Twitter, TSM are one of the most popular brands in esports, so it was a simple decision to join up.

This proved to be the next big boost in his career, as he left home to move into the TSM team house in California. Joined by Myth, Hamlinz and CaMiLLs, the TSM Fortnite squad instantly became one of the most popular teams, rivaling the likes of FaZe Clan, Team Liquid, and Ghost Gaming.

The trio of Daequan, Myth, and Hamlinz became immediate fan-favorites, and the chemistry between them made for hilarious and memorable moments on stream. They would often congregate in the one room to rap battle, wrestle or pull pranks on each other, and the family atmosphere was infectious for viewers. 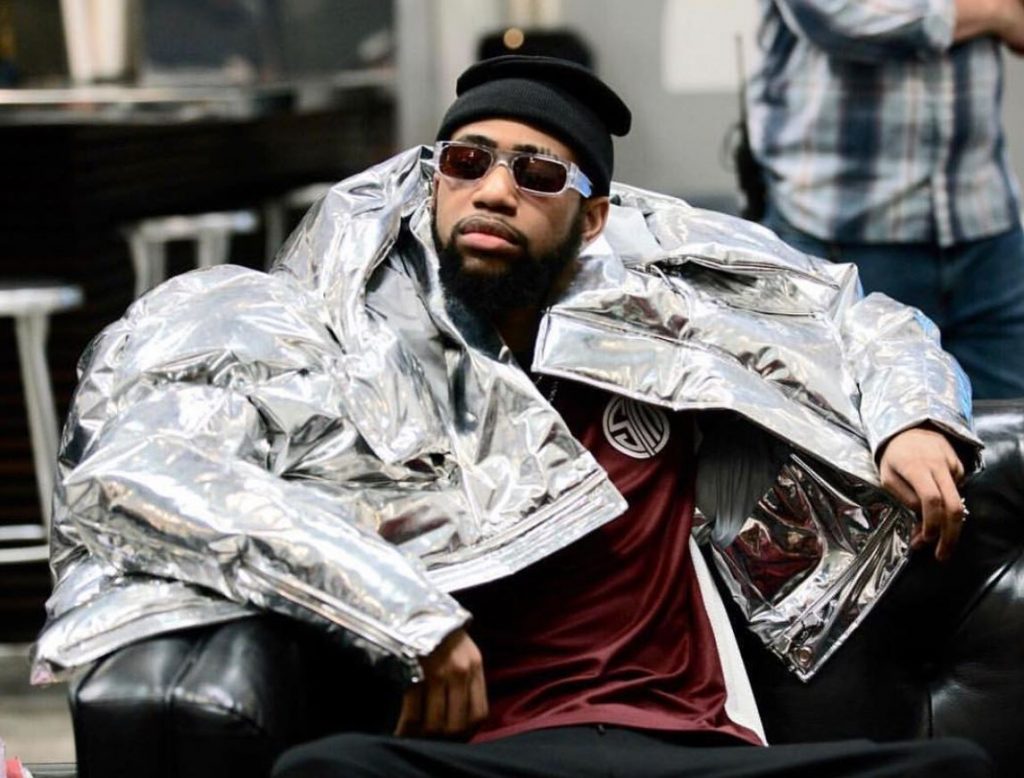 Daequan is now one of the most popular members of TSM

Daequan’s struggles away from streaming

Despite his success, it hasn’t always been smooth sailing for Daequan, who has endured more than his fair share of tribulations since becoming a household name in the gaming community.

In January 2019, Loco took the first of what would become frequent breaks from streaming and content creation. He reappeared briefly in May, but health problems left him with constant pain in his spine and stomach, forcing him out of action again. He finally explained the situation to his followers on Twitter in June, confirming that he was determined to make a comeback.

My upper back just started killing me and I got a headache. I read earlier in the comments you guys sent that your spine could be causing all these health issues I've been having. I'm getting that checked soon (there's def something wrong it hurts 24/7 now) so hopefully we will..

He eventually returned to full-time streaming in September, nearly nine months after he initially stopped. In his comeback video, he gave a full explanation for his absence. It wasn’t just the health issues that had kept him away from Twitch – he had been grieving after family members had passed away, and two of his friends had been shot dead. Understandably, it all weighed heavily on him.

However, the month before he returned, Daequan dropped another bombshell. He announced that he was quitting playing Fornite competitively, having fallen out of love with the esport. Explaining that he was tired of moaning about the state of the game, the TSM star said: “I prefer enjoying my life rather than complaining from the time I wake up till I go to sleep like almost every other pro Fortnite player because it’s trash.” 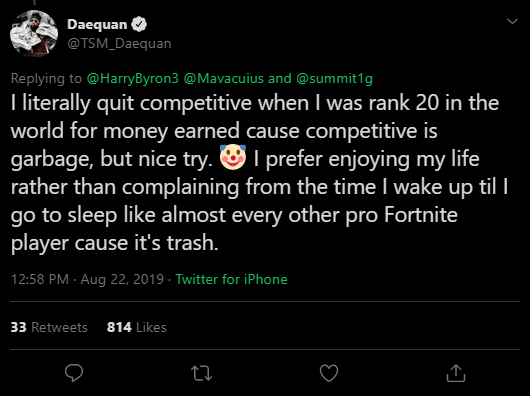 What does the future hold for Daequan?

On December 6, 2019, Daequan posted a lengthy and heartfelt message to his followers. “As most of yall know, 2019 hasn’t really been my year,” he began.

“I’m using every single day that I didn’t stream and post, all the self-disappointment, all the hate that I had built up in myself for not being there for you guys and the stream and all that, and turning it all into MOTIVATION.” 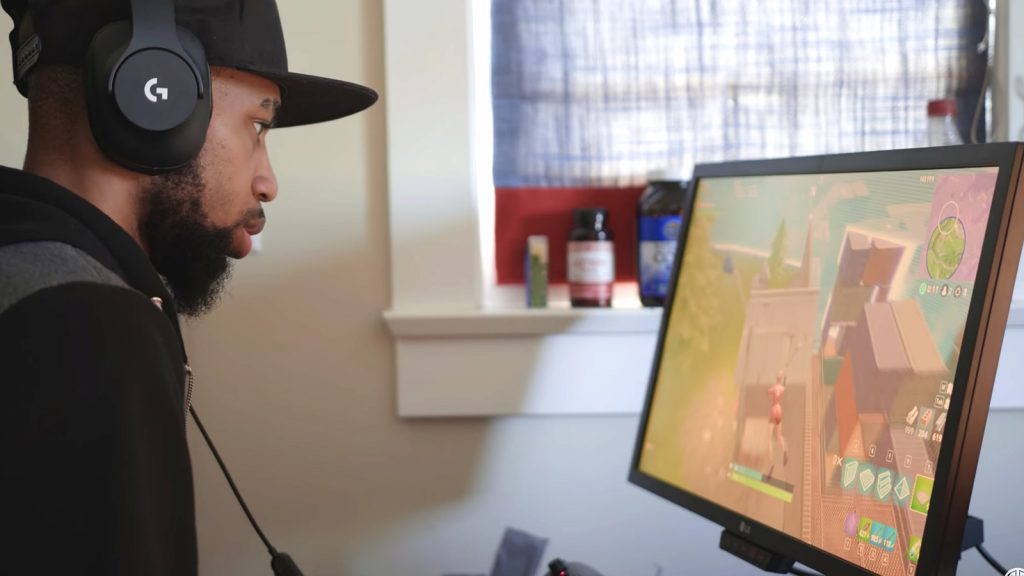 He pledged that he would be “locking myself into a lil bubble and focusing on myself, you guys, and the content.”

He also thanked the people who have stuck with him throughout his struggles.

His fanbase has remained loyal, and even during these long breaks, much of his following on Twitch and YouTube has remained committed, waiting for his return and ensuring that there was never a decline in follower or subscriber count. His videos still rack up hundreds of thousands of views, despite a very sporadic upload schedule.

Daequan has already proved himself to be capable of overcoming everything life throws at him, with his skill, determination, and passion for streaming and entertaining carrying him through. Now, with 2020 on the horizon, the TSM star is getting ready for his greatest year yet.

Daequan has teamed up with energy drink company GFUEL to launch his very own flavor, Dubmelon Mint. It is on sale now – use code ‘Dexerto’ for 30% off your next order.
Advertisement