Twitch Streamer Ninja to Feature at Forbes 30 Under 30 Summit

Top Twitch streamer Tyler “Ninja” Blevins has been announced as the latest addition to Forbes’ 2018 ’30 Under 30′, which celebrates high achieving young people across various industries.

From his roots as a professional Halo player, Ninja has been streaming on Twitch for the better part of a decade, as far back as when it was originally named ‘Justin.tv’.

He steadily grew his stream with the battle royale genre, first H1Z1 and then PUBG, before rocketing to the top of all of Twitch with the release of Fortnite’s battle royale mode.

Since the start of 2018, he has grown his following across Twitch, YouTube and social media exponentially, gaining tens of millions in followers in a matter of months.

And of course, that led to a sharp increase in revenue, with Forbes writing that he is earning around $1 million a month from his various revenue streams (Twitch, YouTube, sponsorships etc.). 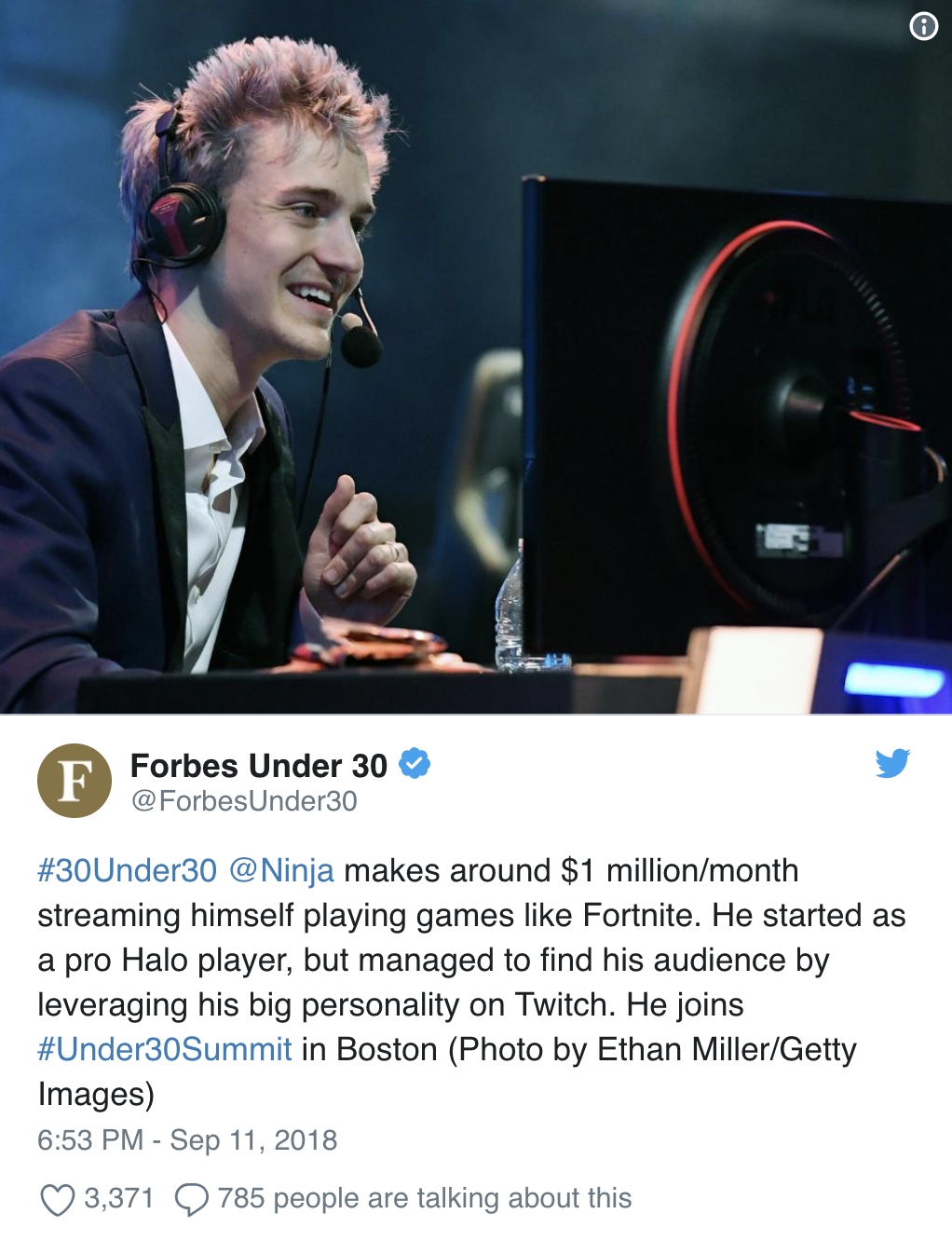 He will be in attendance at the 30 Under 30 conference in Boston, where along with lots of other speakers, he will presumably talk about his journey and how turned gaming into a very lucrative living.

In total, 7,000 “entrepreneurs, visionaries and disruptors” will convene at the summit on September 30 – October 3, with 200 “world class speakers – including investors, celebrities, musicians, sports stars, cultural icons, world-renowned chefs and political and business leaders”