Twitch streamer Erobb “exposes” why Greekgodx is so “toxic” on stream

Popular Twitch personality Eric ‘Erobb’ Robbins has “exposed” fellow content creator Dimitri ‘Greekgodx’ Antonatos while streaming on April 27, claiming that he is very different off stream compared with how he acts on stream.

Erobb is the younger brother of popular League of Legends streamer ‘Tyler1’, but boasts his own impressive audience, with over 100,000 followers on Twitch. He regularly broadcasts IRL streams and recently called out Twitch for its alleged double-standards.

Greekgodx is a British streamer, with over 750,000 followers on Twitch. His audience regularly tune in for his IRL streams and reactions to YouTube videos. The two have been frequent collaborators for some time now, but Erobb called out Greekgodx for being entirely different when broadcasting than when offline. 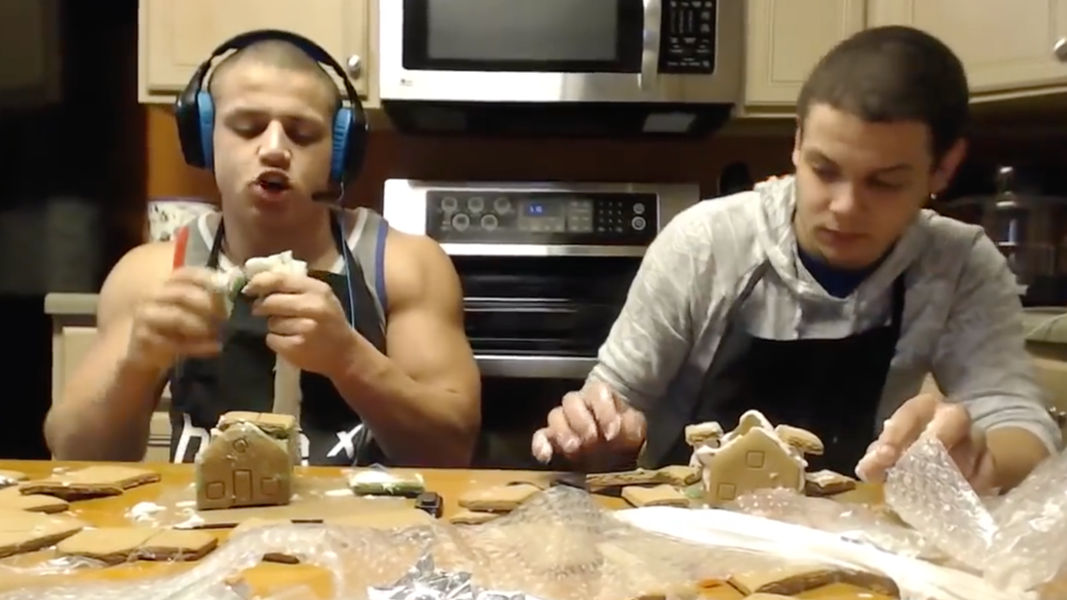 Erobb has previously appeared with his brother Tyler1 on stream.
[ad name=”article2″]

The two were streaming on April 27, when Erobb stopped the normal flow of his stream to have serious words with Greekgodx. “You are so much different off stream now dude,” started Erobb.

“I’m gonna expose you,” he continued. “You are so wholesome off stream, but on stream you’re a fucking dick now. You know what I think it is? It’s your chat bro, they changed you. Your chat is so toxic towards you, and I think it puts you in a bad mood.”

“You know why I’m always so happy?” asked Erobb. “Because my chat loves me and they’re wholesome towards me. And I go in your chat and they’re just shitting on you the whole stream. Off stream you don’t have to deal with them and you’re happy.”

In response, Greek can be heard agreeing with Erobb, as it seems that he appreciates his friend’s honesty.

There was a mixed reaction from viewers, as one Reddit user stated that they disagree, and that “Greek is an adult and he makes his own conscious decisions. Anyone blaming his chat for whenever he acts toxic is cutting him too much slack.” However, others sided with Greekgodx, and suggested that his Twitch chat is at least partially to blame for the streamer’s alleged toxicity.