Twitch has seen a number of controversies throughout the years, including slip-ups, vandalism, and more – but one incident saw a streamer banned for using offensive, racist language.

Popular fitness streamer and speedrunner Calebhart42 was in the midst of a broadcast on April 18 when he pulled up his Discord channel, showing a message from himself that contained a racial slur.

While Calebhart quickly clicked away from the window, he wasn’t exempt from Twitch’s TOS, which saw his channel get banned from the platform shortly thereafter – likely due to his racist language shown during the stream.

However, unlike Calebheart, Alinity didn’t receive a ban for the slip-up – resulting in speculation as to why she hadn’t yet been punished for other TOS breaches that occurred during her previous broadcasts, such as her selfie taken on stream.

This wouldn’t be the first time that a streamer has been recently banned from the platform due to their racist behavior, either; one cosplayer got the ban hammer after applying blackface makeup on stream while recreating Apex Legends’ support legend, Lifeline. 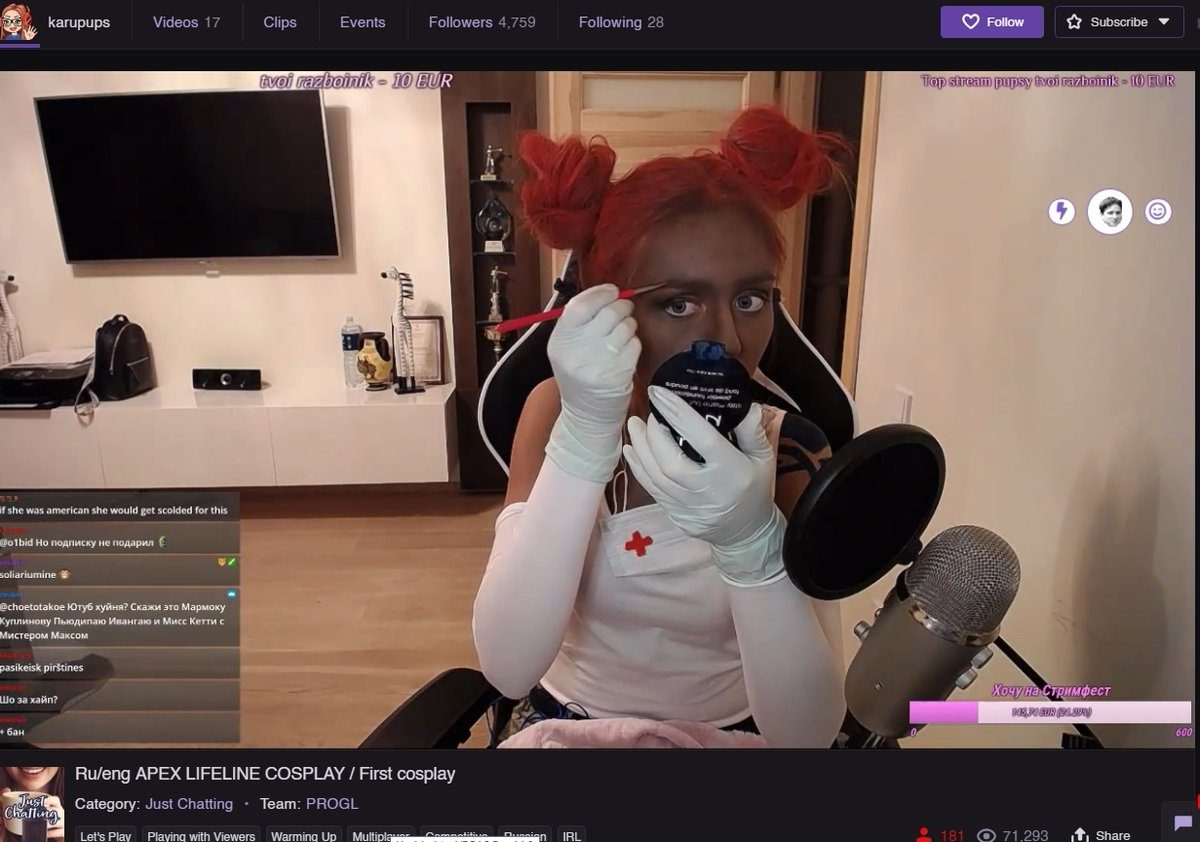 Twitch streamer ‘Karupups’ was given a 30-day ban for applying blackface makeup on stream while creating a cosplay of Apex Legends’ Lifeline.

The streamer later spoke out on her ban, claiming that her cosplay was “nothing but an image” and stating that her viewers had been “interested” in the costume that she created on stream.

Despite her argument, Twitch banned the streamer for 30 days due to “incitement to hatred towards a person or a group of people” – which was quickly followed by yet another racist incident during a stream at TwitchCon Europe.

Two IRL streamers were the victim of a racist stream sniper at the convention, who shouted a slur into the camera in an apparent attempt to get their channel banned for the language.

The sniper didn’t get away scott-free, though – one of the two streamers approached the woman and gave her a piece of his mind, which ultimately ended in her apology.

Both Calebhart and his sponsor, Counter Logic Gaming, have yet to speak out on the issue via social media.