A new video has surfaced of an incident at a Cleveland airport where Super Smash Bros commentator D’Ron ‘D1’ Maingrette had his bag stolen.

According to the video description published by the YouTube channel “Real World Police”, the incident took place in late June of 2019 when D1 went to Cleveland for a weekend birthday party.

The commentator had to use a wheelchair due to an ankle injury and was pushed by an airport wheelchair attendant. While in a restroom near his gate at Cleveland Hopkins International Airport, Maingrette left his bag, which contained his wallet and passport on the chair. 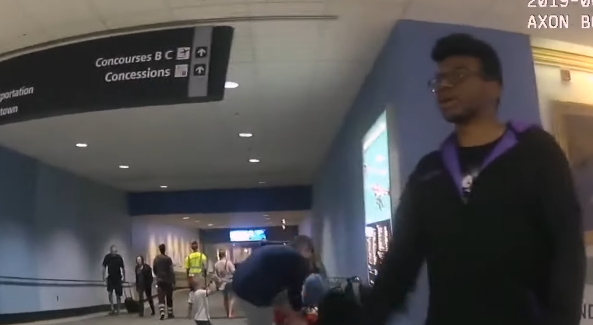 Naturally, when he came back, it was gone.

D1 then spoke with officers, alerted them to the missing bag. Eventually, after doing some running around, they were able to locate the alleged thief, who had taken it. (Timestamp 7:11 for mobile users)

Luckily for D1, nothing in the bag was stolen and he was able to get home to California. His reaction to getting his things back was absolutely priceless and the Smash icon even hugged the officer. (Timestamp 10:00 for mobile users)

“This was literally the scariest situation,” D1 wrote on Reddit. “It was a Twitch work laptop, had my Nintendo Switch that Nintendo gave me on my bday with a free copy of BOTW prior to release, my wallet, my passport, my XCapture-1 capture device from Japan which was a gift from a Naifu, and many other electronics within.”

“I was in shambles, but that police officer gave me hope in humankind,” he added.

At the end of the video, it’s revealed that the flight attendant has not been criminally charged and because the crime would be considered a misdemeanor, in order to press charges, D1 would need to go to the prosecutor. 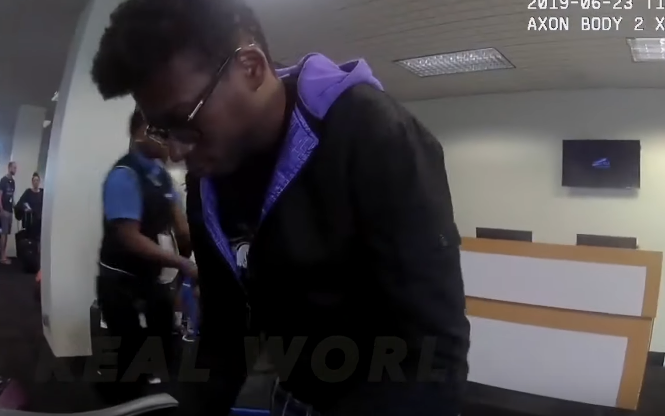 “The attendee taking a random bag onboard instead of giving it to people who work at the airport is super suspect. There is no reason to bring a bag onboard a flight, instead of providing it to airport security so I could have found my misplaced bag easier,” Maingrette said.

However, a Frontier Airlines spokesperson revealed the flight attendant had been fired.