Twitch superstar Michael ‘shroud‘ Grzesiek explained a major problem with Mordhau, and then quickly showed viewers what it was, as he died to a man’s fists.

Mordhau is a game that has become pretty popular on Twitch since its release, as numerous big-name streamers have given it a shot.

It doesn’t look like it’s going to become the next hot commodity in streaming, but is a fun game for streamers to mess around with as a secondary option, like we’ve seen shroud do with it so far. 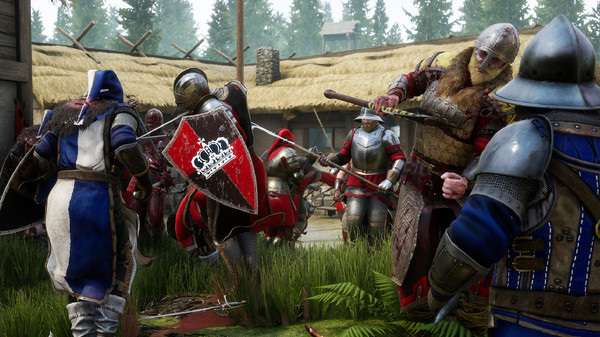 Shroud usually sticks with shooter games but has dabbled a little in some different games before and Mordhau is one of those games.

He was explaining the major issue with Mordhau so far, which is how players with no weapons and armor can still kill players who are fully geared.

“A guy with a guitar and no armor can beat a knight in full level 3 armor, which is the highest armor by the way,” shroud says just seconds before he dies to a player with no armor or weapon. “I just died to a man with a fist.”

Shroud does have a good point and the problem is made clear as day in his clip. Mordhau is still very early in its life so changes could certainly be on the way.

Mordhau quickly became one of Steam’s best sellers, with next to no publicity before launch. The game has a bright future if it it able to take criticisms like shroud gave in stride.

If Mordhau is able to retain viewership on Twitch as it gets updated, then there’s definitely a lot to look forward to with the game going forward.