Pokimane in disbelief at the immaturity of the RuneScape community

Twitch star Imane ‘Pokimane’ Anys was left speechless after encountering a group of immature, but admittedly creative, players during her adventures on Old School RuneScape.

Pokimane is one of the most popular streamers on Twitch and recently hit 3 million followers on the platform, becoming only the 13th person to reach such a milestone, beating the likes of Lirik and Tyler1 to the landmark.

The streamer tweeted out on May 16 looking to gauge whether her audience would be interested in watching her play the popular online role-playing game, Old School RuneScape, and received an overwhelmingly positive response.

..would anyone be interested in watching me play runescape tomorrow.. 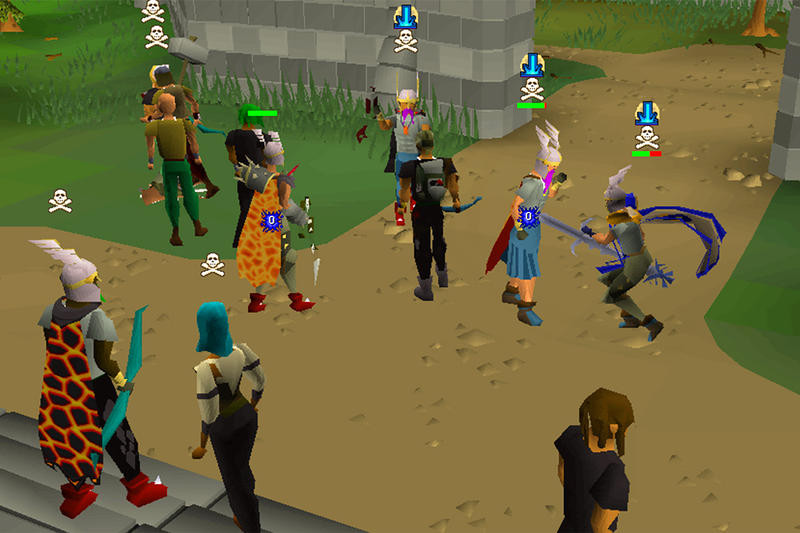 She eventually decided to stream the game before a number of players were able to track down her location in game and managed to create an immature piece of art which was visible on the minimap.

It appeared a group of more than 30 users banded together and formed a phallic shape which left Pokimane lost for words.

“The minimap – you guys made a…” she said with a look of shock on her face.

The 23-year-old did praise the efforts of the players who successfully stayed in formation to create plenty of laughs in her Twitch chat. “That is some impressive coordination,” she said, “I won’t even lie. RuneScape is something else.”

However, it was confirmed on Reddit that the art was created by bots which allow one player to control as many as 20 accounts at one time.

It proved to be the final straw for Pokimane with Old School RuneScape, as she swiftly moved over to Fortnite Battle Royale following the encounter.