Phant0mlord seeks $35m in damages from Twitch in court case

The first court cases in one of the most significant lawsuits in streaming history took place between August 13 and 15. James ‘PhantomL0rd’ Varga, at one time one of the most popular personalities in live streaming, is suing the platform where he used to broadcast, Twitch, after he was banned from using their services in 2016.

Having filed his lawsuit on February 14 2018, after he had been banned from the Twitch platform for almost 600 days, PhantomL0rd’s legal team claimed that Twitch had violated its contract with him by never issuing a satisfactory explanation for why they terminated his account.

The files presented to the court included evidence of Twitch representatives appearing to be unclear over their own rules. Varga’s legal counsel stated that his removal from the platform had caused him “irreparable damages,” which prompted Twitch to counter-file in May of the same year where they too stated they would seek damages for an amount to be disclosed at trial. 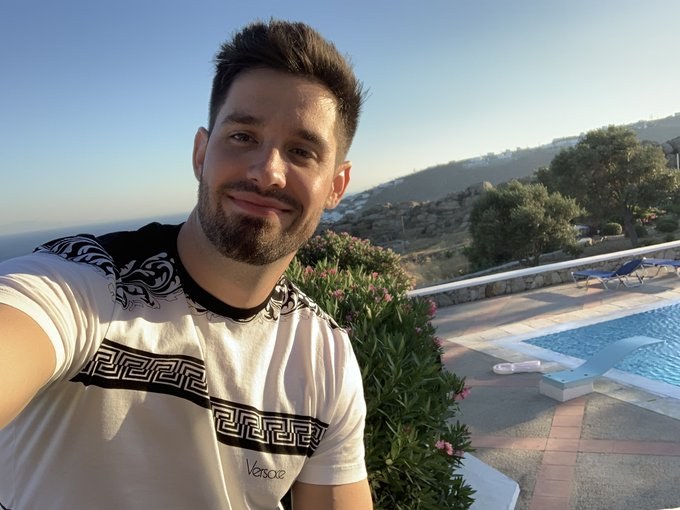 PhantomL0rd once held the record for unique concurrent viewers on a personal stream at 143,000.

The dates became known to the public after Varga’s purported ex girlfriend and business partner Tory “dinglederper” Weeks tweeted about them asking fans from California to come and attend the open court sessions. She framed the hearings as Twitch being questioned regarding “ToS and contracts,” while omitting the context as to why these hearings would be taking place.

Minutes from the court case show that, in addition to Varga – who once held the record for most concurrent viewers on an individual stream – taking the stand to be questioned, former Twitch employees Stuart Saw and Twitch’s current Vice President of Global Partnerships John Howell were both cross-examined.

After two days full days in court with a brief session on the third, the court stated that closing briefs, a final summary of arguments and findings, will be due for submission on September 13. Two weeks from that date the court will issue a proposed statement of decision, at which time legal teams can file any objections. This may lead to further hearings, so it could be a while still before there is a decision on this specific component of the case.

This hearing represents only a component of what will be an ongoing trial specifically focused on a clause in the contract. The “limited liability clause” in both of the agreements between the parties essentially states that, should one party decide to sue the other any monetary damages, damages will be limited to a maximum of $50,000.

In summary Varga’s lawyers argue that this is unfair as he wasn’t aware of the clause, wasn’t empowered to review his contract, that it disproportionately protects Twitch, and that he has lost significantly more than that in damages from the ban. Twitch argue that there was no pressure, that they cannot be held responsible for Varga not reviewing the contract, and that the liability limitations can’t be argued as one-sided as they apply to both parties.

Regardless of whether or not the court decrees the limited liability clause to be upheld, it won’t be a definitive ruling in the overall case. Rather, the focus will be on how much in damages Varga could potentially claim. It also appears that, if the clause is unenforceable, then Twitch could also make a claim for liability above the $50,000 amount too. During a recent live stream Varga had stated that he believed his damages would total $35 million.

PhantomL0rd is legit claiming that he's expecting $35 MILLION in damages from Twitch…MINIMUM. Based on a 'rough calculation' by a financial advisor on what he earned in the past. pic.twitter.com/ntH7epUF6U

For those who have not been following the case, James Varga was banned from Twitch in July 2016 after leaked Skype logs showed he was an undisclosed owner of skin gambling site CSGO Shuffle and that he was also working with the website’s coder to manipulate outcomes. While his channel was banned a steady stream of new subscribers were appearing at regular intervals, leading many to conclude that they were part of a botting service designed to induce other people to subscribe.

While Twitch doesn’t comment publicly on why people are banned, the reasons seemed clear enough. The resulting scandal was instrumental in prompting Valve to begin a clampdown on skins gambling, sending cease and desist letters to many of the most popular sites.

Twitch also released a statement reminding streamers: “As per Twitch’s Terms of Service, broadcasters are not permitted to stream content that breaks the terms of service or user agreements of third-parties. As such, content in which the broadcaster uses or promotes services that violate Valve’s stated restrictions is prohibited on Twitch.”

CSGO Shuffle was included in the initial wave of cease and desist letters.

After taking close to a year off from streaming, Varga would later come back, this time on YouTube, again with a heavy focus on case-opening and gambling. His return stream in July 2017 saw him express his desire to sue Twitch and state that he was “looking forward to asserting [his] rights to the fullest extent of the law.”

Despite having been named in a dismissed lawsuit in 2016 no one had filed a lawsuit specifically against the activity of CSGO Shuffle, something Varge also acknowledged in the aforementioned stream. For many in the community it seemed that he had got away with what he had done with few consequences and, as such, people believed that any chance of him suing Twitch was marginal.

There is a possibility the lawsuit could reach an abrupt end, depending on how the court rules on this hearing. If the liability clause is upheld Twitch might choose to settle for the $50,000 maximum to simply end the legal proceedings.

If the court deems the clause to be improper in any fashion, though, we are likely to see objections from Twitch’s legal counsel, which would naturally draw out the proceedings for a longer period of time. Dexerto shall keep you up to date with information from the trial as it progresses.

How to use the PPSh early in Black Ops Cold War