Controversial YouTuber Logan Paul released his documentary mocking the Flat Earth community on March 20 – but they could be hitting back at his video in a big way.

Paul posted a Tweet on March 28 that he promptly deleted, where he claimed that his home had been robbed by a Flat Earther.

The YouTuber later released a video to his Instagram story documenting the incident, which showed law enforcement restraining the robber – who answered that his name was “Charlie.”

“Why the fuck does this always happen in my life?” a seemingly bewildered Paul asked the camera.

Paul likewise posted a photo of a broken window, which the robber apparently used to gain entry into his mansion.

However, speculation later arose concerning the incident, with the likes of Drama Alert’s ‘KEEMSTAR’ noting that the police officer in Paul’s photo looked similar to the uniform of YouTube personality and “fake cop” Patty Mayo. 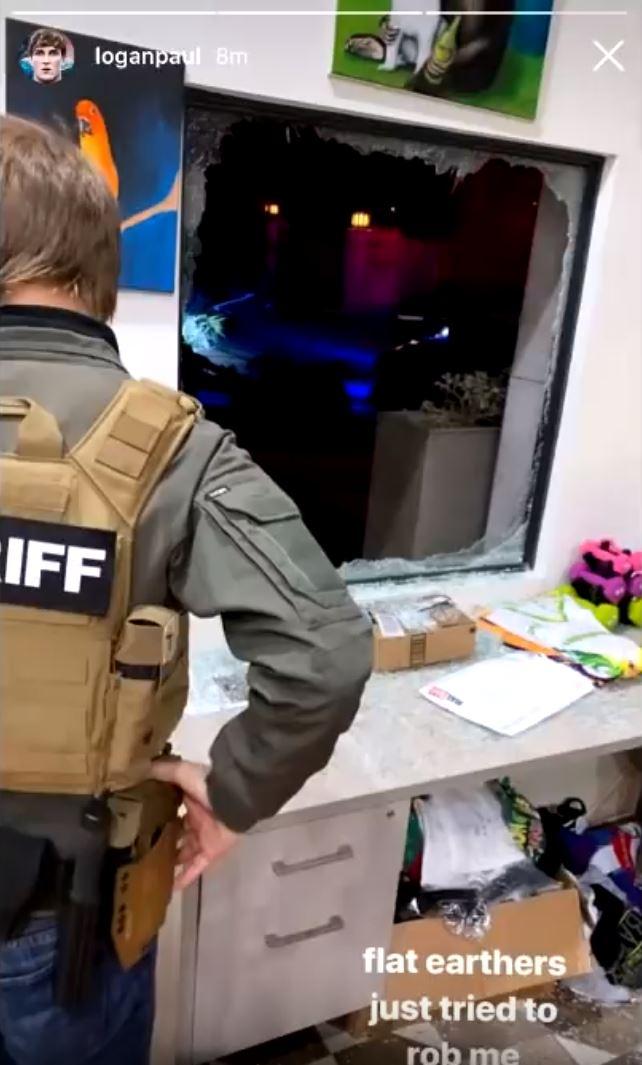 While Paul has yet to release a statement concerning the debacle as of March 31, other fans across the space are questioning if the “robbery” wasn’t merely a stunt for an upcoming video.

However, if true, this wouldn’t be the first time Paul has been the subject of unwelcome visitations; the YouTuber performed a citizens’ arrest of a legitimate home invader in February 2018, who oddly decided to pass out on his sofa rather than pilfer any valuables.

Paul likewise claimed that his documentary over the Flat Earth community was made as a “fuck you” to his haters, following the YouTuber’s series of controversies throughout his career on the platform.

Some Flat Earthers weren’t happy with his mockumentary, with Flat Earth International Conference organizer Robbie Davidson vehemently decrying Paul’s film on Twitter – and even appearing on an episode of ABC’s ‘Nightline’ to discuss the matter.

UPDATE: Paul has since uploaded a video of the encounter, which appears to be a prank, considering the content’s warning message that asked viewers not to try any of the “activities, stunts or pranks” shown in the ensuing content.

You can watch the video in its entirety above.