LIRIK perfectly sums up how it feels to play PUBG

Popular Twitch streamer Saqib ‘LIRIK‘ Zahid decided to stream PlayerUnknown’s Battlegrounds on August 3rd and perfectly described how we all feel about the popular battle royale.

PUBG has a reputation for being brutally unforgiving at times as you can find yourself being eliminated within a split second by a well-aimed headshot.

Sometimes it doesn’t matter how good your loot is when it comes to being sniped across the map, as popular Twitch streamer LIRIK found out the hard way during his August 3 broadcast.

The PUBG paranoia overtook LIRIK hard during his stream, as he frantically paced around while trying to sort his in-game items to avoid being killed. A viewer commented in his chat how the streamer wasn’t “used to” the stress that goes hand-in-hand with playing the game.

“I have PTSD at this point. It’s been years, what do you want from me? I feel like someone is always scoped in on me. Every fucking time,” he laughed. 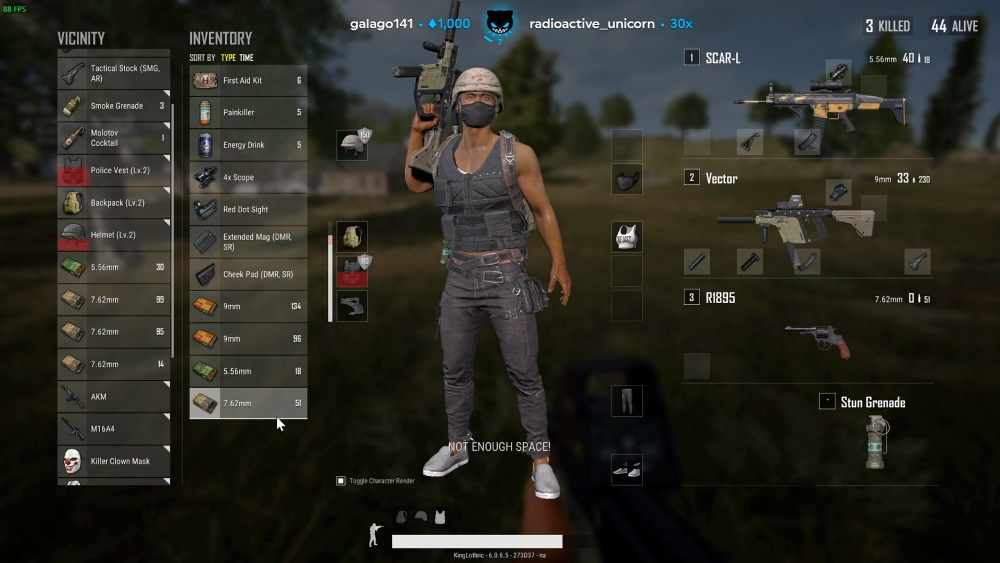 LIRIK experienced the familiar PUBG paranoia while trying to sort through his items.
[ad name=”article3″]

LIRIK thought he was out of the woods after he discarded his unwanted items. “Holy shit, we’re good, we’re good” he exclaimed in a panic. The Twitch star began to move across the map when suddenly bullets started to tag him out of nowhere.

After only taking a few steps, the streamer’s game came to an abrupt end in a way that perfectly sums up the PUBG experience, while eerily living up to LIRIK’s suspicions that he was being watched.

“Oh no we’re not! No we’re not! No, you fucker! See!” he yelled, as he watched his character die helplessly, proving to his audience that he was actually right to be paranoid all along.

LIRIK’s experience is a familiar one for most PUBG players, and it just goes to show that even when you think you’re safe, you never know who might be keeping a close eye on you through their sights for the perfect shot.

Ironically, LIRIK had also surprised Dr Disrespect with an abrupt kill in-game with what was a bizarrely coincidental interaction a few days prior on July 27.

Who knows, maybe this was the game’s form of ‘payback’.