Popular League of Legends, after using his influence to get another player suspended from the game.

Nightblue3 is known for his highly informative streams on League of Legends and has competed at events such as the 2018 All-Stars in Las Vegas, however, at times he has found himself involved in a few controversies around the game.

The Twitch streamer has now been suspended from League of Legends after he received massive community backlash for getting another player called “Nubrac” banned for two weeks by unfairly reporting him to a private Riot discord server for members of the League Partner Program. 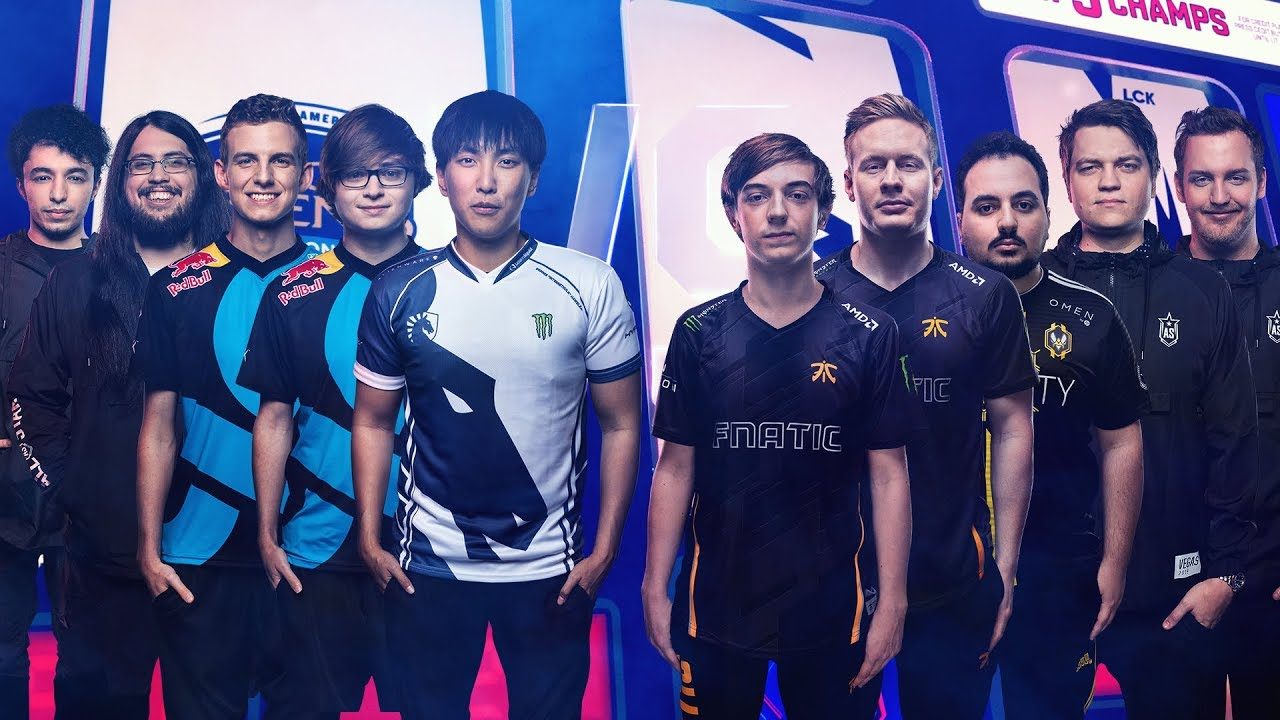 Nightblue3 (1st on left) competed on the NA All-Stars team during the NA vs EU 2018 showmatch.

Nubrac later appealed his ban and following investigation by Riot Games, Nightblue3 was issued a two week suspension and posted a picture of the chat log which got him banned from the game, where he threatened Nubrac: “You want 2 week vacation bish? I’ll call my Riot friend.”

JUST GOT A 2 WEEK VACATION pic.twitter.com/ByLtmAcRPp

Nubrac was using an unorthodox strategy which involved him leaving his lane to win the game, however, Nightblue3 viewed this as “intentionally griefing” and decided to report him instantly in a private Riot Games Discord server after threats to get him banned.

Although Nightblue3 was issued 14 day ban from the game, Nubrac’s suspension still remains in place with Riot Games confirming to Nubrac that the ban was correctly placed despite the streamer’s method of reporting the infraction. 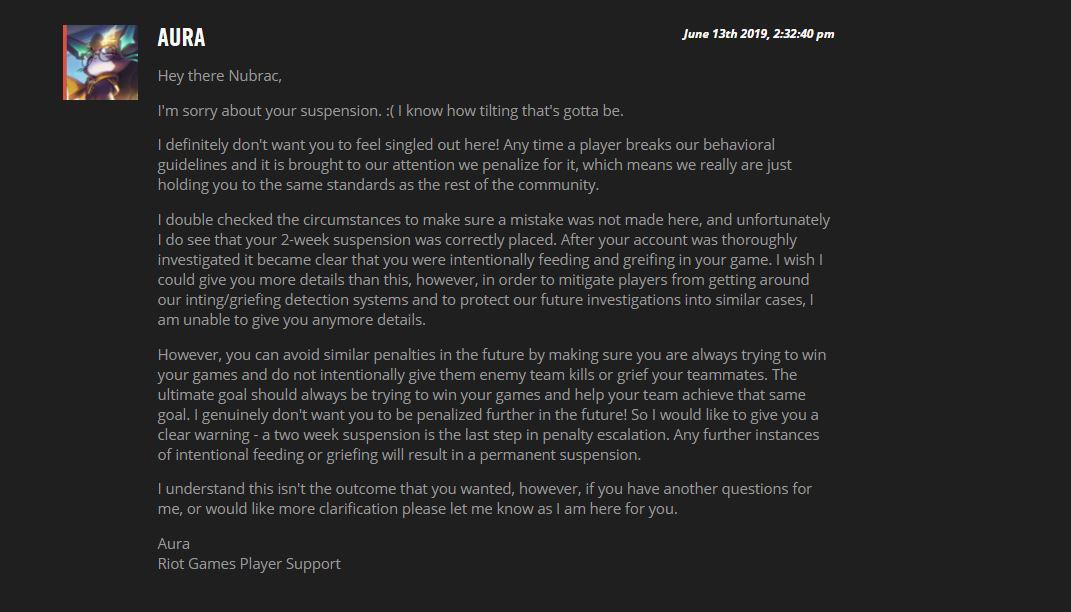 Riot games also confirmed in their response that a 14 day ban is one of the last steps in the penalty escalation and that further instances of “intentional feeding” could lead to a permanent suspension for Nubrac.

Many feel that Nightblue3’s ban was also justified, despite the fact that he is one of the most popular streamers on the game, as he was using his influence to get other players banned from the game.