Streamer Hasan mocks immature Twitch viewers who “cringe” at everything

While streaming on June 22, popular Twitch personality HasanAbi trolled his viewers with a hilarious impression of 12 year olds who “haHAA” or “cringe” at everything.

Hasan Piker is well known as being one of the hosts on The Young Turks YouTube channel, a politics and news channel which boasts over 4 million subscribers.

However, he also runs a very successful Twitch channel, with over 100,000 followers and 2.5 million channel views. On June 22, Hasan became frustrated with the state of his Twitch chat after pumping gas for his car, even jokingly taking shots at fellow streamer TimTheTatman’s followers. 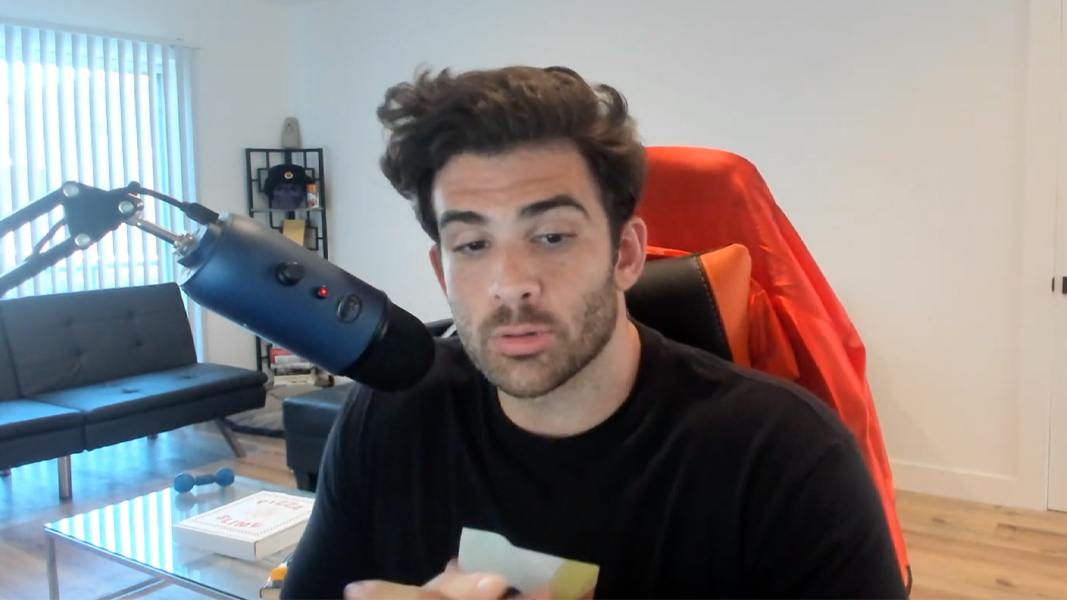 ‘haHAA’ is a Twitch emote which indicates ‘cringe’, and users will often spam it when seeing something they find cringeworthy on stream.

However, Hasan wasn’t done there, and carried on blasting his Twitch chat for their juvenile attitudes. “Why is he not playing Fortnite poggies?” he continued. “That’s what you guys sound like sometimes. Mmm eat her ass! Eat her ass! Fucking what is this? The TimTheTatman refugee camp for when he’s not streaming?”

The shots at TimTheTatman play on the stereotype of his young audience, and their sole interest in Epic Games’ popular battle royale.

While his dig at TimTheTatman is certainly not to be taken seriously, Hasan was clearly frustrated with his Twitch chat, and was commenting on what he sees as wider immaturity and toxicity from Twitch chats, and the culture of calling anything and everything ‘cringe’.