Popular Korean Twitch streamer ‘HAchubby’ had a new stream setup to show off to her fans, but her elaborate trick to do the big reveal failed in embarrassing fashion.

HAchubby’s meteoric rise on Twitch has been reflected in her constant upgrading of equipment. Thanks to donations from regular viewers, she managed to upgrade from a small laptop webcam to a fully kitted out desktop over the last year.

She usually shows off all of her new gadgets with the same bubbly energy as the first time, smiling from ear-to-ear. However, her attempts to pull off a grandiose reveal for her green screen failed, leaving the streamer embarrassed on December 9. 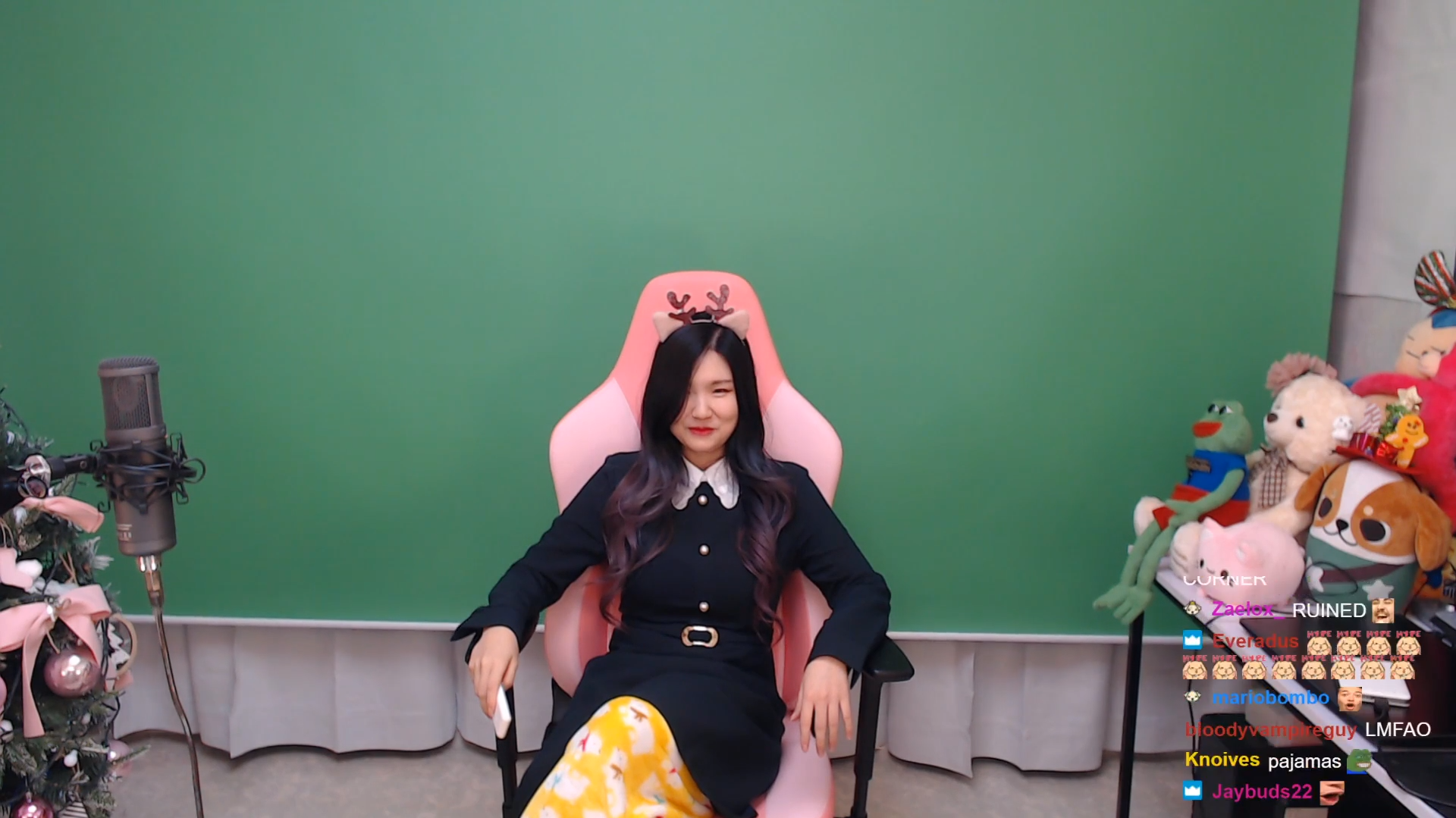 HAchubby wanted to show off her new green screen, but not everything went to plan.

“I am buy a new screen,” she said, clicking her fingers and expecting a big dropdown. However, instead of the buzzing of the motor, she was met with silence, and the streamer fell into a slight panic over the fail.

She got the remote and tried again, and again, with the green screen refusing to drop down the way. With every attempt, the Just Chatting personality got more frantic and confused, looking ready to jump up and pull the screen down herself.

Her chat was laughing at the streamer’s embarrassing moment, as time after time nothing seemingly went to plan. One donation even suggested that the reveal had already happened, and that the curtains in the background were being played on the green screen.

After about half a dozen attempts, and a bit of fiddling around, she managed to get it to drop down the way she intended. As the victorious hum of the motor rang in the background, she sat down on her chair, looking like a queen on the throne.

She looked almost relieved when the screen finally worked, and her chat was equally as excited. The chat even ignored all of her previous attempts to say it worked “first try,” and with some good Twitch clipping skills, that could very well be the case.

The green screen is pretty big, covering the whole of her back window, although she might need to make a couple of adjustments to make sure it fits the frame of her stream.

HAchubby has been able to afford more and more goodies for her stream collection thanks to donations from her loyal fans. After starting out streaming from her U-Mart clerk job behind a laptop screen, she’s now got a fully decked out setup.

The green screen will go a long way for the Korean streamer, helping her make more amusing content — if it drops down when she really needs it, that is.