Dr Disrespect is officially atop the Twitch subscriber charts ahead of other streamers like Félix ‘xQc’ Lengyel and Nick ‘NICKMERCS’ Kolcheff, a huge step up from being Twitch’s third most-subscribed streamer in October 2019.

One month on from being in the third-place spot, the Doc has had an incredible few weeks. Not only has his subscriber count increased and made him the Face of Twitch once again, but he is now a two-time award winner after being named Streamer of the Year at Esports Awards 2019.

That’s why it’s of little surprise to see him be the most-subscribed channel, but it’s still impressive nonetheless. 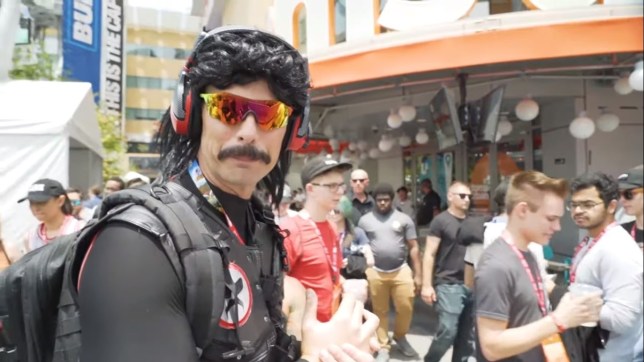 The Doc is back on top after fighting off the competition.

According to metrics site Twitch Tracker, the Doc has over 31,000 subscribers on Twitch at the time of writing, almost 4,000 more than surprise runners up, CriticalRole, a primarily D&D-focused channel which plays various games and takes part in talk shows, podcasts and more, providing a variety of content for viewers.

In third place is last month’s number one xQc, who has just over 26,000 subs to his channel. Impressively NICKMERCS comes in at number four with over 23,000 subs, but a whopping 763 of those are tier 3 subscribers – more than twice as much as the three channels above him combined.

Rounding out the top 5 is MOONMOON, a former Overwatch streamer who now plays various games for his audience.

The top five most-subscribed Twitch channels at the time of writing.

Completing the top 10 are some other familiar faces – Tim ‘TimTheTatman’ Betar, Jaryd ‘Summit1g’ Lazar and Edwin ‘Castro’ Castro to name a few, as well as variety streamer AdmiralBahroo, who jumped six places into sixth place.

The award win likely helped the Doc gain a few more subs, but he was always going to be amongst the top anyway. However, knowing that he is number one on Twitch once again must be a nice thought to help him sleep at night.

All of these streamers are probably benefitting somewhat from the likes of Tyler ‘Ninja’ Blevins and Michael ‘shroud’ Grzesiek heading to rival platform Mixer, both commonly being found near the top of the rankings when they were still streaming on Twitch.

Now the best way for the Two-Time to prove his streaming dominance is to finish the year at number one again and see in 2020 as Twitch’s most subscribed streamer.