In the last few months, TikTok has taken the internet by storm as users of the social media app have been lining up to create clips of themselves – usually dancing, signing, or following some sort of viral trend in a similar way to how Vine worked back in 2013.

While plenty of new stars have been born from the app – including the likes of Charli D’Amelio and Addison Rae – content creators like Ninja have also been getting on board. However, he hasn’t been as successful as the others and has been given some words of advice from Dr Disrespect. 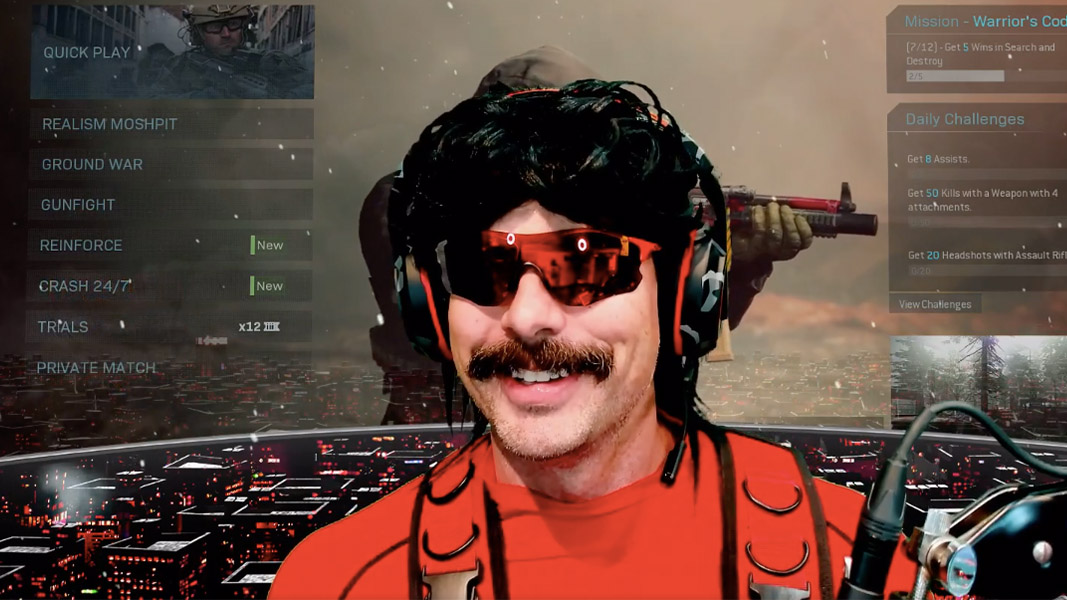 The Doc never holds back when it comes to giving his opinion on something.

During his February 27 stream, the Twitch star had been continuing his journey into Overwatch when some of his viewers brought up TikTok. The Doc immediately aired his dislike of the platform before putting Ninja’s clips in his crosshairs.

“Listen, Ninja has the worst TikToks – I’m just going to come out and say it since no one else wants to,” said the Doc before delivering his message to the streaming superstar. “Ninja, hey, Dr Disrespect here – Two-Time, back-to-back. Ninja, if I were you, I would save your brand by not making any more TikToks. Don’t, just stop it. Knock it off.”

In typical Doc fashion, though, he kicked things up a notch and added a bit more power to his message. “Knock it off man. That’s enough!” he yelled out. “Ninja, that’s enough. No more TikTok.”

The message left the Doc’s fans spamming laughter in his chat, clearly entertained by what he’d just laid down.

Whether or not Ninja himself will ever heed the message from the Two-Time remains to be seen but if he’s having fun with the app, then, he’s probably going to carry on regardless of what anyone says.