Any viewer of Twitch will be familiar with Dr Disrespect’s channel. The eccentric gamer is the creation of Guy Beahm, and has been acclaimed on the streaming platform, best known for his incredible outbursts and passionate gameplay commentaries.

The acclaim with which he is considered is summarized by his victory at the 2019 Esports Awards, where he took home the prize for Best Streamer, beating out fabled creators like Jack ‘CouRage’ Dunlop and Turner ‘Tfue’ Tenny.

While the Doc is known for a variety of games, such as PUBG and Modern Warfare, Symfuhny is almost exclusively known for Fortnite. 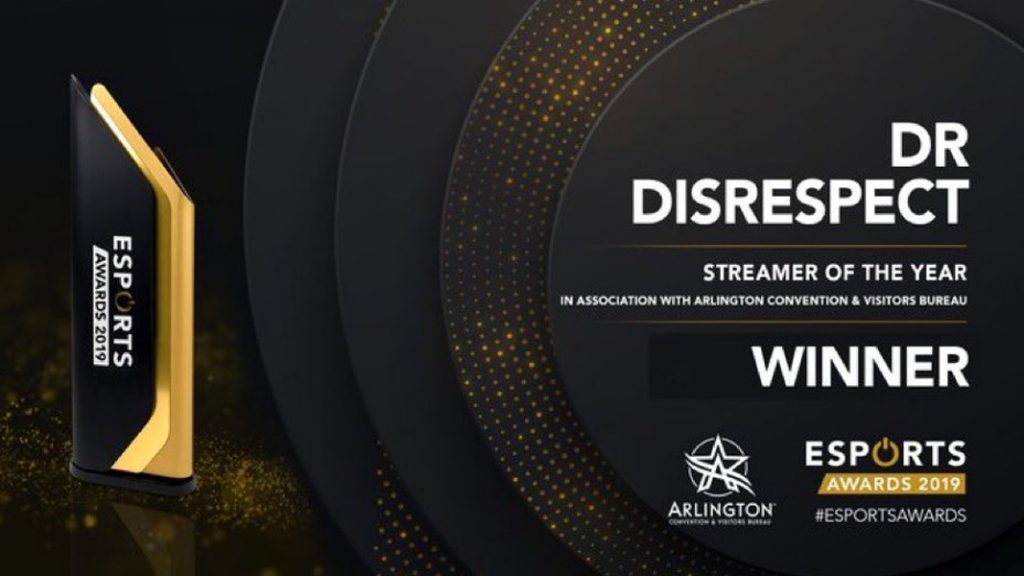 The Doc took home one of the night’s biggest awards.

Lanier’s affinity for Epic Games’ battle royale saw them send him an early Christmas present, which he shared with his half-a-million followers. “Oh my god!” he tweeted. “Fortnite sent me a freaking holiday package”.

The image shows a host of Fortnite merchandise, including jumpers, backpacks and even toy Nerf weapons. While much of his audience was impressed, the Doc was not among them.

“Nice,” the Doc joked. “Now you can give it away at a 6 year old kid’s birthday party.”

Nice! Now you can give it away at a 6 year old kid’s birthday party.

Not only is the Doc insulting Fortnite, with it’s rather juvenile gift set, but also Lanier’s audience, whom he insinuates consists of mainly 6-year olds. The tweet went down well on social media, with over 5,000 likes.

However, the Doc didn’t just stop at roasting Symfuhny, he also hit out at pro Call of Duty player Ian ‘Enable’ Wyatt. The Seattle Surge player joked that if he retired from CoD and committed to full-time streaming, the Doc’s success would be over, which the Doc quickly shut down.

Wow, I didn’t know this little Halo player wanted to get involved.

Disrespect even roasted the runner up for Streamer of the Year, CouRage, by mocking his well-known streaming mantra: “Don’t take part, take over.”

I’m still trying to figure out what the hell you took over because it certainly wasn’t my platform.

The Doc appears to be going from strength to strength, and rumors swirl regarding his streaming future, with many speculating that Microsoft’s Mixer may soon be making a swoop for the two-time.

CouRage also moved away from the Amazon-owned platform recently, opting to move to YouTube exclusively, but Dr Disrespect continues to boost that he’s the “face of Twitch”.

Away from his success, he’s simply proved, once again, that he will always have the last laugh.