For the first time in human history, scientists were able to capture an image of a black hole – and humanity has already meme’d the achievement into oblivion.

Memes aren’t the only oddity to come out of the black hole photo, however; cosplayers have likewise taken the development by storm, creating interesting takes on a humanoid (or ‘Gijinka’) version of the astronomical phenomenon.

Popular cosplayer ‘Kayyybearxo’ created a version of the humanoid ‘Black Hole-Chan,’ putting together an ensemble using the orange and black colors in photograph of the black hole – even applying orange contacts and cradling a miniature Earth plush for good measure.

Instagram model Dani Sciacca likewise put together a likeness of the celestial anomaly, featuring a series of planets swirling around her head paired with a black ensemble.

Even massively popular cosplayer Jessica Nigri has teased what appears to be an upcoming costume of the black hole by posting progress shots of the costume to her Twitter account.

While Nigri has yet to show full photos of her complete design, it appears to show a double-layered wig with an orange ring – likely a nod to the black hole’s shape as seen in the photo.

Black Hole-Chan’s popularity follows the creation of Earth-Chan in late 2017, who was reportedly created after artist ‘Trinimmortal’ toyed with the idea of publishing an anime based on the planets in response to Flat Earth conspiracy theorists. 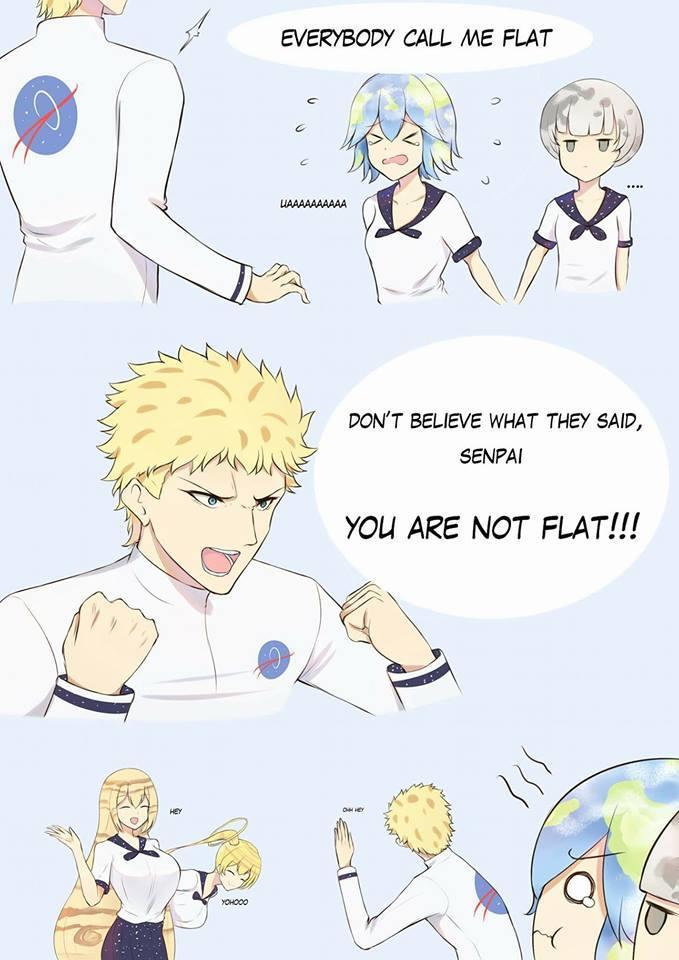 Earth-Chan inspired a slew of hilarious comics poking fun at the Flat Earth conspiracy theory, as shown above.
https://knowyourmeme.com/memes/earth-chan

The concept quickly gained traction and led to a slew of humanoid renditions of all the planets in our solar system – leading to Black Hole-Chan’s creation after the hole’s photo was released in April 2019. 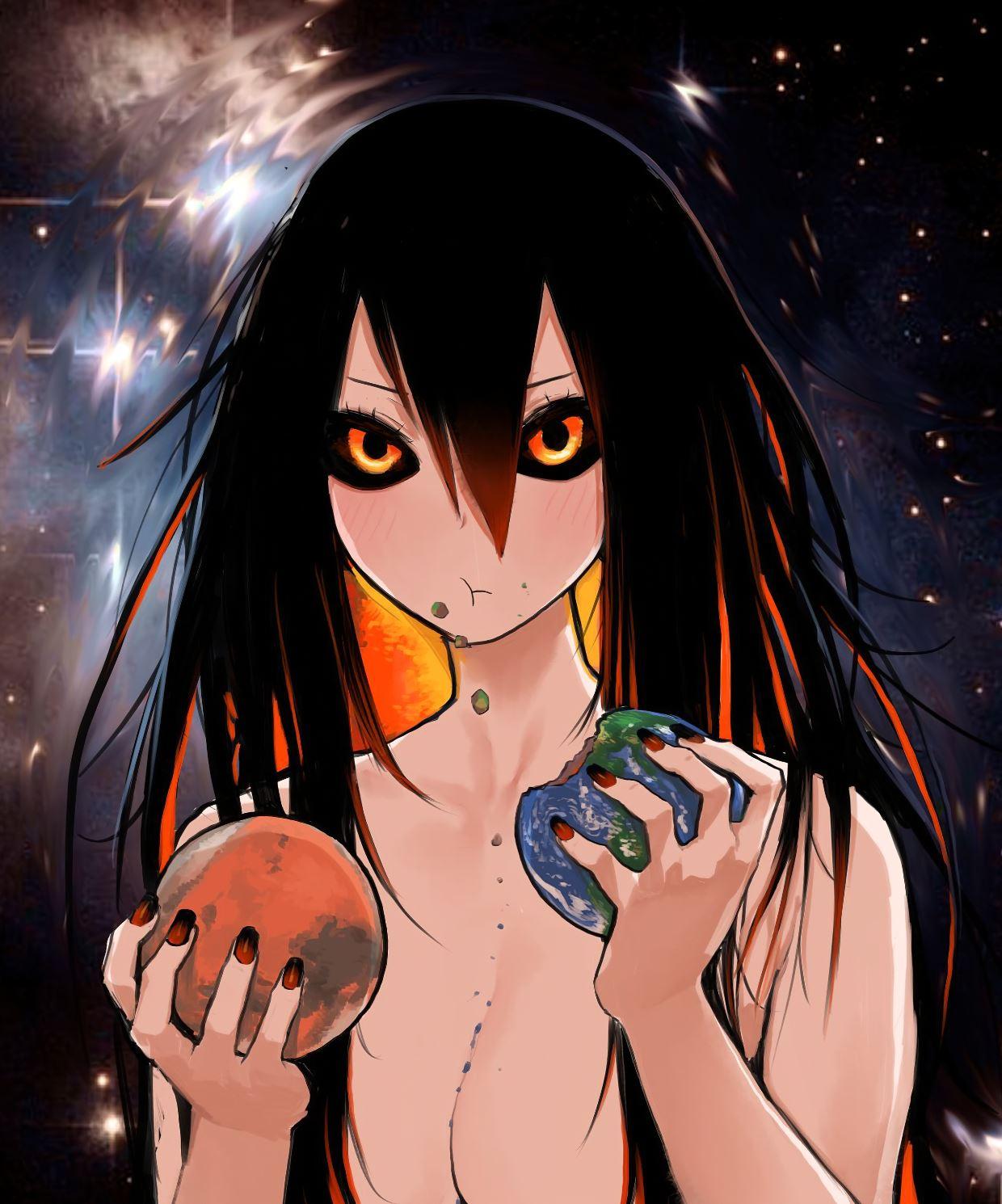 Japanese artist ‘unkomoreso720’ created a highly-circulated drawing of Black Hole-Chan, where she can be seen devouring planets in her wake.
https://twitter.com/unkomoreso720/status/1116054851698356225

The significance of the black hole photo

The black hole photo was made possible by a combined effort of multiple satellites across the globe, which worked together to capture the groundbreaking image smack-dab in the middle of the Virgo A galaxy Messier 87.

That didn’t stop people from memeing the accomplishment, however, with some comparing the black hole to the Eye of Sauron or even photoshopping Homer Simpson eating the star like a donut. 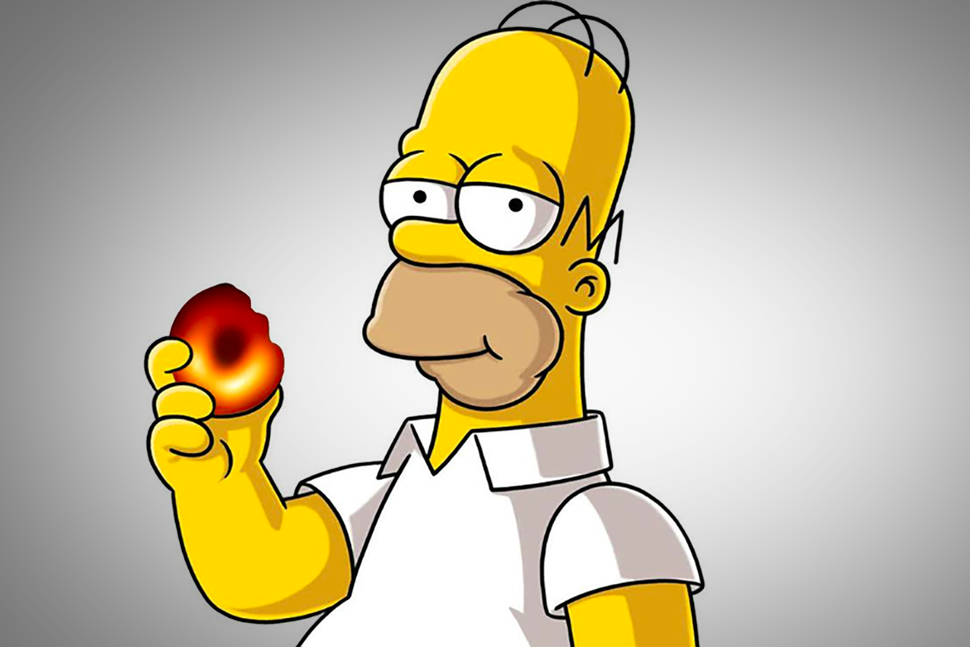 The significance of the black hole wasn’t lost on the masses – although they made sure to meme the image into oblivion.
https://www.pocket-lint.com/gadgets/news/147735-best-black-hole-memes

With Earth-Chan’s massive popularity, there’s no telling what lengths cosplayers will go to in an attempt to recreate the black hole -but the trend is already taking off at breakneck speeds.