The next time someone wants to tell this Australian female streamer to put on more clothes should probably think twice before typing it out in chat.

22-year-old streamer ‘KnightSinclair,’ who hails from Melbourne, Australia, decided not to put on too much clothing while live-streaming due to the extremely hot weather in her area.

Predictably, several of the viewers in the chat began questioning her decision and telling her that she should have dressed more conservatively.

It quickly got to the point where Knight Sinclair could no longer hold her temper and she began ranting about she’s allowed to “not wear clothes” when it’s as hot as it was. 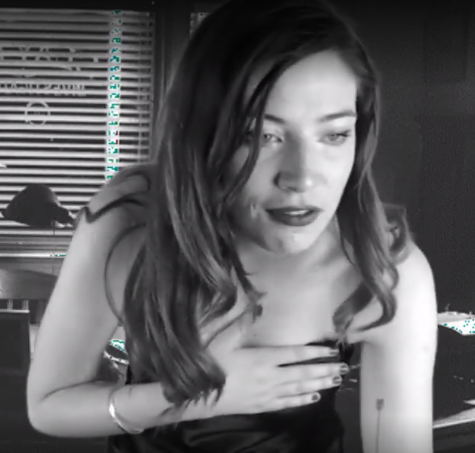 Needless to say, KnightSinclair was not amused at her viewers scolding her for dressing lightly.
[ad name=”article3″]

The streamer did not stop there as she went on to explain to her viewers that just because she’s trying to avoid the heat by wearing lighter clothing does not make her a “Twitch thot.”

For those who are not aware of the term, “Twitch thot” is what the streaming community refers to any female streamer who likes to dress lightly in order to use their good looks to draw in views.

“Take it! Take me being a little bit less clothed and expect me to be not a thot. I’m allowed to not wear clothes!” she said to the “sweet lovely boy” in her chat.

Unfortunately for Knight Sinclair, and many other female streamers, viewers will often question and berate them whenever they decided to dress lightly on stream, even if it’s for something as simple as trying to stay cool in hot weather.

Such is the state of Twitch today, and will remain so until there is a fundamental transformation in the mentality of viewers.

How to get Chikorita, Bayleef, Meganium in Pokemon Brilliant Diamond & Shining Pearl